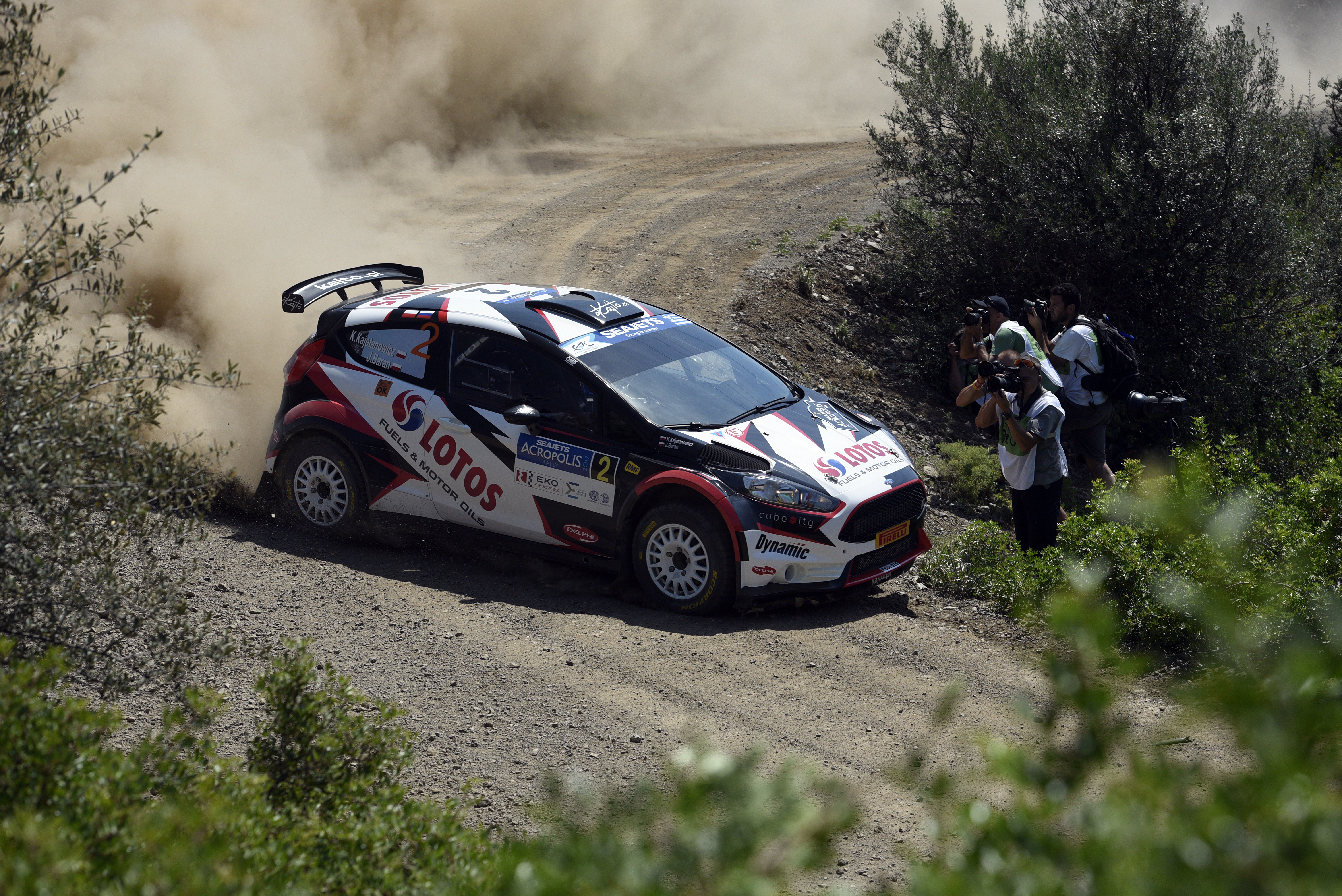 Kajetan Kajetanowicz has increased his stage wins tally in the European Rally Championship to 107. The LOTOS Rally Team driver, co-driven by Jarek Baran, showed excellent pace on extremely tough gravel roads of Acropolis Rally. After the opening stage and sixth fastest time by the Ford Fiesta R5 crew, Kajto and Jarek won two other stages. At midday they are just a few seconds behind top three position in the overall classification!

Roads full of sharp stones and bumpy sections cause make the drivers’ life very difficult every year. Many competitors punctured their tyres in thick clouds of dust – it happened also to Kajetanowicz. However, the Polish driver did not loose much time and quickly started to make up the lost ground. He won SS2 Amfissa and another stage victory on SS3 Paleohori brought him into top five of overall standings. After more than 51 kilometres of fight he trails third-placed driver by less than 7 seconds.

After three special stages the crews headed to the service park located in Lamia, almost 1500 kilometres away from the capital city of Poland. The mechanics have just 30 minutes to prepare the car for the second part of today’s battle. In the afternoon the competitors tackle the same set of three special stages, beginning with SS4 Gravia (24.81 kms), then moving into Amfissa (14.29 kms) and finally Paleohori (12.43 kms).

– It was a good but very difficult loop. Already the opening stage proved how difficult Acropolis Rally is: we got a puncture. After wheel change we won two other stages. I enjoy driving a lot, I am happy with every kilometre although it is not easy. It is very hot inside the car, I think the temperature exceeds 60 degrees centigrade. We drink plenty of water, I assume that everyone is going to drink around eight litres today. We are trying to manage our energy because this rally is very demanding from physical point of view. The stages are very twisty, so I have a lot of work behind the steering wheel.