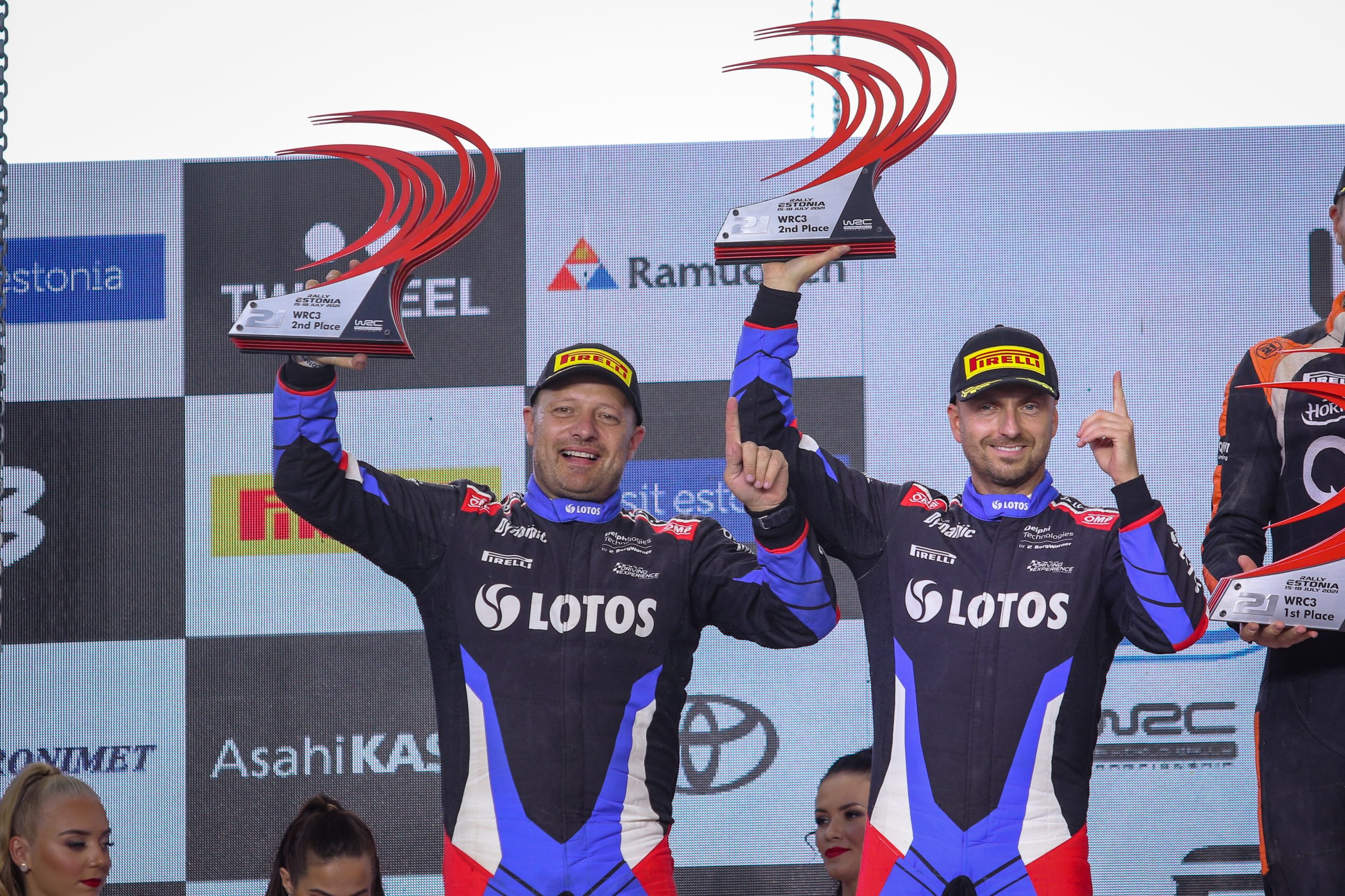 Second place in Rally Estonia 2021 for Kajetanowicz and Szczepaniak!

Kajetan Kajetanowicz and Maciej Szczepaniak claimed second position in Rally Estonia! The Polish crew, competing in the WRC-3 category, scored their third World Rally Championship podium this year. The LOTOS Rally Team duo after another solid performance added valuable points to their tally, closing the gap to the championship leaders.

Rally Estonia is known as the festival of speed for a good reason: average speed on most of the special stages exceeds 100 kph and sometimes reach even 120 kph. Kajetan Kajetanowicz and Maciej Szczepaniak showed good and consistent pace, finishing 15 special stages in top three. They were classified in second position, scoring 18 points and setting the score in this event – after crashing out on the final stage last year.

– We finish Rally Estonia in second position and of course we are happy with this result. We took up the challenge and fought for more points on the Power Stage. We set the fastest time first time out, but during the second pass unfortunately we lost a tyre in deep rut, so that was it. With adrenaline running at high level, sometimes it was hard to resist and stop pushing for one hundred percent from start to finish, our aim is to win the world championship and this is a long-term plan. We have seven rallies to complete and the result will be known at the end of the season. This is why we need to look beyond every single rally. We need to perform at our best in every single round. We have two wins out of four rallies and now also one second place – these are fantastic results. This is an effort of the whole LOTOS Rally Team, achieved thanks to our hard work and dedication, required at the WRC level. Many thanks to my family, our fantastic fans and invaluable partners – without your support we would not be here. Now we have to speed up our preparation for the next event, with maximum focus – the fight at the top is very tight and we will not give up

Thanks to a solid haul of points scored in Estonia, the Polish crew closed the gap to the championship leaders, increasing their advantage over other rivals. Rossel remains in the lead, on 98 points, Kajetanowicz has 82 points and trails the leader by 16 points, with Ciamin in third on 57 points – all championship contenders scored in four rounds. Five best scores out of seven rallies count towards the final WRC-3 classification.