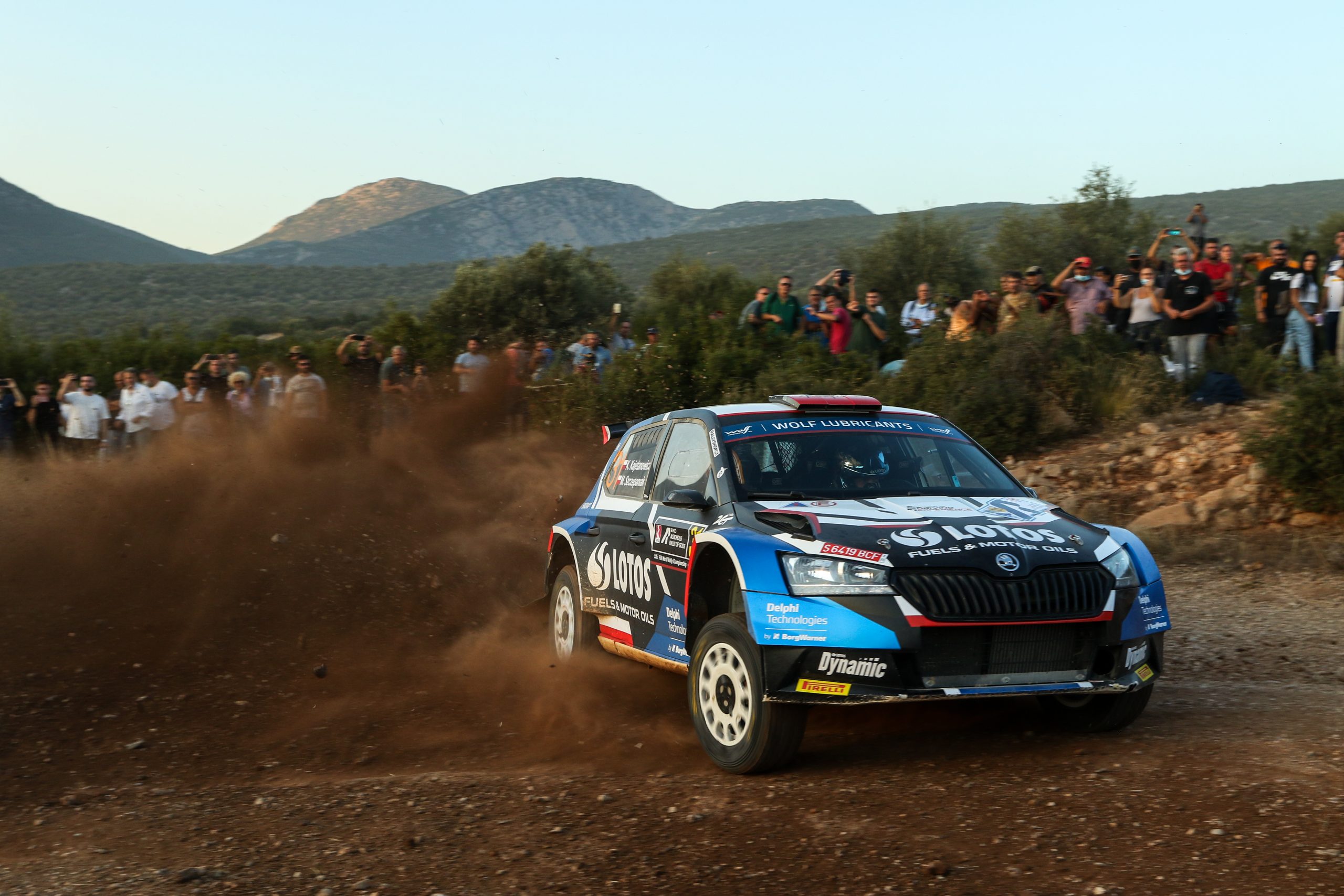 Kajetanowicz and Szczepaniak in fierce battle in Acropolis Rally

The longest and most demanding leg of the 65th Acropolis Rally is underway. Kajetan Kajetanowicz and Maciej Szczepaniak fight for top positions in the WRC-3 category, showing excellent pace and winning special stage number nine. The Polish crew managed to beat all factory cars, recording a top-ten result in the overall standings.

The day started with a very twisty Pavliani test (24.25 kms), where Kajto and Maciek set fourth-fastest result. They picked up the pace on the following stage, Gravia (24.81 kms), finishing this test in runners-up position. On special stage number nine – Bauxites (22.97 kms) – the LOTOS Rally Team crew recorded the fastest time, defeating also all factory cars competing in the WRC-2 category. After cancellation of the next stage, the crews headed for a routine service break. The WRC-3 field should provide an exciting competition on the second loop. Kajto and Maciek are classified in third position, just seven second behind the rally leaders and with 0.2 seconds gap to the second-placed crew.

– The competition in Acropolis Rally is very tight and we are swapping positions at the top. We proved our good pace and motivation in the fight for victory on the final stage of this loop, which we won also against all factory crews. The beginning of the day was not good for us but we improved our suspension set-up a bit and everything fell into place. As I said before, such small margins between the crews are quite surprising. It is a very difficult and complicated rally. The roads are covered with large stones, there are many slippery sections and you have to choose your tyres carefully. Our team do a great job, just like Maciek and I – and we are in the hunt for victory

Unfortunately, we received terrible news from Poland: a fatal crash occurred during Rajd Śląska, round five of the Polish Rally Championship. This sport, although wonderful, can be cruel as well. The hearts and thoughts of our team are with Tomasz, family and loved ones of Agnieszka – an excellent rally co-driver who sadly lost her life.