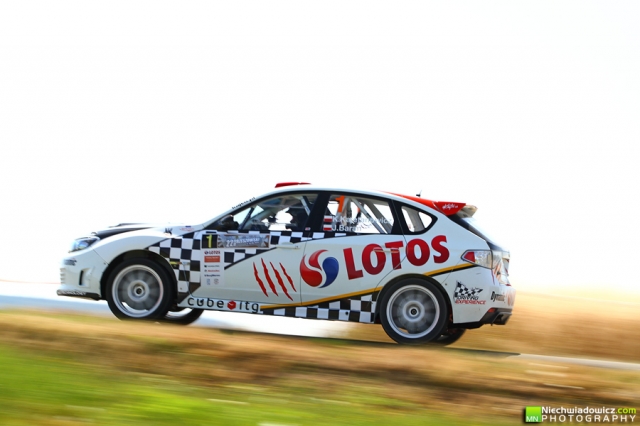 Kajetanowicz and Baran to compete in the Rzeszowski Rally

Kajetan Kajetanowicz, current Polish Champion navigated by Jarek Baran, by winning a month ago the Karkonoski Rally tied a record of 17 victories in the general classification belonging to Janusz Kulig. Kajetan with Jarek won everything possible in the first half of the season – they won all the rallies and over 70% of the special stages. They already took the leadership during the first round and increase their domination in the national championships. Rzeszowski Rally, beginning next Thursday, will start the second half of the season in the Polish Championships. We asked the LOTOS Rally Team – unbeaten for over 1.5 year on Polish tarmac – for a comment.

Kajetan – you were the fastest and won on the Subcarpathian routes last year – what is exceptional in this round, what do you associate Rzeszowski Rally with?
Kajetan Kajetanowicz: – I would say that with a difficult and demanding rally. But in no way Rzeszowski stands out against the other rounds, because, fortunately, all are like that. Nevertheless, there is something that characterises this rally – stages with invisible corners crossing through peaks and very narrow tarmac. I love to drive such fast and rhythmic routes. This makes it one of my favorite rallies. A major challenge will be a long Lubenia stage that ends Friday loops. Especially considering the extremely high temperatures in the car. It’s a special stage where certainly my muscles, but also the head, will work very hard. In short – we will have to make an effort. However, this amazing experience is why we compete in rallies. Probably for some people it is hard to believe, I do not blame you. It’s not easy to explain, but all this makes the sport attractive to me! So much that I can’t stand long without rallies and just love doing it! There is another reason why I like Rzeszowski Rally – here I won my first stage in a general classification a few years ago.

You talk about your starts with an extraordinary passion. But the rally is not just the three days of competition. Are you also that eager to work between rounds? Does your attitude towards rounds change during the season?
Kajetan Kajetanowicz – We always start with an assumption of winning. Rallies are a type of sport that almost always brings surprises, nothing prior to the event can be anticipated with 100% certainty. What we can do is to underdo everything before the rally as much as possible – which resembles a grouping of individual cells into a one long chain. Constantly strive for excellence and educate. In-between the rallies it’s what we focus on. During the competition I try to use as good as I can what we have developed. I always want to drive better than ever, I feel a huge boost before each stage, but also as great motivation to continuous development.

Jarek – how do you regard this year’s Rzeszowski Rally routes configuration?
Jarek Baran: – After three rallies, where the stages had a mountain climate, Rzeszowski has a slightly different characteristics. This doesn’t change the fact that this is a technical rally with quite consistent specifics of stages – they don’t different from each other significantly. Of course, there are surprising changes in adhesion, but it’s rather flat and a little racing round. Lubenia – probably the longest tarmac stretch in this year’s championships – again in a new configuration. The number of routes and possibilities seem to be endless. Although most of the fragments are known to drivers, the new layout requires focus. The stages in the city center are an excellent way to promote motor sport. Each of the organisers makes an effort to prepare such a stage and it deserves recognition. It’s especially interesting for those who will not see the other stages. This allows them to be closer to the competition.