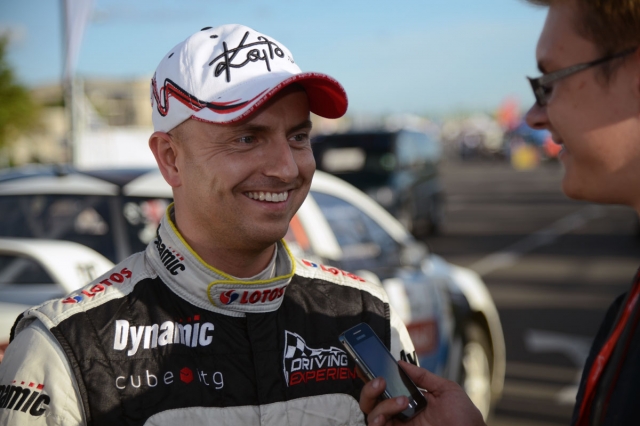 One of the oldest rallies in the world, the most prestigious motorsport event in Poland, over 200 kilometers of challenging routes, 13 gravel stages and a large group of competitors from Poland and around the world willing to face them. Among them multiple Polish Champions – Kajetan Kajetanowicz and Jarek Baran who won two of the last three Rallies Poland. The unbeaten this season in the national championships LOTOS Rally Team crew will take on Mazury in a new car – Ford Fiesta R5. The 60th start of Kajetan in the Polish Championships rounds will, at the same time, be his debut in a rally car of this class.

Kajetan Kajetanowicz Do dreams come true? Probably not all of them. Though their accomplishment takes usually a long time and means a lot of hard work, I know it’s totally worth it. Start in such a car, which was still in my dream sphere a few months ago, has now become a reality. Many thanks to all my team members, especially the titular partner – LOTOS Group for the opportunity to compete in this unique event at the highest level. Guess what appeared on my face when I found out that I had the occasion to compete in Fiesta R5. This is as intriguing as the first kiss stolen a girl in the kindergarten. Although today I have a more ambitious challenge I’m all excited within.

Jarek Baran It will be my twentieth performance in our flagship event. However, I don’t remember such a condensed Rally Poland. In the small area between Mragowo and Mikolajki  are marked up six long and demanding stages. Four of them are partially known to us from previous events, but Mragowo and Biskupiec are entirely new routes. We will encounter everything we like on gravel: wide and narrow paths at full throttle, driving sideways, and for dessert big and small jumps. This will be complemented with a super stage on the Mikołajki circuit. The schedule isn’t tight, so experienced fans will be able to take part in a few stages a day. And the most important thing – the whole Lotos Rally Team will participate, therefore this year’s Rally Poland is a real feast for all rallies lovers.