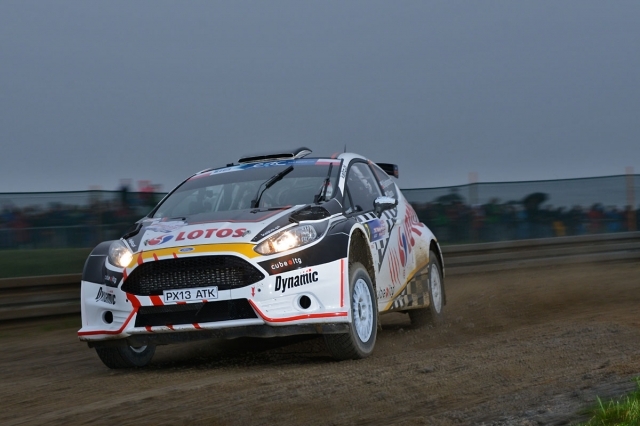 Kajetan Kajetanowicz and Jarek Baran begin New Year and new season at the same time. In 2014 they focus on competition outside Poland. They will spend New Year’s Eve in Austria, where they start their adventure with FIA European Rally Championship at the beginning of January. Reigning four-time Polish Rally Champions switch to Ford Fiesta R5 and start the season with first round of European Championship – Janner Rallye. 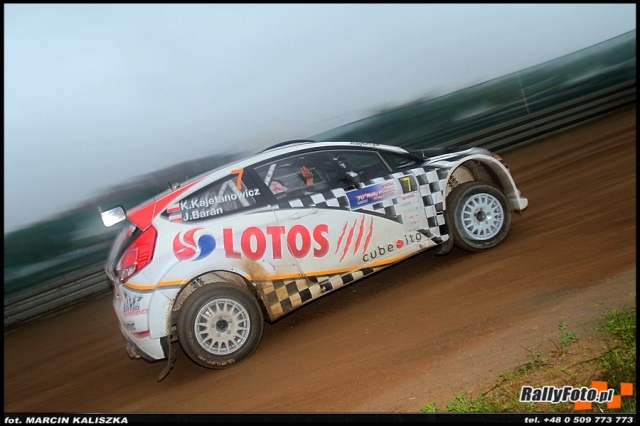 Kajetan and Jarek have already achieved great results in European Championship, including three victories in Rally Poland and stage win coupled with setting some competitive times during Janner Rallye in 2013.

Kajetan Kajetanowicz It is incredible feeling: we have just finished 2013 season, collected our trophies and in a few moments we jump into rally car again. Last year after Janner Rallye I said that we were ready to face new challenges. Recently my words have always come true and this is only thanks to our Partners, who support LOTOS Rally Team, and thanks to our constant, hard work. I have always dreamt about having an opportunity to compete with strong rivals in a technologically advanced car. The car will be prepared and serviced by M-Sport Poland from Krakow. While I begin a new chapter in my career, I still have past years and people who I worked with in my mind. I want to say “thank you” to Rallytechnology team, which has undoubtedly contributed to my successes to date.
The forthcoming season will definitely be great, but at the same time very intensive. I am more than happy about it :-).

Jarek Baran The reconnaissance at Janner Rallye starts on 1st of January in the morning, so we will spend New Year’s Eve in rally environment. Most of the stages are the same comparing to 2013 edition, there are only some cosmetic changes. The only question mark is weather and amount of snow during the rally.

Jowita Twardowska  Communication and CSR Director of LOTOS S.A. Our 2013 season was very successful. I am glad that our partnership with Kajto as a part of LOTOS Rally Team will continue into 2014. He is an excellent driver with huge potential which should enable him to succeed on international level. We keep our fingers crossed for his performance in challenging, winter Janner Rallye.

Starts of Kajetan Kajetanowicz and Jarek Baran are supported by strategic partner of LOTOS Rally Team – LOTOS Group – as well as Driving Experience and CUBE.ITG.