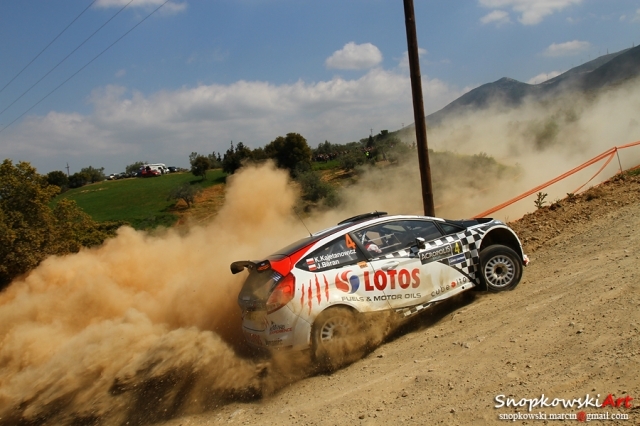 Excellent pace of Kajetanowicz and Baran in Acropolis Rally

After setting fastest time in SS9 Loutraki, which was the final stage of the first loop on Sunday, Kajetan Kajetanowicz and Jarek Baran moved up to second position in overall standings of Rally of Gods. 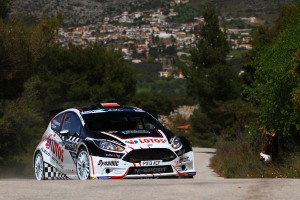 After yesterday’s tarmac leg, today action returned to gravel routes which were used in the World Rally Championship events. LOTOS Rally Team crew started the day with very good pace. They recorded second fastest time in the opening stage of leg two, finished the next test in top three and won the final stage of the morning loop.
Drivers who came to Greece and compete in one of the most difficult rounds of the FIA European Rally Championship are the cream of European rally drivers crop. The crews still have four stages to go and the second Sunday loop begins with short, tarmac Super Special Stage in ancient Korinthos. In the afternoon the drivers will tackle the same three gravel stages which were already contested by them in the morning.

Kajetan Kajetanowicz  The day started very well for us and we are very happy with the times we set in three stages this morning. Yesterday I said that my experience on gravel is relatively small and here the type of gravel is completely new to me. Today’s stages are very hard for suspension and tyres. On the other hand we have tremendous fun and we are pushing very hard – sometimes even too hard :-). But this is the risk that we take in order to get the best possible marks after this difficult rally lesson.