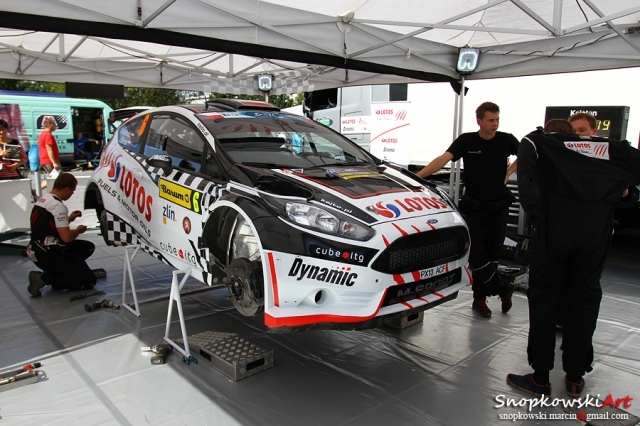 Kajetanowicz takes up his next challenge

Over 200 000 enthusiastic fans along the route, 240 kilometres of demanding special stages, more than 200 journalist and photographers from many countries and finally the best crews which at the end of August will take part in Barum Czech Rally Zlín, round eight of FIA European Rally Championship. 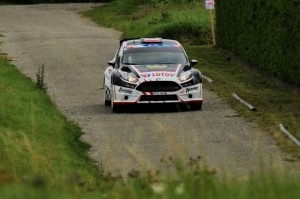 Kajetan Kajetanowicz and Jarek Baran, driving Ford Fiesta R5, will contest all remaining rounds of 2014 FIA European Rally Championship. LOTOS Rally Team crew begins their second half of the season with Barum Czech Rally Zlín, based in eastern Czech Republic. The reigning Polish Champion has never started in this event and at the same time it is his first true tarmac rally in over six months. Barum Czech Rally Zlín is regarded as extremely challenging event because of changing grip levels, as well as very narrow and bumpy roads running through forests and fields around Zlín – rally capital city of Czech Republic. For Kajetan Kajetanowicz it is another chance to face tough opposition taking part in this year’s FIA European Rally Championship. On top of that there are many local heroes and drivers who took part in this rally more than once. Here experience is essential and last year’s results are the proof: all three podium places were taken by Czech crews. Jan Kopecký took his third victory in this event, runner-up Václav Pech has more than dozen starts in Barum Rally to his name and third-placed Jaromír Tarabus missed just one edition since 1999. Kajetan Kajetanowicz in his first outing in this rally will try to compensate his lack of experience with enormous fighting spirit.

Kajetan Kajetanowicz There are no easy rallies in FIA European Rally Championship and it is no coincidence that the motto of this series is “Serious Competition Ahead”. I have never contested Barum Czech Rally Zlín, just as it is the case with every other round awaiting us this season. It makes me even more hungry to start the engine of my Fiesta and compete in this new rally against rivals who know the route very well. I am looking forward to this fight, I have great team and together we will do everything to entertain large numbers of spectators with the best rally show possible. We tackle this beautiful rally after long summer break and today I miss particularly the best support, the support of Polish fans. I hope I can count on you during Barum Rally :-).

Video from our test before Barum Rally available on YouTube