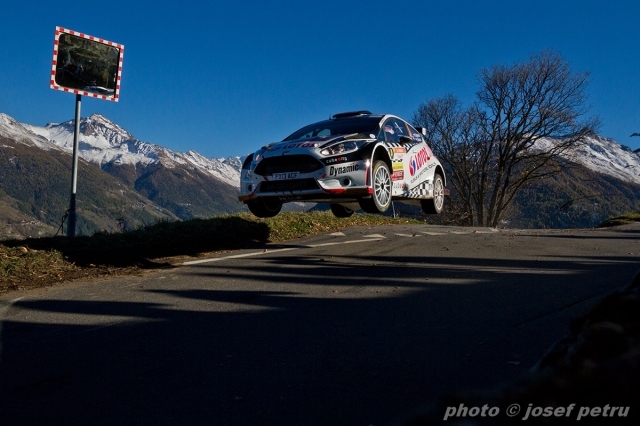 Kajetanowicz and Baran maintain quick pace in the Alps

Polish crew stick to the plan and consistently pursue their goals on mountain stages of Rallye du Valais. Kajetan Kajetanowicz and Jarek Baran finished penultimate, longest loop of Swiss FIA European Rally Championship round and maintained second position in overall standings. Today they added another excellent results to their tally, scoring another stage podium and bringing their total number of top three stage times to eight. LOTOS Rally Team crew set competitive times on the rest of the stages, including the longest stage in FIA ERC 2014 calendar: Les Cols test, measuring over 32 kilometres in length, running through three mountain passes in the Alps. 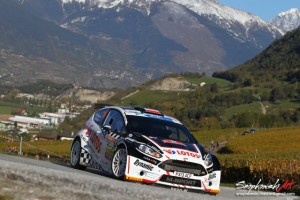 Kajetanowicz and Baran started leg three of the rally with solid and consistent pace on 16-kilometre Champex-Lac test at the foot of Mont Blanc. The next challenge awaited on Bruson stage, with significant part running on gravel. Polish crew have instantly adapted to this unique feature of tarmac rally and recorded third fastest time. On two remaining stages Ford Fiesta R5 sporting LOTOS Rally Team colours was also one of the quickest cars in very competitive field in FIA ERC. The loop ended with 32-kilometre Les Cols stage, running – as its name suggests – through three mountain passes (“Cols” in French), with record altitude difference of 1225 metres.

Kajetan Kajetanowicz We are happy. Today we drove on arguably toughest stages of this rally. Experience is crucial here and we tackled this route for the first time in our lives. On 32-kilometre Les Cols stage there were two tight gravel sections and very narrow road with stones on both sides. Several times on this stage we were surprised by grip changes and in some parts it was difficult to slow down. This is typical for mountain stages where you can have different grip in every corner, especially on tight, tricky or downhill sections. It was also not easy because of altitude changes within single stage as the pressure changes while we drive at speed and we feel it in our ears. At one moment Jarek told me that he could not hear his own voice but fortunately I could hear him 🙂 It does not help to maintain high level of concentration. We were able to keep second place in fight with drivers who have already competed on this stages. It is not an easy task. For sure we have learned a lot here, our heads are full of information which we analyse now and we will also analyse for a long time after this rally.