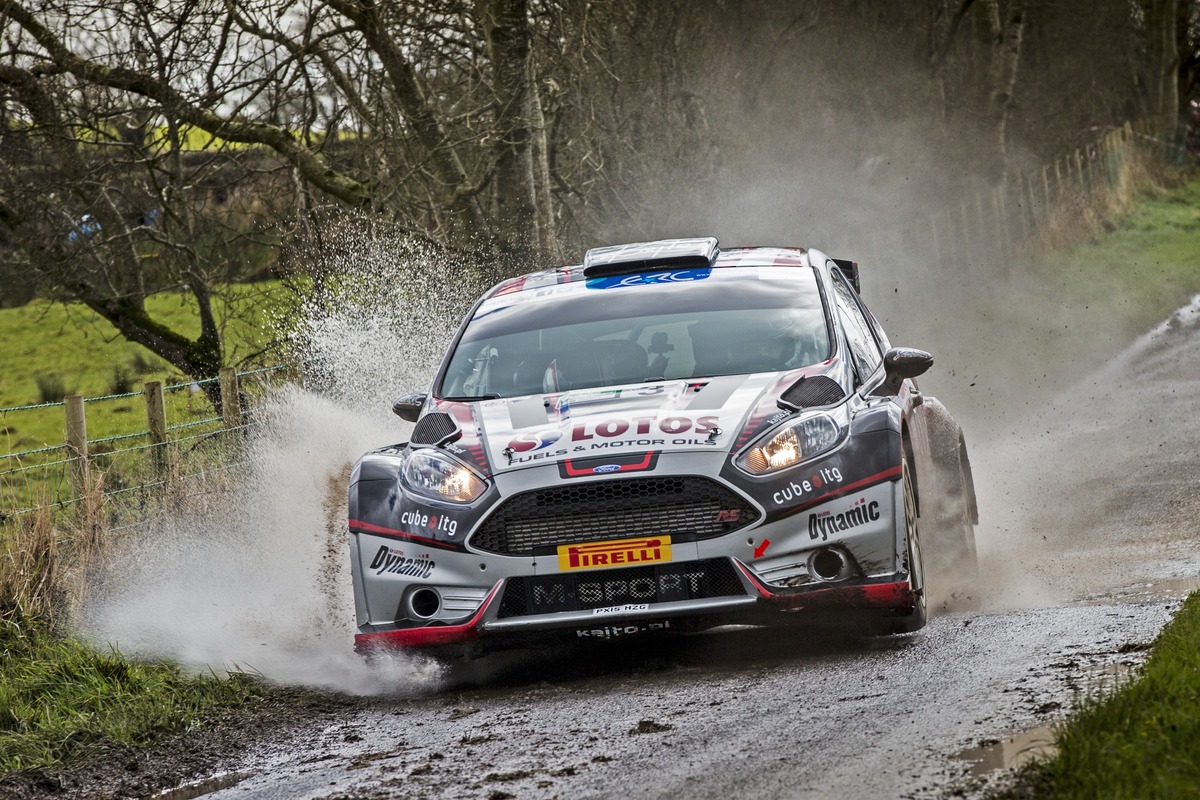 The scenario of today’s competition in the Circuit of Ireland was written by the changeable British weather. However, it did not matter how often the rain started to fall or how slippery the Tarmac roads north of Belfast were – a major role in this thrilling spectacle, the opening leg of round two of the FIA ERC, was played by Kajetan Kajetanowicz and Jarek Baran. The reigning European Rally Champions displayed a truly impressive pace on Friday’s stages, although today’s tests were completely new to them, as they were not used last year, when the Polish crew competed for the first time in Ireland. 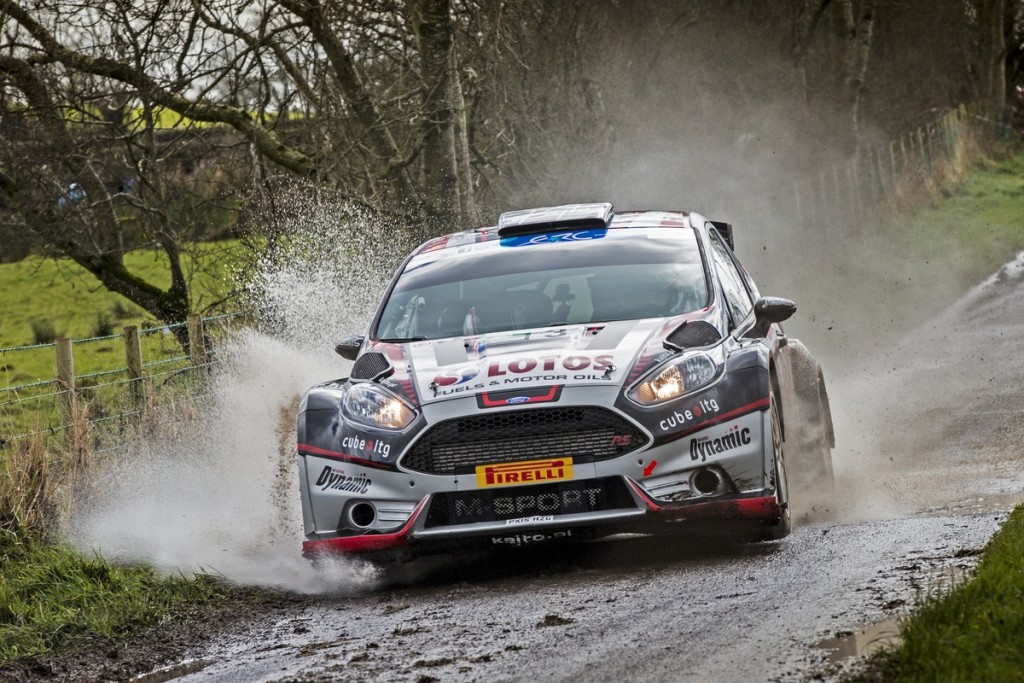 On the opening three of today’s six stages the best European and British crews fought in difficult conditions, with changeable grip levels. Narrow and very fast Tarmac roads running through valleys of County Antrim were not completely dry and there were many wet and muddy places. It did not stop Kajetanowicz and Baran from driving quickly and consistently. On two stages – Knockboy (11.87 kms), the fastest of the whole rally, and The Glens (over 31 kms) – the LOTOS Rally Team crew recorded second-fastest times and held second position in the overall standings.

The rain returned before the second loop, but Kajetanowicz and Baran did not intend to slow down and abandon their spot among the Circuit of Ireland frontrunners. The afternoon stages started with the second run of Knockboy test, where the Polish duo recorded another top-three finish, losing just 1.1 second to the stage winners. Excellent performance on the first leg of the Irish classic was underlined with the second-fastest result on the spectacular Newtownards test.

The European Rally Champions have pursued their strategy consistently and after covering 93 competitive kilometres at the highest revs and with maximum focus they occupy runners-up spot in the overall standings of the Circuit of Ireland. Last year’s winners Craig Breen and Scott Martin lead the way after Day 1, while Kajetanowicz and Baran have outpaced not only all FIA ERC frontrunners but also whole British Rally Championship field, including third-placed Alastair Fisher who has 23 WRC starts under his belt.

Tomorrow the LOTOS Rally Team crew will continue their fight in round two of the 2016 FIA ERC. They face eight special stages and 116.5 competitive kilometres. The rally ends at 19:07 CET.

Kajetan Kajetanowicz Today consistency was very important but equally it was crucial to stay calm. I know it might be a strange word in the mouth of a rally driver who drives – and sometimes flies – on wet and muddy road, using slick tyres, but today you just had to do it this way [smile]. The gaps are not big, we are trying to maintain the pace and improve our driving all the time, as well as to fine-tune the car according to the changeable conditions. The first loop was dry, the second one was completely wet and we were starting as the first car on the road, splashing through the puddles. It was not easy, we had to stay focused. I think we did a good job because we are here and many competitors were not so lucky. Today the stages were completely new to us and we were fighting with drivers who know them well. The second day is going to be equally tough or even tougher. There are stages we have already driven but the weather changes so often that there is no guarantee that the conditions would be similar to the last year. It shows how difficult this rally is.