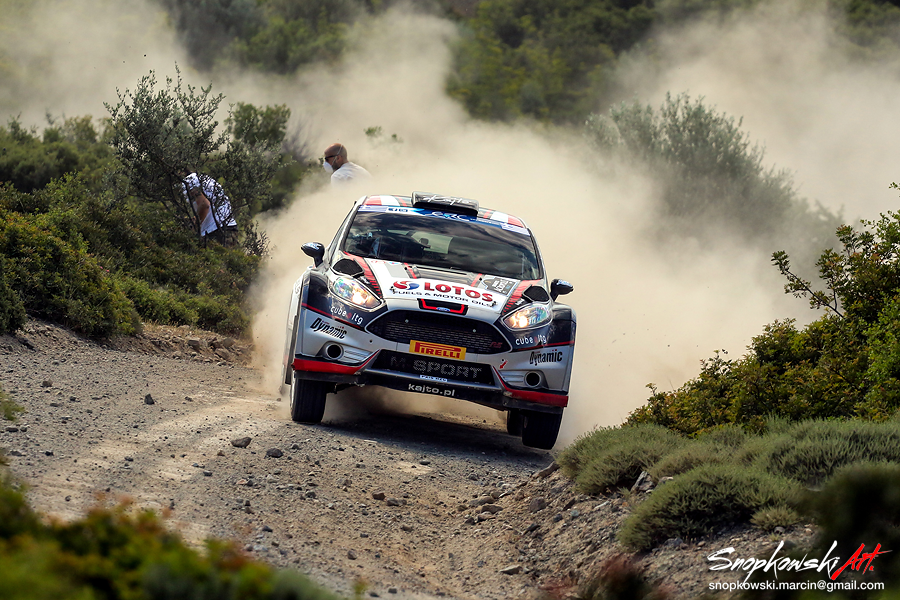 The FIA European Rally Championship season does not intend to slow down and we have to wait just 27 days for another share of emotions brought by Kajetan Kajetanowicz and Jarek Baran. This is the gap between the exciting competition in the Circuit of Ireland and the next outing of the European Champions from Poland: the legendary Acropolis Rally which takes place on 6-8 May. After taking the runners-up spot in the Irish event for the second time in a row, Kajetan and Jarek start third round of the FIA ERC as the series leaders. Last year’s winners of the Acropolis Rally will use their Ford Fiesta R5 Evo in this edition of the Greek classic, defending first position in the Team’s standings, occupied currently by the LOTOS Rally Team.

“To finish first, first you have to finish” – there are just a few rallies in the world during which this old rally rule is more important than in the legendary Acropolis Rally. The Greek event, run on twisty gravel roads, full of sharp stones, has always been unforgiving for the cars and has required enormous humility and experience from the competitors. This year the rally returns to the classic stages in central Greece, after a 10-year break. The route consists of six special stages run twice, with total length of 231.5 kilometres, located south of Lamia – the city where the rally is now based. The ceremonial start takes place in Thermopylae, next to the monument of King Leonidas I of Sparta who led the Greek warriors in the battle against the Persian invasion, almost 2.500 years ago. The opening stage begins on Saturday 7 May at 9:08 CET. The fight in round three of the 2016 FIA ERC ends on Sunday with the longest stage of the rally: Elatia/Karya 2 (33.86 kms), with start scheduled at 13:27 CET. The unofficial results of the 61st Acropolis Rally will be known at 14:15 CET.

Heading to Greece, Kajetan Kajetanowicz and Jarek Baran hold a comfortable lead in the overall standings of the FIA European Rally Championship. The leaders enjoy a 22-points advantage over the second-placed crew and LOTOS Rally Team has a 17-points lead in the Team’s classification after two rounds of the FIA ERC. The Acropolis Rally is the first event on gravel for Kajetan and Jarek after a 208-day break. They competed for the last time on loose surface during… last year’s Acropolis Rally, when they wrapped up their FIA ERC title.

Kajetan Kajetanowicz The thing I like the least about rallying is the waiting for the next outing. Sometimes I think that this is the toughest part of this sport [smile]. The good thing is that this year’s European Rally Championship calendar is very busy and the rounds virtually follow each other. There is little time for preparation but for us it is not difficult to work hard, day by day. It is possible when every member of LOTOS Rally Team gets passionately involved in doing what we all love to do. I am aware that before such a demanding rally we should muster up a solid dose of commitment which is necessary to face this challenge. We need it as this year’s Acropolis Rally moves over 100 kilometres north and we will compete on route which is completely new to us, as we return to driving on gravel after a break of more than 200 days. 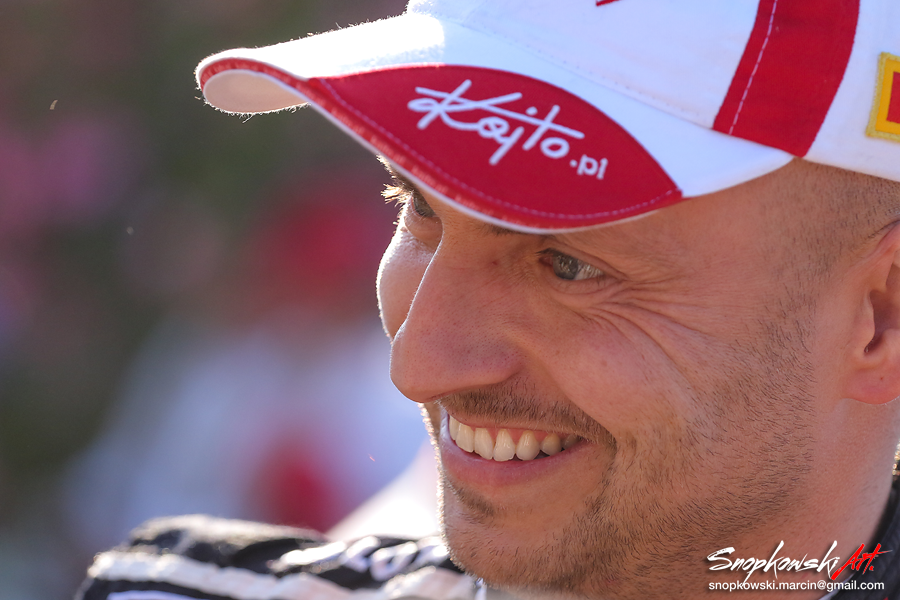 Jarek Baran The Acropolis Rally is undoubtedly my favourite one. Not only because last year we won it, wrapping up the European Rally Championship title at the same time. This event represents an essence of the gravel rallies. The speed is of course important but still there is plenty of room for caution and experience, while sometimes you also need a bit of luck. The return of this event to the classic WRC stages around Lamia brings back my very warm rally memories. I am looking forward to seeing the roads which captivated me so much fifteen years ago.

Did you know that... Lamia – the city where the rally base is located – is a twin city with Rzeszów: the Polish city which hosts the round of the FIA ERC for the first time this year, just 88 days after the Acropolis Rally.