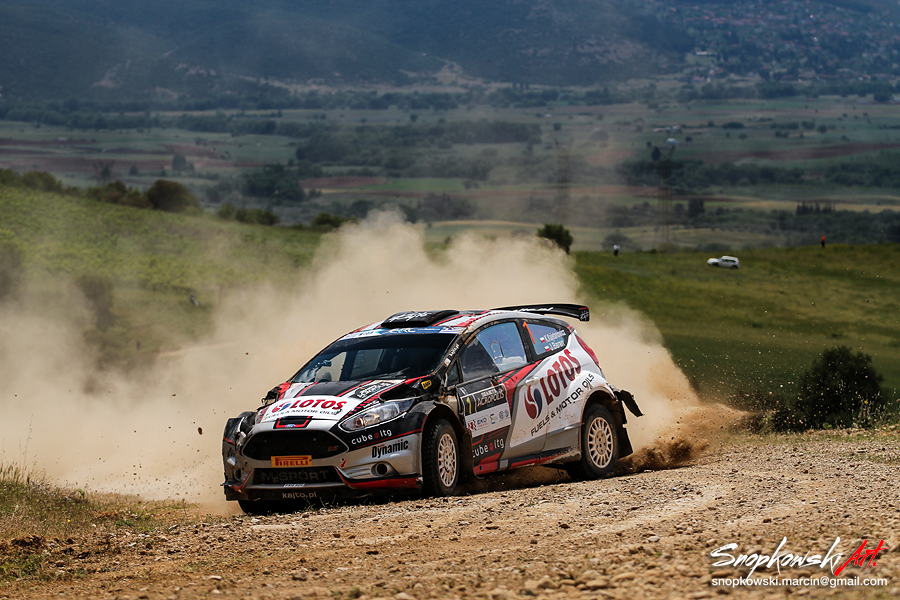 In 62nd edition of the Acropolis Rally – round three of the 2016 FIA European Rally Championship – Kajetan Kajetanowicz and Jarek Baran fight an exciting battle, defending their lead in the overall classification, seized after excellent performance in the previous event in Ireland. A harmless but very unfortunate roll cost the Polish duo a lot of precious minutes yesterday but it did not deprive them of the fighting spirit – the trademark of the best European rally crew. They immediately started to make up for the lost time, putting all their eggs in one basket: the LOTOS Rally Team crew dictated an impressive pace and today they began the day with fierce fight for every second. 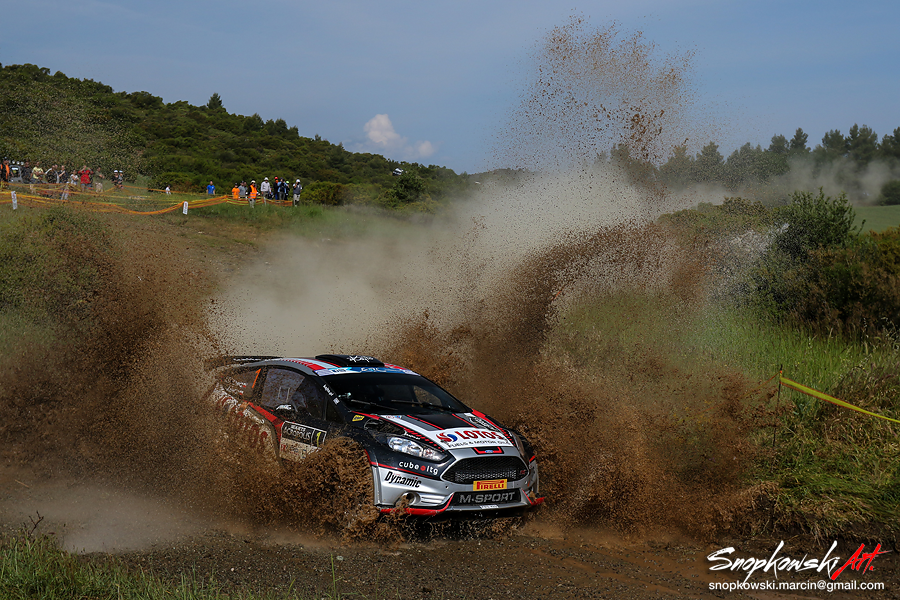 The morning loop of Day 2 of the Acropolis Rally was dominated by the Polish crew. Last year’s winners, driving their Ford Fiesta R5, scored a hat-trick of stage victories, recording the best times on all three tests run so far. Kajetan and Jarek won not only Eleftherohori (17.87 kms) and Rengini (11.61 kms) tests but also the longest stage of the rally, very bumpy Elatia/Karya test (almost 34 kms). Determination and commitment of the Polish duo were clearly reflected in the results. After nine special stages Kajetanowicz and Baran climbed from the last position to 11th place in overall standings of the Greek event, just one place behind points-paying top ten. On top of that the LOTOS Rally Team duo are on their way to score seven points for the victory in the second leg of the rally. Kajto and Jarek are leading the classification of Day 2 – they have stretched their advantage over Ralfs Sirmacis and Arturs Simins to 22 seconds.

The Latvian crew Sirmacis and Simins, runners-up in the 2015 Junior European Rally Championship, lead the overall standings of the Acropolis Rally, driving a Skoda Fabia R5. Excellent pace of Kajetanowicz and Baran, together with problems of Alexey Lukyanuk – second in the Championship – means that the LOTOS Rally Team crew is ahead of their biggest rival in the title fight. There are still three stages to go in round 3 of the FIA ERC, with total distance of 63.3 kilometres. The rally ends at 15:04 CET. 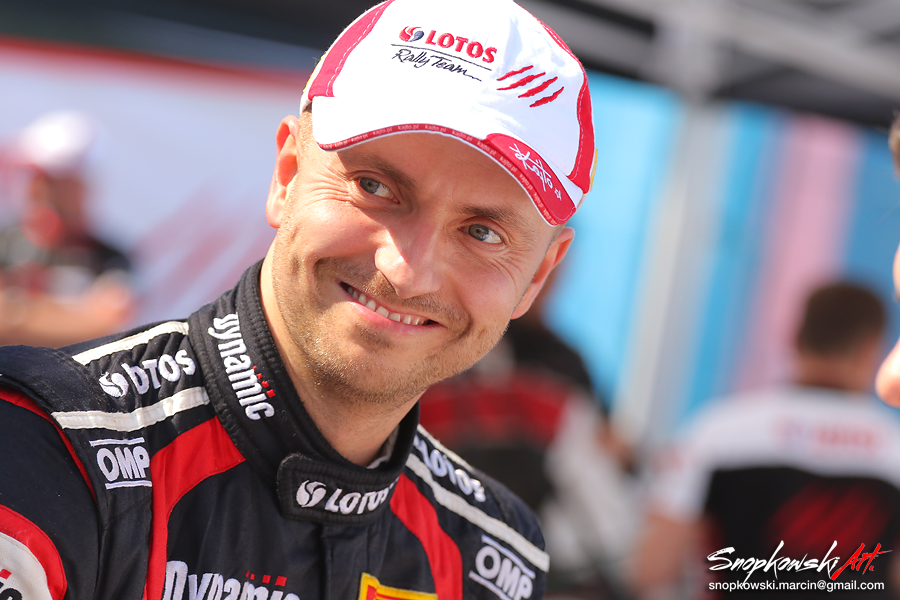 Kajetan Kajetanowicz Fortune is fickle. We do our job and push very hard. Our main rivals have suffered some problems and lost even more time than we did yesterday. We are trying to do the best job possible. We have a lot of work on the stages and it not easy to stay focused when you have so much work to do, especially on the longest stage. There are almost 34 kilometres and the last section is very tight, with corner after corner. It is a very tough and demanding stage for the driver. Jarek has a lot to “talk about” and for me it means a lot of information to process. I can tell you that towards the end of this stage I was waiting for one corner which I had remembered and when we reached this place, I knew it – OK, we have just 5 kilometres to go [laughs]. This rally is really demanding but we are happy with every stage.