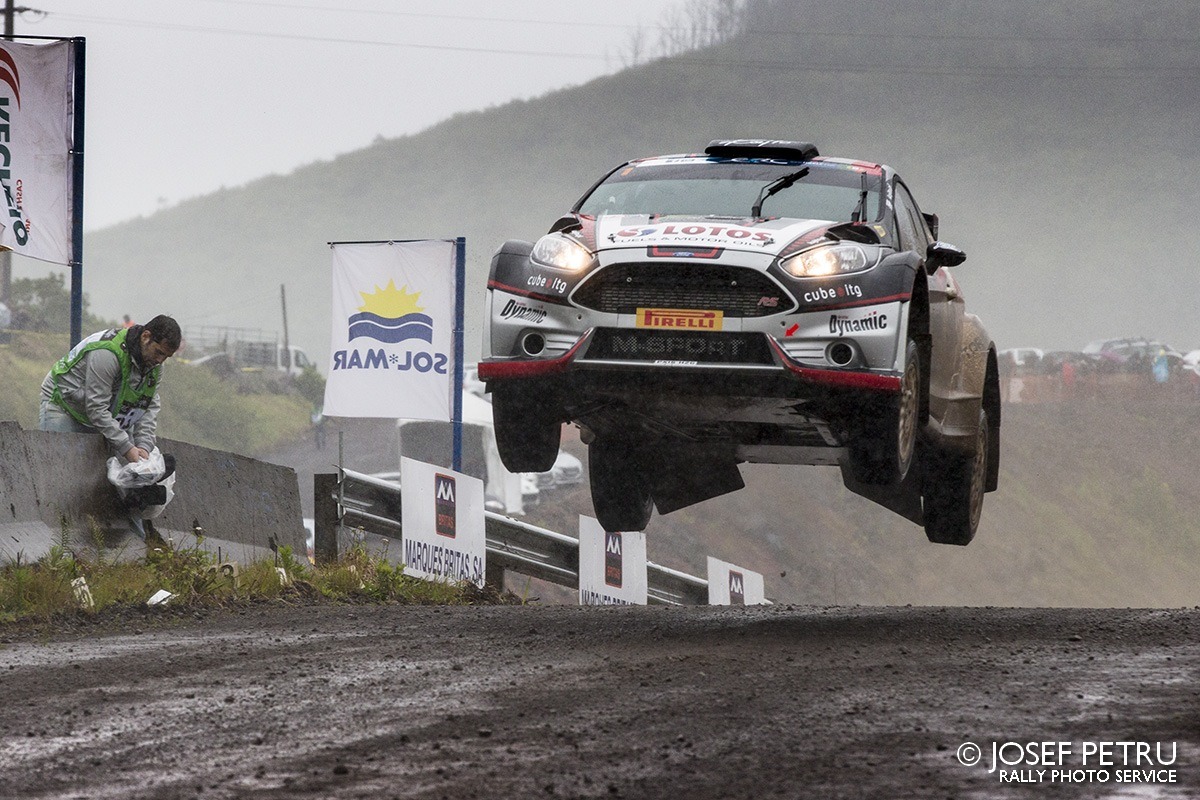 The Azores Rallye: Kajetanowicz in the lead after the opening day of fierce competition

Just as it was the case last year, the Azores Airlines Rallye does not fail to impress the fans also this time out. The competition in round four of the FIA European Rally Championship is extremely tight right from the word go, with the Polish duo of Kajetan Kajetanowicz and Jarek Baran playing first fiddle. After the opening loop, which consisted of four special stages with combined length of 31 kilometres, the LOTOS Rally Team crew hold first place in the overall standings of the Azores Airlines Rallye. The exchange of rally blows on the island located almost 1500 kilometres west of European coast was so closely fought that the top three crews are separated by less than four seconds.

The reigning European Rally Champions hit the ground running in the Azores. Kajetanowicz and Baran did not need to warm up: they won the opening stage of today’s loop, 7.27-kms Batalha test run close to a golf course. Then the crews tackled an extremely fast Solucoes test. On this stage, run in 34% on asphalt, the LOTOS Rally Team crew also recorded good time and clocked very high average speed of almost 120 kph. Kajetan and Jarek launched a successful attack on the longest stage on Thursday – Vila Franca Sao Bras, running through forests full of lush vegetation. Second fastest time on this 13.5-kms test, climbing to 806 metres above sea level, brought them back to the front of the overall standings of the Azores Airlines Rallye. At the end of the loop rain moved in just before Kajetanowicz and Baran started the Grupo Marques superspecial, softening the surface which had been damp anyway. Despite these extreme conditions on the stage run through a quarry, the LOTOS Rally Team crew retained the lead in the overall standings of the Portuguese FIA ERC counter. The Acropolis Rally winners, Sirmacis and Simins from Latvia, hold second place in their Skoda Fabia R5 (+1.0 second), right ahead of Lukyanuk and Arnautov in a Ford Fiesta R5 (+3.7 seconds) – second-placed crew in the FIA ERC championship classification

Tomorrow the crews fighting in round four of the FIA ERC face another three special stages run twice, with total length of 81 competitive kilometres. One of them is a trademark of the rally on São Miguel Island: spectacular Sete Cidades test, run around the rim of a dormant volcano.

Kajetan Kajetanowicz We have covered four special stages. I think we did a good job. We are leading the rally after the first, challenging day. The conditions were changing a lot: the opening two stages were dry, the third one was a bit damp and we tackled the fourth one in torrential rain. Basically we have encountered everything what we tasted a bit during our previous outings here, but never with such intensity. It is a great proof that every rally is different, especially every edition of this round, in the Azores. All of them are fought very closely: after more than thirty competitive kilometres we have three competitors separated by less than four seconds. It shows how hard we fight and push, while all of us drive right at the grip limit. 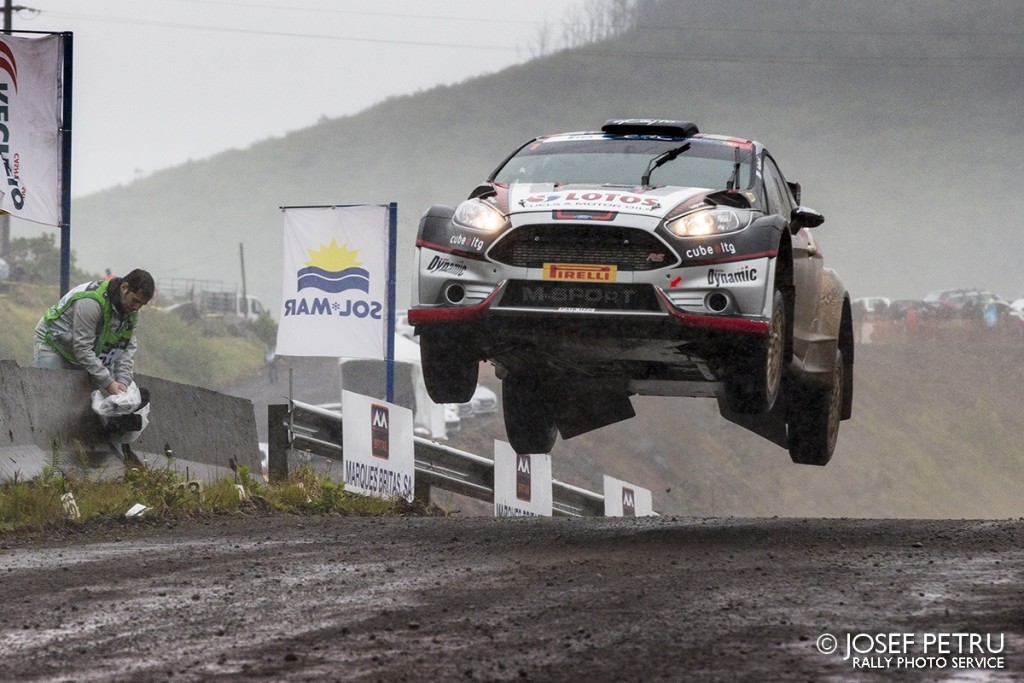