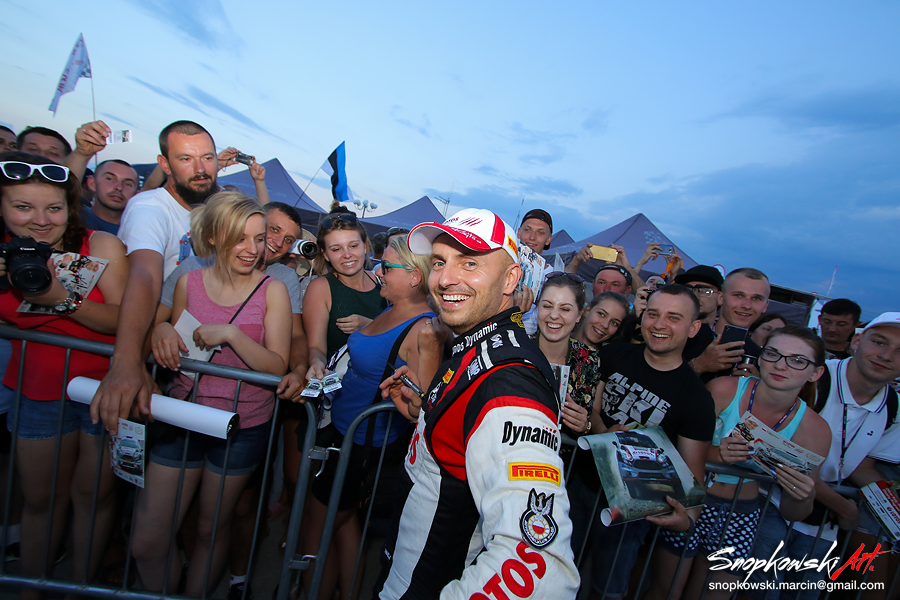 Further gains for Kajetanowicz and Baran in Rally Poland 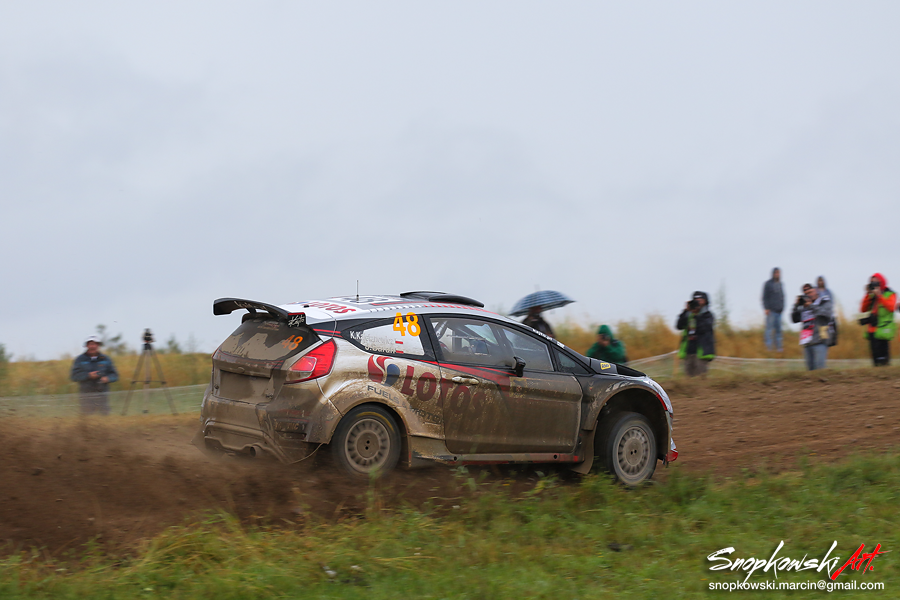 Kajetan Kajetanowicz and Jarek Baran systematically fulfilled their plan during the longest, 124.6-kms leg of 73rd Rally Poland. Reigning European Rally Champions maintained fast and assured pace, recording stage times among WRC-2 frontrunners. Good performance of the LOTOS Rally Team crew, combined with errors and technical problems of their rivals, enabled Kajetan and Jarek to gain no less than 9 positions on eight stages contested today. Consequently, Kajetanowicz and Baran hold 6th place in WRC-2 classification after 17 special stages run so far. The number 48 Ford Fiesta R5 was placed one position higher in the classification of Saturday’s leg. Kajetanowicz, competing in a WRC counter for the first time in his career, is also the highest-placed Polish driver in 73rd edition of Rally Poland.

There are still four special stages to go in round seven of the World Rally Championship: two runs of 21.25-kms Baranowo and of 8.55-kms Sady – 59.6 competitive kilometres on Sunday. Both passages of the latter test will be broadcasted live by Polsat Sport Extra, TVP 2 and TVP Sport.

Kajetan Kajetanowicz The route is beautiful. We have a lot of jumps, many corners over crests where the car unloads and you have to position it correctly before entering the bend. This is just incredible. The stages represent the very essence of rallying – a bit like in classic Finland, a bit like in crazy Estonia. I knew that this rally would be difficult, I knew it would be longer than those in the FIA European Rally Championship – but I had been waiting for it for a long time. However, I was not sitting back with my arms folded, doing nothing – I can withstand the heat thanks to hard training and because I do not have to compete in this rally – I do it because I love it. Today the competitors held on well but on the penultimate stage they had a lot of moments – mostly due to those ruts in which everybody has to drive. I was trying to be careful, especially in hairpins as there always might be something sticking out – like a stone taken out by another car. However, in all other places I was driving one hundred percent, with pedal to the metal.