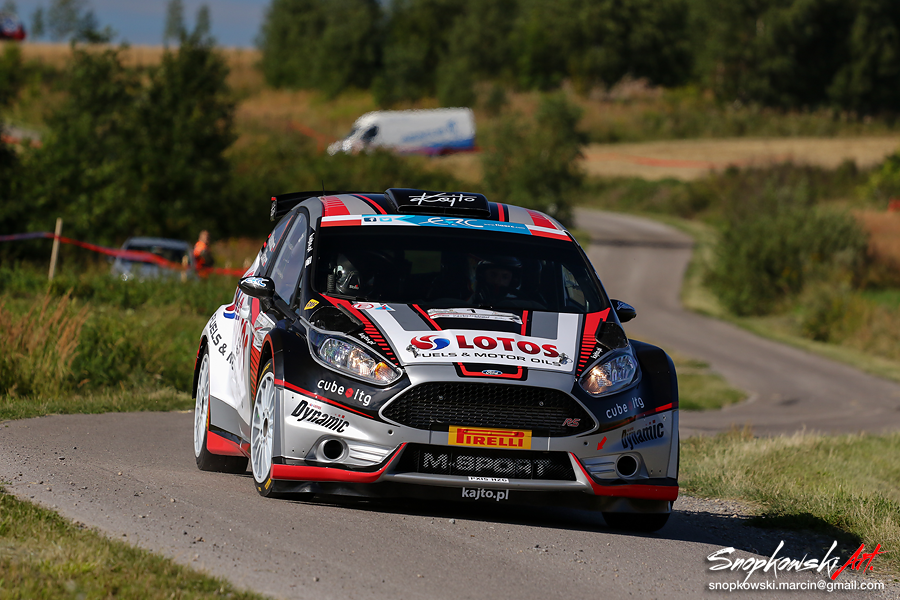 The fierce competition in the oldest rally series in the world returns to Polish special stages for the first time in three years. Round seven of the 2016 FIA ERC, Rally Rzeszów (4-6 August), is completely new to the series. Among the crews which tackle the challenge in the Polish round of the championship, after almost 1000 competitive kilometres on gravel, there are the reigning European Champions Kajetan Kajetanowicz and Jarek Baran. Just like in previous rounds, the LOTOS Rally Team duo will drive a Ford Fiesta R5 Evo equipped with Pirelli tyres. For the last time the FIA ERC visited Poland in 2013, when Kajetanowicz and Baran won 70th Rally Poland and claimed their fourth national championship title. At the same time it was the last outing of Kajetanowicz in the Polish Rally Championship.

In their five opening outings in the 2016 FIA ERC Kajetanowicz and Baran scored four podiums and collected 121 points. This tally gives them a comfortable lead in the standings – they enjoy 37-points advantage ahead of Rally Rzeszów. LOTOS Rally Team leads also the Teams standings, with 41-points advantage over the second-placed squad. The LOTOS Rally Team crew will fight for points on the Polish stages not only against the host of national championship frontrunners, including the reigning Polish Champion Łukasz Habaj or current series leader Grzegorz Grzyb – two-time Rally Rzeszów winner. The entry list features also regular FIA ERC contenders and record-holder of this event, Bryan Bouffier – four-time Rally Rzeszów winner and three-time Polish Rally Champion. There are 90 crews entered, including 75 flying Polish colours.

The fight will take place over 214 kilometres divided into 13 special stages on demanding asphalt roads in the foothills of the Carpathian Mountains. The route, in beautiful landscape of Subcarpathia, is twisty and smooth but very narrow. The trademark stage – Lubenia, well-known and universally liked by the drivers – is of course included in the itinerary and this year’s version is 24.4-kms long. Interestingly, the competitors in 25th Rally Rzeszów will also test their skills on a hill climb route. Part of Korczyna stage runs on the road used during the Polish Hill Climb Championship.

Round seven of the 2016 FIA ERC starts with the Qualifying Stage Niechobrz (3.17 kms) on Thursday at 11:10 CET. After ceremonial start in Rzeszów the crews will tackle a spectacular street stage in the capital city of Subcarpathian Province – 4.05 kms, start at 20:00 CET. The rally moves south of Rzeszów on Friday, with two loops of three stages – including the famous Lubenia test. On Saturday the itinerary consists of another two loops of three stages, with total length of 106 competitive kilometres. The competition in 25th Rally Rzeszów ends on Saturday 6 August around 16:30 CET. The event ends with official finish ceremony at 17:40 CET in Rzeszów, on the main square.

Kajetan Kajetanowicz Rally Rzeszów brings me nothing but positive memories – just like my first stage win ever or excellent organisation of this event. However, with hindsight I think that all stage victories and championship titles under my belt have less meaning than all things I have experienced over all these years, up until now. Thanks to hard work, commitment and persistence of the whole team not only success “arrived”, but I also met many interesting people with whom we have built valuable relationships and shared incredible emotions. Today I am a different driver and sportsman but one thing remains the same: my love for this work has not changed since I started doing this. This is why, thinking about the championship at the same time, I will drive this rally with all my heart and I am sure that my team have the same plan. 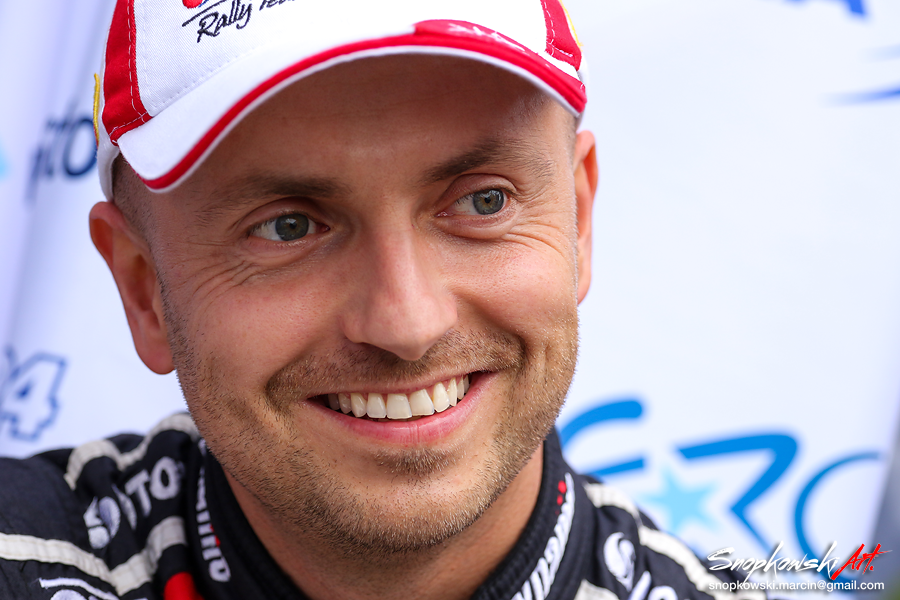