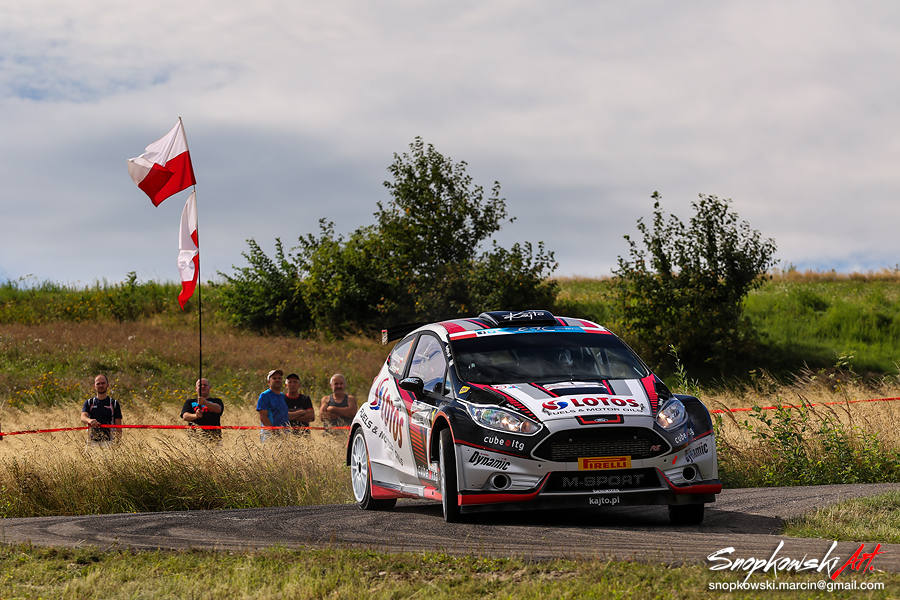 Comeback of Kajetan Kajetanowicz and Jarek Baran to the challenging stages of Rally Rzeszów could not have started in a better way. This morning the reigning European Rally Champions and current series leaders won the Qualifying Stage, preceding the proper fight for points in every FIA ERC round. The 3.17-kms Niechobrz test, south-west of Rzeszów, was a scene of eight qualifying victory in the FIA ERC for the LOTOS Rally Team duo. This result also marks eight consecutive and 17th overall top three results on qualifying stages for Kajetan and Jarek. Two-time Rally Rzeszów winners outpaced the reigning Polish Rally Champion Łukasz Habaj (second-fastest, 0.513 s behind) and four-time winner of this event Bryan Bouffier, who recorded third-fastest time and lost 1.892 s.

This morning’s victory means that Kajetanowicz earned the first choice of starting position to Friday’s stages. The start order selection took place at 16:15 CET at Millenium Hall in Rzeszów and reigning European Champion went for the 5th position. 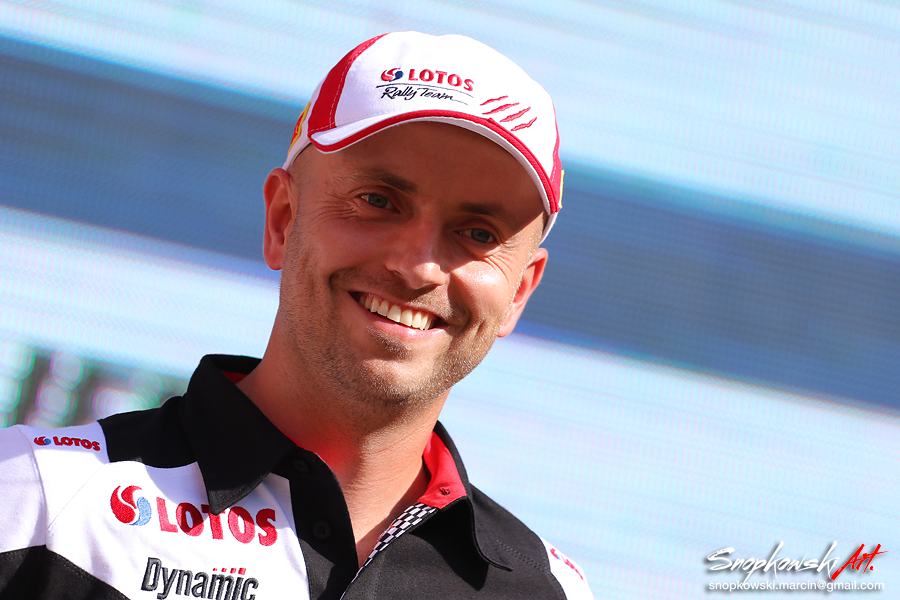 Kajetan Kajetanowicz  I love Rally Rzeszów. This is one of my favourite events because it is so tricky, narrow, with lots of crests and rather smooth roads where grip changes very often. In short, driving here is just fantastic. You feel a huge adrenaline rush on these narrow route, through many hills. We are fighting in the foothill of the Carpathian Mountains and the organisers used the landscape very well. It is hard to imagine a better comeback to the Polish asphalt stages. We went quickest on both practice runs and on the Qualifying Stage. For sure these results give us a huge boost but we have to remember that this is a very long rally and the field is very tight. I think that the fight is going to be close and I am looking forward to it. I want the fans to be pleased and excited with our battles, as we don’t appear in Poland very often. I hope they will keep their fingers crossed for all competitors, for reaching the finish safely while doing what we love to do – with pedal to the metal as long as possible.

Jarek Baran Of course it is nice to return to the Polish stages. We are widely regarded as favourites. Especially our foreign competitors believe that this is our home rally. However, you cannot call Rally Rzeszów a home event for Kajetan or me. We drove here for the last time in 2013. There are some places which we know but the competitors who have been fighting in the Polish Rally Championship for these two seasons know them at least equally well. The route has been changed though, so there are surprisingly many sections which we have never driven before and this is why this rally promises to be very exciting.