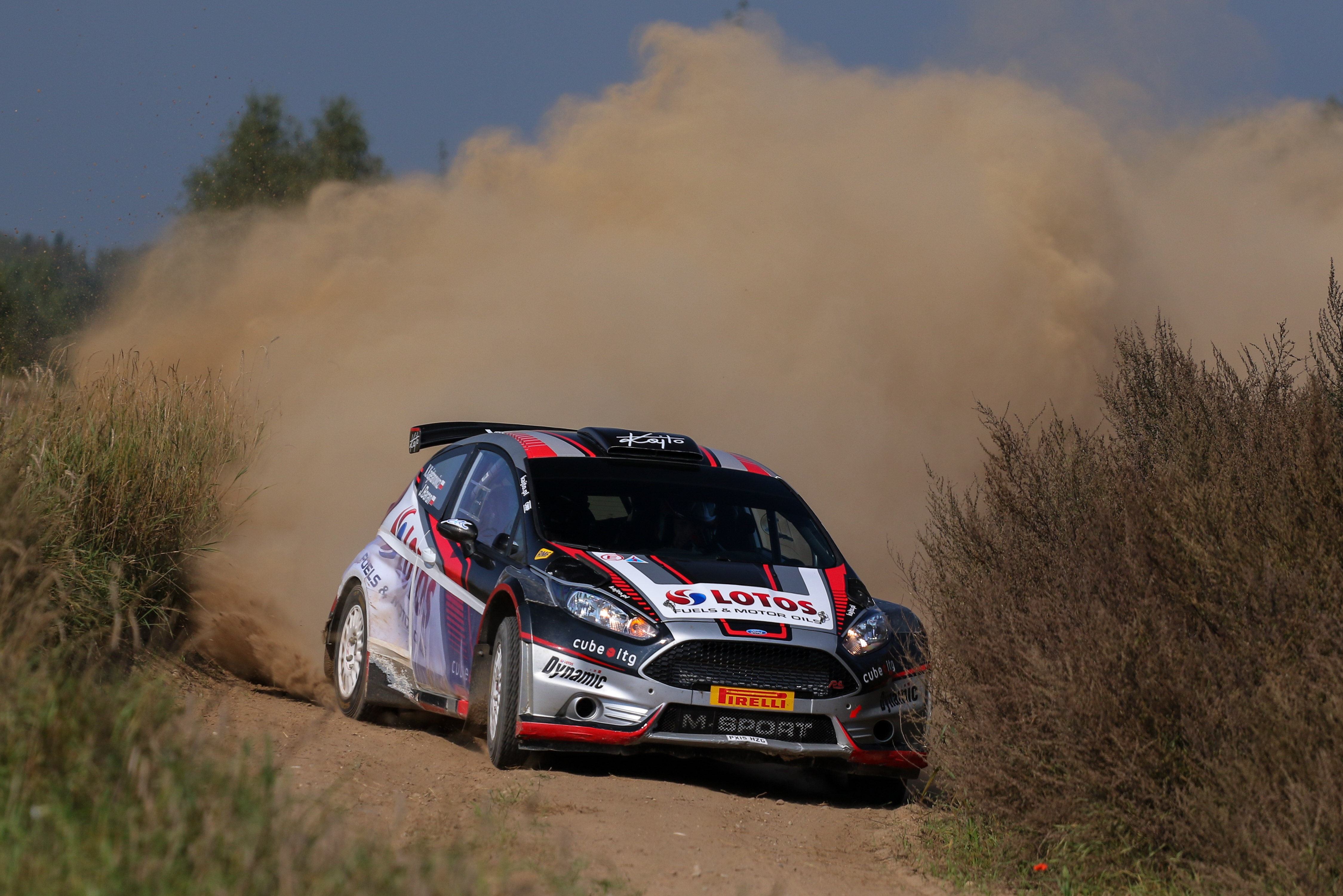 Rally Liepaja, round 9 of the 2016 FIA European Rally Championship, began today with the Qualifying Stage which commenced at 16:00 CET. Current championship leaders and main candidates for the title, Kajetan Kajetanowicz and Jarek Baran, started this test as the first car. The LOTOS Rally Team crew impressed with fast, assured and effective performance on 4.57-kms gravel stage, posting second-fastest time and extended their streak of top-three results in the FIA ERC Qualifying. Today’s result marks 10th consecutive and 18th overall qualifying podium for Kajetan and Jarek. Top time was recorded by the Russian crew of Alexey Lukyanuk and Alexey Arnautov. Behind Kajetanowicz and Baran, next positions went to Sirmacis/Simins (+1.099 s), Habaj/Spentany (+1.519 s) and Estonian Rally Champions Plangi/Sarapuu (+1.629 s). 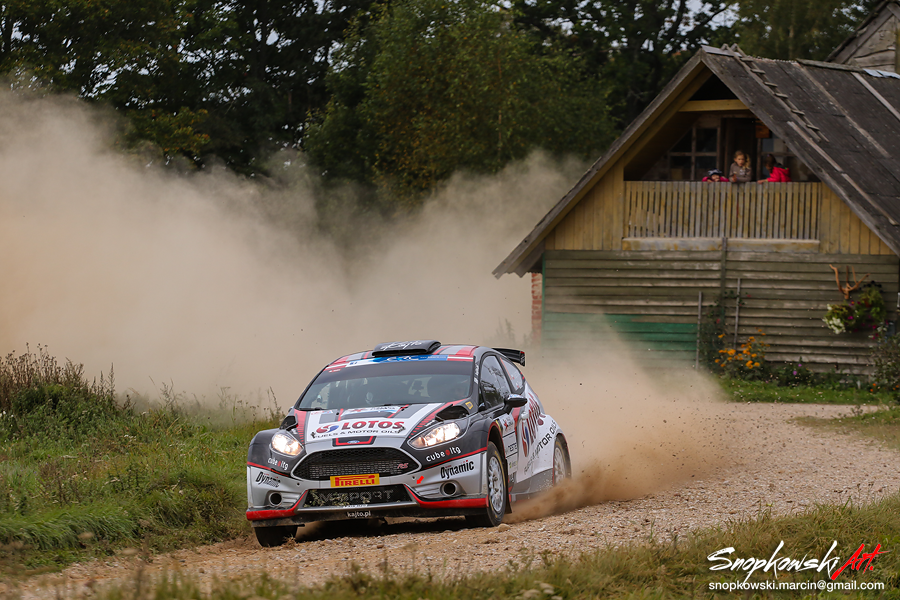 The Qualifying Stage results are crucial especially in events such as Rally Liepaja. The starting position is extremely important on gravel: it is better not to run as one of the first crews in dry conditions, in order to avoid “cleaning” the road of slippery, loose gravel. At the same time running towards the back is also risky, as the stages can be already destroyed by preceding cars. On the other hand in wet conditions it is better to run towards the front. Top fifteen drivers select their starting positions for Leg 1 according to the Qualifying Stage results. The winner has the first choice of the best starting position for him: a privilege and a challenge at the same time. Kajetanowicz, who posted second-fastest time in the Qualifying Stage, picked 14th starting position – the last available, after Lukyanuk chose 15th position.

The competition for victory in round 9 of the 2016 FIA European Rally Championship takes place over 13 special stages. There are 203.6 competitive kilometres ahead, on fast, gravel roads. On Saturday, September 17, the crews tackle more than a half of this distance (102.8 kms), fighting on seven special stages. The first one – almost 13-kms Padure test – starts at 8:25 CET. There is also the longest stage of the rally – almost 29-kms Alsunga test. The opening leg ends with two runs of city stage Great Amber (1.67 kms). Unlike the other five tests on Saturday, the street stage in Liepaja runs on asphalt, not on gravel.

Kajetan Kajetanowicz enjoys 76-points advantage over his championship rival Alexey Lukyanuk ahead of Rally Liepaja. The fight in Team standings is already finished: LOTOS Rally Team clinched the title during previous round of the championship. 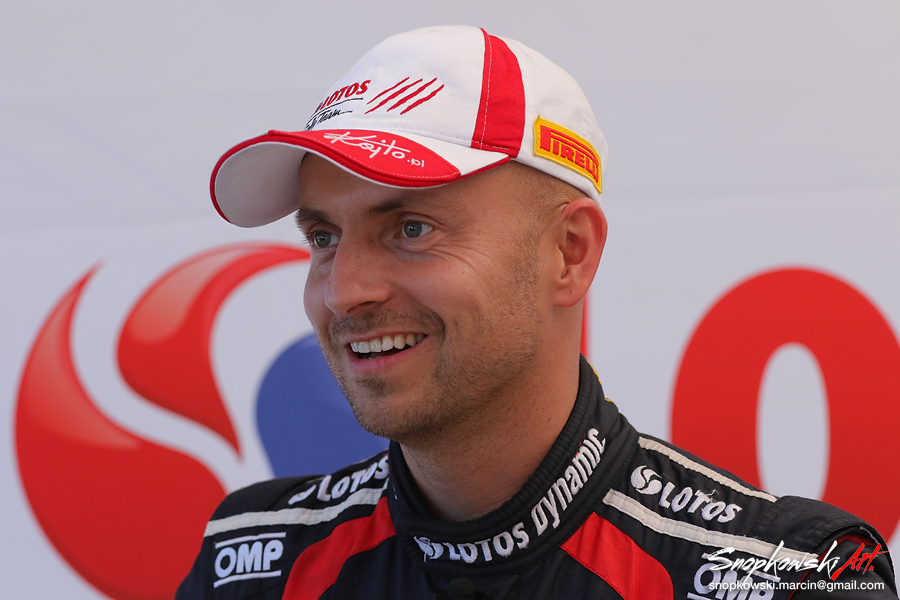 Kajetan Kajetanowicz Smile on my face, like the one you see now, does not depend on the surface we drive on – whether it is snow or ice, gravel or asphalt – but on the fun I feel behind the steering wheel and in the car. Good results in Free Practice and Qualifying Stage absolutely make us even more happy. This rally will be completely different to the previous editions. We drove here twice in winter but in summer everything is different: not only the fans do not wear thick winter jackets but also the stages look different – with lots of bushes and stones. On top of that we are going to fight on many new sections. I feel that the stages are faster, there are plenty of straights and false corners – we do not lift at all ahead of them. Driving on loose surface has always brought me lots of fun and this is the plan for this rally: to enjoy our driving. Of course we are not competing just for fun but also – or rather above all – we are here to fight for the title. We want to defend it. Although I do not want to think too much about it, I know that this goal is “hanging” somewhere in the back of my head and I have to bear it in mind while driving. Of course it is not easy because in order to set fast times and maintain consistent pace you have to be focused just on driving. For us it is enough to finish in fourth or fifth position and still claim the title but we want to fight for podium in this rally and I think that we are able to keep the pace which should bring us this kind of result.