It was the Imperial Hofburg Palace in Vienna where Kajetan Kajetanowicz and Jarek Baran received the trophies for their second consecutive FIA European Rally Championship title. The LOTOS Rally Team crew won both the individual FIA ERC titles as well as teams’ championship. They proved their performance and pace by winning these trophies already during penultimate round of the season. Eventually Polish duo finished the championship with more than 20 points advantage over runners-up. 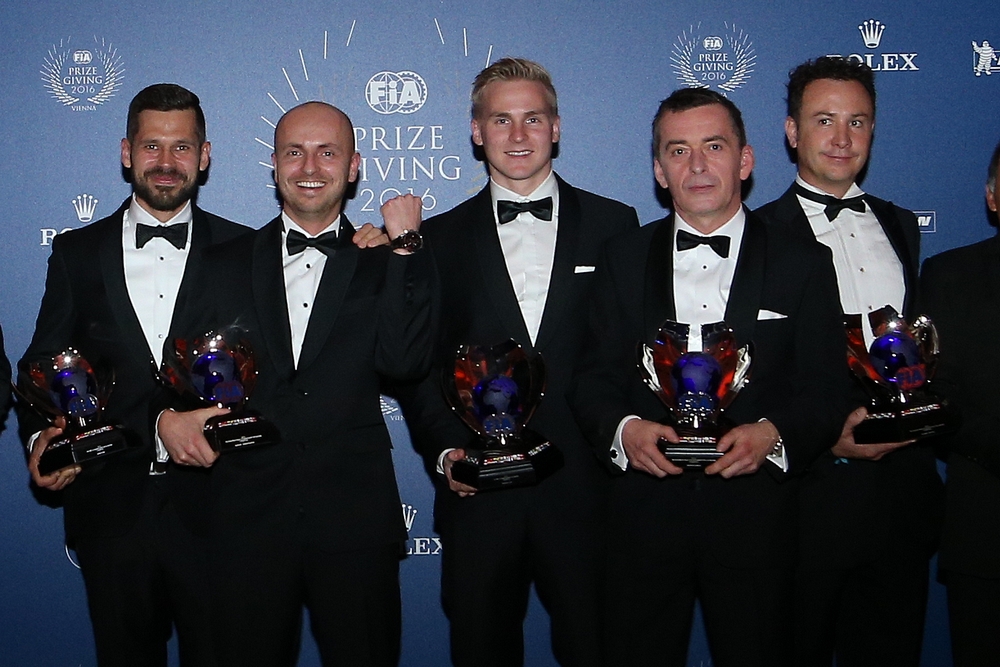 FIA Prize Giving ceremony is an annual, prestigious season ending in the world of motorsport. Among the guests there are champions from virtually every discipline of car racing – Formula 1, rallycross, rallying and others.

Even though the rivalry in FIA racing series has come to an end this year, this is not the end of the season for Kajetan and Jarek. On Saturday, 10th of December two-time European Rally Champions will tackle the special stages in Warsaw. Capitol of Poland is the place where Rally Barborka takes place every December. Barborka is more than a rally, even if its itinerary consists no more than 30 competitive kilometres. This is a traditional season-ender in Polish motorsport, with a Polish „Race of Champions” on Karowa street in the heart of Warsaw. As usual, short, but very slippery and treacherous cobblestone stage goes live on Polish national TV.

In Barborka Rally LOTOS Rally Team will be looking for their fourth consecutive win and fifth victory on Karowa street.