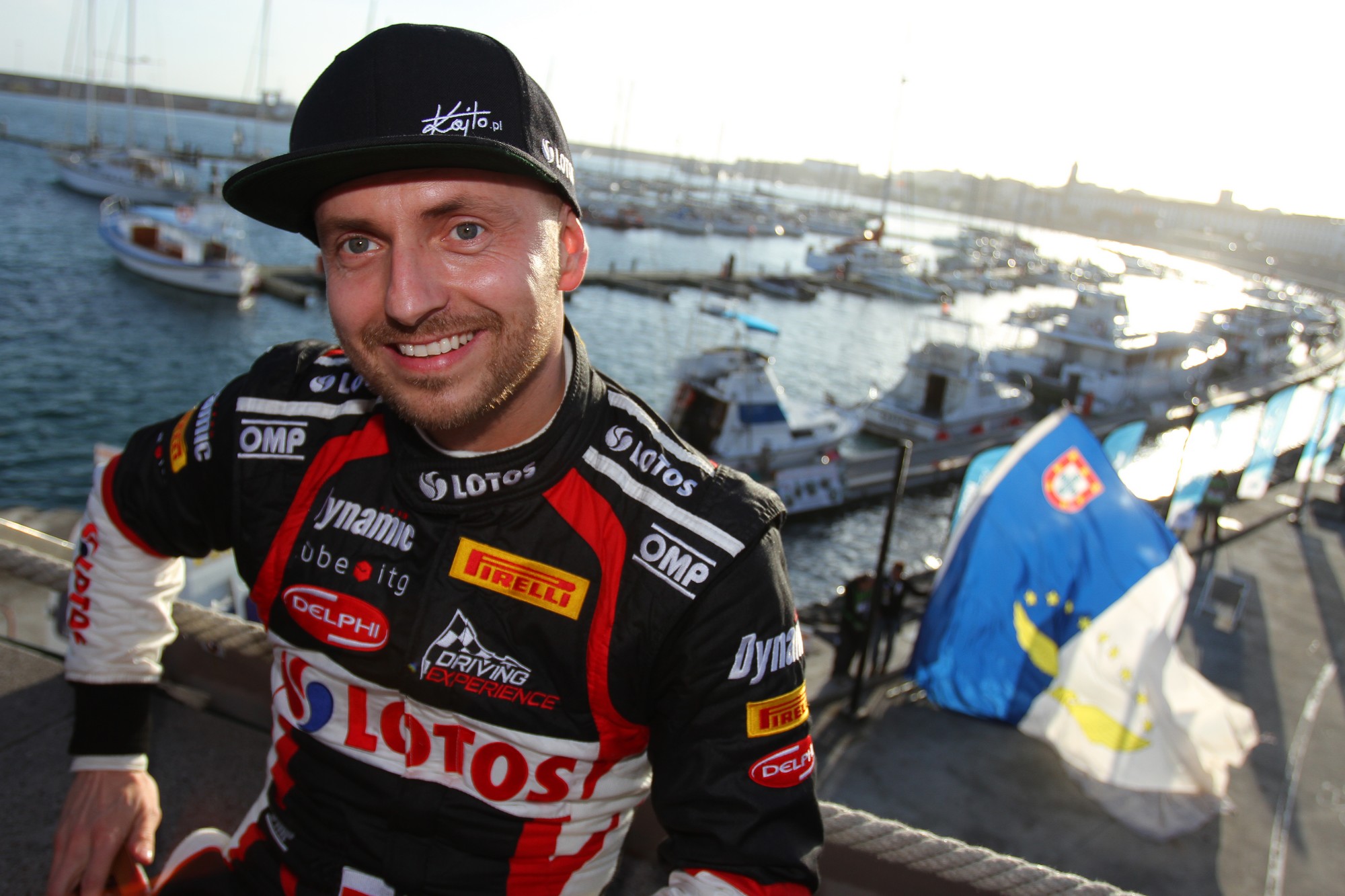 Kajetan Kajetanowicz and Jarek Baran scored second place in the final leg of the Azores Rallye: opening round of a very interesting FIA European Rally Championship season, with record-breaking number of competitors. The LOTOS Rally Team crew did an excellent job during Saturday’s competition, scoring points in the championship standings. Weather conditions played a crucial role in the battle, full of emotions and adrenaline. Tyre choice and perfect pace notes were the keys to success on stages covered with thick fog. The crew of no. 1 Ford Fiesta R5 showed a real driving masterclass, pleasing the fans with another great result.

Today’s leg brought some dramatic events for many drivers. A lot of them did not reach the finish line, including Kajetan’s main rival, Alexey Lukyanuk. The Russian driver damaged his car and could not continue. Ricardo Moura from Portugal also had to retire from fight for another victory in his home rally. Fortunately Kajto not only avoided major problems but also showed brilliant pace all the time, winning further three tests. His stage wins tally in the FIA European Rally Championship has reached 103 after this event!

Kajetanowicz and Baran scored six championship points during today’s leg. The second round of this year’s championship takes place at the beginning of next month. During the Rally Islas Canarias (4-6 May) competitors will battle on technically demanding asphalt stages. The route is full of corners so the drivers have no time to breathe while fighting for the best times.

– This was a fantastic day, our first points in the European Rally Championship standings. The fight in the fog was really nice, it always bring a lot of emotions. I have never driven in such thick fog. I am happy that I quickly regained confidence after yesterday’s mistake. Today everything worked perfectly and I want to thank the whole LOTOS Rally Team for that. Our competitors pushed hard but we won quite a lot of stages and this is important, as our pace was very nice. I am happy to leave with points, wiser and for sure stronger. See you in the Canary Islands, where I will do my best!

– I have said many times that the Azores is probably one of the most beautiful rallies in the world. This is due to fantastic roads and excellent local fans. We are here for the fourth time but I cannot remember such fog. Kajetan proved again that he is the king of the Grupo Marques superspecial and he deserved the applause he got. This weekend was very demanding for us. Thanks to everybody for your support.

The unofficial results of Day 2 of the 2017 Azores Rally: