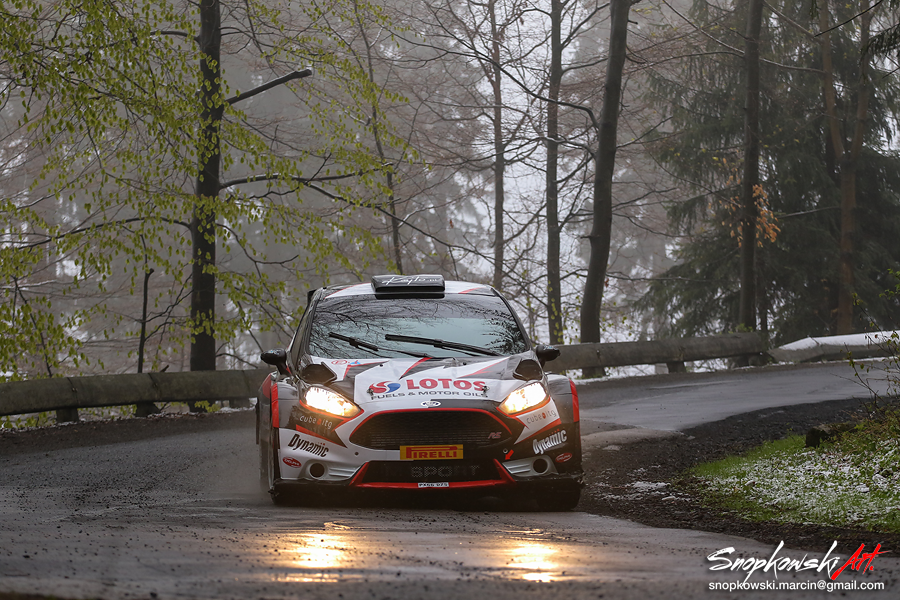 Las Palmas de Gran Canaria plays host to the second round of extremely fierce competition in the 2017 FIA European Rally Championship. After unpredictable and full of plot twists battle in the Azores, Kajetan Kajetanowicz and Jarek Baran face another fight, in the 41st edition of Rally Islas Canarias. The LOTOS Rally Team crew, supported by their partners, will challenge no less than 26 competitors in R5 cars and this is another proof of difficulty level in this year’s Championship. The rally, which takes place over four thousand kilometres from the capital city of Poland, is a very interesting round for the Polish fans. Kajto, four-time Polish Rally Champion, will fight against three other champions of his homeland: Łukasz Habaj, Bryan Bouffier and Grzegorz Grzyb.

Rally Islas Canarias, taking place on 4th-6th May, is a typical asphalt round in the European Championship calendar. It is famous for twisty special stages with huge elevation changes and, therefore, changeable weather conditions. However, the most distinctive feature is asphalt itself: the rough surface destroys the tyres at enormous rate. Although the organisers have prepared just twelve special stages, you should not allow yourselves to be misled: the overall competitive distance exceeds 200 kilometres!

The rally history goes back to 1977 and it formed a part of the European Rally Championship no less than 23 times. The winners’ list features big names of World Champions, such as Didier Auriol or Carlos Sainz who has five victories in the Canaries under his belt. Kajetan Kajetanowicz enjoyed a perfect debut here last year, winning half of the stages and finishing in runner-up position. This time out the driver from Polish mountain town of Ustroń is ready for another battle for top places and championship points. Kajto fights for record-breaking achievement: scoring his third consecutive European Rally Championship title.

– Rally Islas Canarias is not only about excellent feeling, ideal driving line and perfect pace notes, but also about great number of different details. We will try not to forget about them and at the same time enjoy every single corner of this twisty route. G-forces are huge, bigger than during other rounds. I am facing another impressive character trial, test of precision and cooperation within the team, as well as period of thinking on my feet. Together with the whole LOTOS Rally Team we share good memories from last year, we have a great car and all things considered, firm reasons for optimism.

The 2017 Rally Islas Canarias in numbers:

Schedule of the 2017 Rally Islas Canarias (all times are CET):