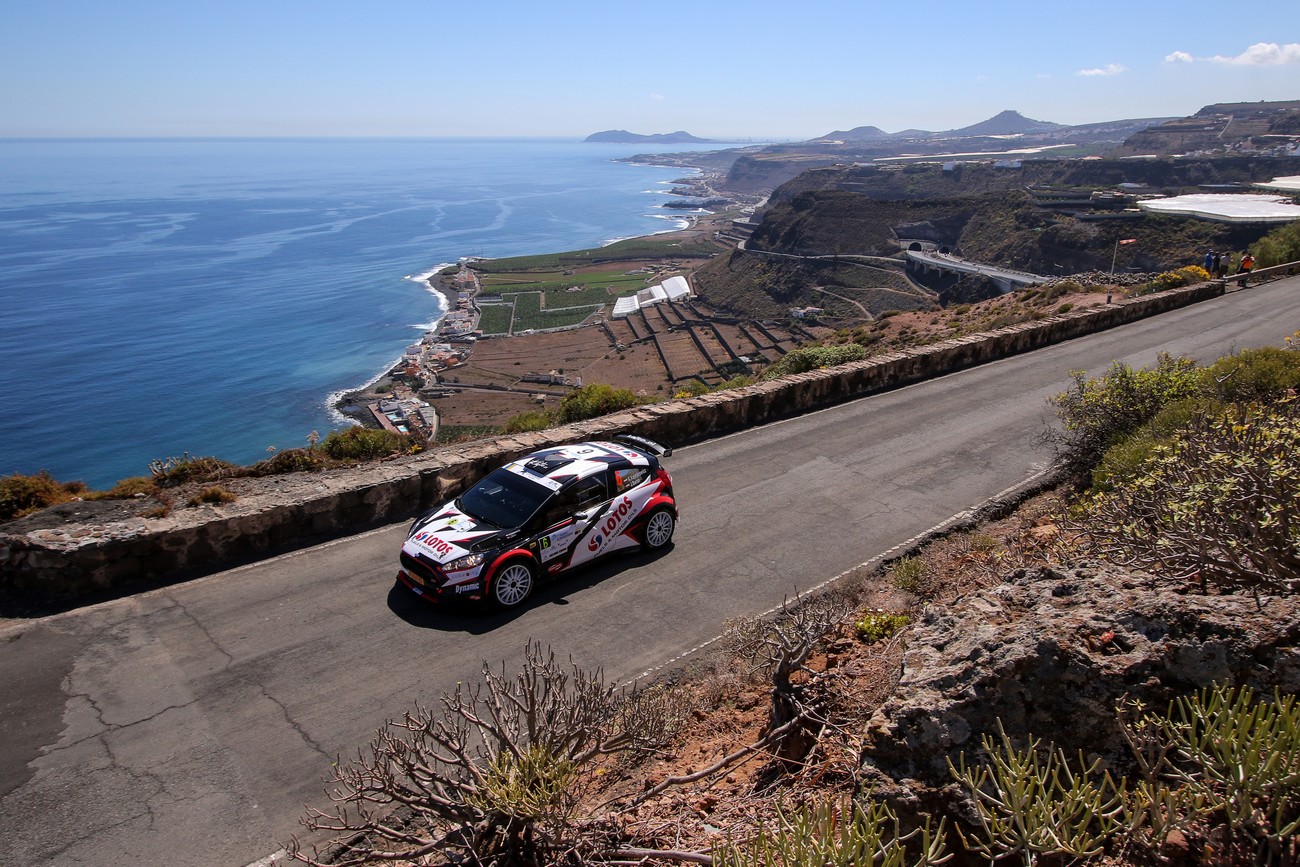 Kajetanowicz and Baran ahead of fight for more points – Rally Islas Canarias gets underway!

Kajetanowicz and Baran emerged as the fastest Polish crew on the Qualifying Stage for Rally Islas Canarias;
Positive start for the LOTOS Rally Team crew in round two of the 2017 FIA European Rally Championship;
Excellent atmosphere and huge crowd – spectacular reception of the best European rally crews by the Spanish fans.

The official Starting Ceremony which draws huge crowds of rally fans, starts at 21:30 CET in the historical centre of Las Palmas and it will be preceded by start order selection. The competition commences tomorrow: there are six special stages on Friday, including two runs of over 25-kms San Mateo test. There are no less than 27 crews in R5 on entry list, so the fight for victory is going to be fierce.

– We started with the Qualifying Stage, having run just once during Free Practice in order to save tyres. The asphalt is very abrasive here and the tyre wear is high, so we are trying to think and draw conclusions from last year. The atmosphere during this rally is fantastic. Even here, in the service park, the crowd is so huge that it is impossible to pass. The fight starts tomorrow, with over 20-kms, very abrasive opening stage. The weather is unpredictable, we are on an island and forecasts are unclear. I think we should stick to our job, stay focused and aim to take right decisions.

The results of the Qualifying Stage ahead of the 2017 Rally Islas Canarias: