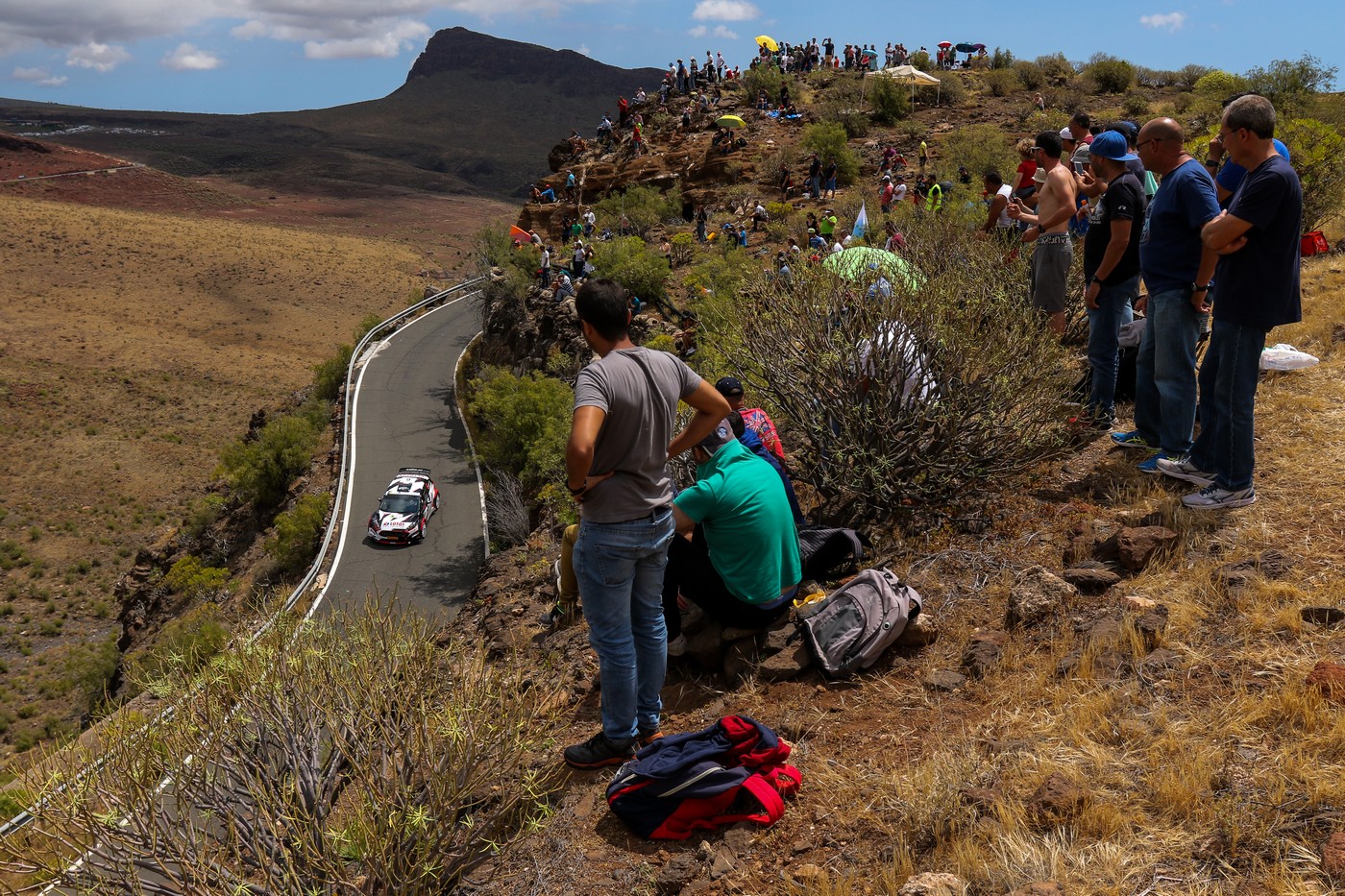 The second and final leg of Rally Islas Canarias started in a perfect way for the LOTOS Rally Team duo. Kajetan Kajetanowicz and Jarek Baran won stage eight and completed the next one with narrow gap to the leaders. Good performance of the Ford Fiesta R5 crew allowed them to move back to runner-up spot in round two of the 2017 FIA ERC. Kajto and Jarek also hold second position in classification of Saturday leg.

Today’s competition started with the longest stage of the rally: over 25-kms Moya test. The conditions were changeable, with damp Tarmac in some places and dirt on the road. Kajto recorded sixth fastest time there, defeated Bruno Magalhães and regained second place in the overall standings. The motivated Polish driver set blistering pace on the following test, Tejeda (15.01 kms), winning the stage! It was 104th stage victory in his FIA ERC career. The loop ended with SS9 Las Vallas (14.50 kms), where the LOTOS Rally Team driver went second-fastest, losing just 3.7 seconds to the stage winner.

There are just three special stages to go in round two of the 2017 FIA European Rally Championship. The crews will repeat extremely twisty tests of this morning’s loop, totalling almost 55 competitive kilometres.

– We can be even more pleased today. We regained second position, won a special stage, we have a good feeling and I enjoy driving very much. There are very high loads here, the roads are very twisty, with changeable grip. Lots of corners look the same, this is great and it shows that although we are here for the second time, there is no way we could memorise the route. This is the essence of rallying: corner leading into another corner, causing huge strain on tyres and brakes. You have to think about not braking too aggressively because it can cause significant time loss. This is the characteristics of this rally, it requires not only fast and efficient driving but also managing the car.

Classification after SS9 of Rally Islas Canarias, round two of the 2017 FIA ERC: