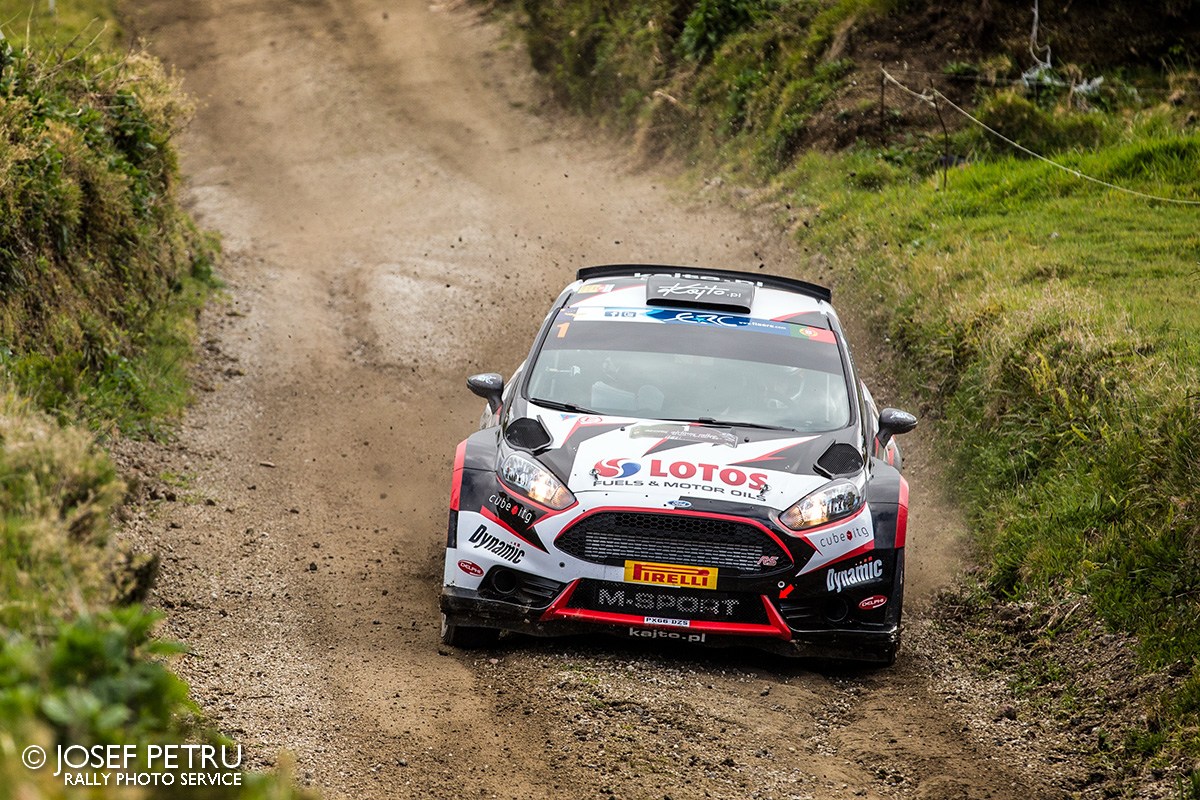 Acropolis Rally: Kajetanowicz fights for the lead in the 2017 FIA European Rally Championship

The LOTOS Rally Team crew is ready for fight in the legendary Acropolis Rally: the Greek location on the map depicting the fierce “war” for the European Rally Championship title. If one wants to win it, he has to perform perfectly and faultlessly in all eight battles scattered all around Europe. Round number three is the 63rd running of this extremely difficult rally, where Kajetan Kajetanowicz and Jarek Baran have already discovered a winning formula. The Ford Fiesta R5 crew scored two podium finishes here and won two years ago, sealing the first of two Championship titles.

Seajets Acropolis Rally is run over almost 230 competitive kilometres divided into twelve special stages which take huge toll on rally cars. Among them there is the longest test of the whole Championship: Elatia-Karya stage, with almost 34 kilometres of fight with never-ending corners, on narrow and rocky roads, right on the limit of grip. This unique challenge will be taken twice during the final leg on Sunday.

Huge demands which crews have to face during this rally are not limited merely to dust and temperatures exceeding 50 degrees centigrade inside rally cars. Ability to stay focused, self-confidence and stamina play crucial roles. Strong international field of R5 cars means that the competition is extremely fierce. Here the speed counts: Kajto and Jarek proved it last year, winning eight out of twelve special stages and recording further three runner-up times.

There are 28 crews on the entry list, including 12 in R5 cars. Top spot belongs to Bruno Magalhães from Portugal, who currently leads the FIA ERC standings. Kajetan Kajetanowicz will fight for the lead with starting number two. Nasser Al-Attiyah , double Dakar Rally winner, the 2006 Production World Rally Champion, double WRC-2 champion (in 2014 and 2015) and three-time winner of the FIA Cross Country Cup (2008, 2015 and 2016), joins the field for the first time this season. The Qatari driver got starting number three.

The base of the rally, run on 2-4 June, is located in Lamia, sister city of Rzeszów: host of the Polish round of the 2017 FIA European Rally Championship. The archeological traces on the castle hill above the city date back to the Bronze Age. In this area King Leonidas of Sparta led the Greeks to victory over the Persian army almost 2.5 thousand years ago.

Kajetan Kajetanowicz: – Acropolis Rally is a good character lesson and the previous edition proved that you must never give up in rallies. Unpredictable situations and plenty of crucial details underline the beauty of this sport and this is why I am absolutely focused on my preparations, in order to foresee as many variables as possible. After exceptionally difficult rounds in the Azores and Canary Islands the whole LOTOS Rally Team face a busy month: just two weeks after Greece we will be fighting in Cyprus. I believe in every single member of our team because I know their potential and I know that we share a common goal.

The 2017 Acropolis Rally in numbers:

Schedule of the 2017 Acropolis Rally (all times are CET):

The 2017 FIA European Rally Championship standings ahead of Acropolis Rally: