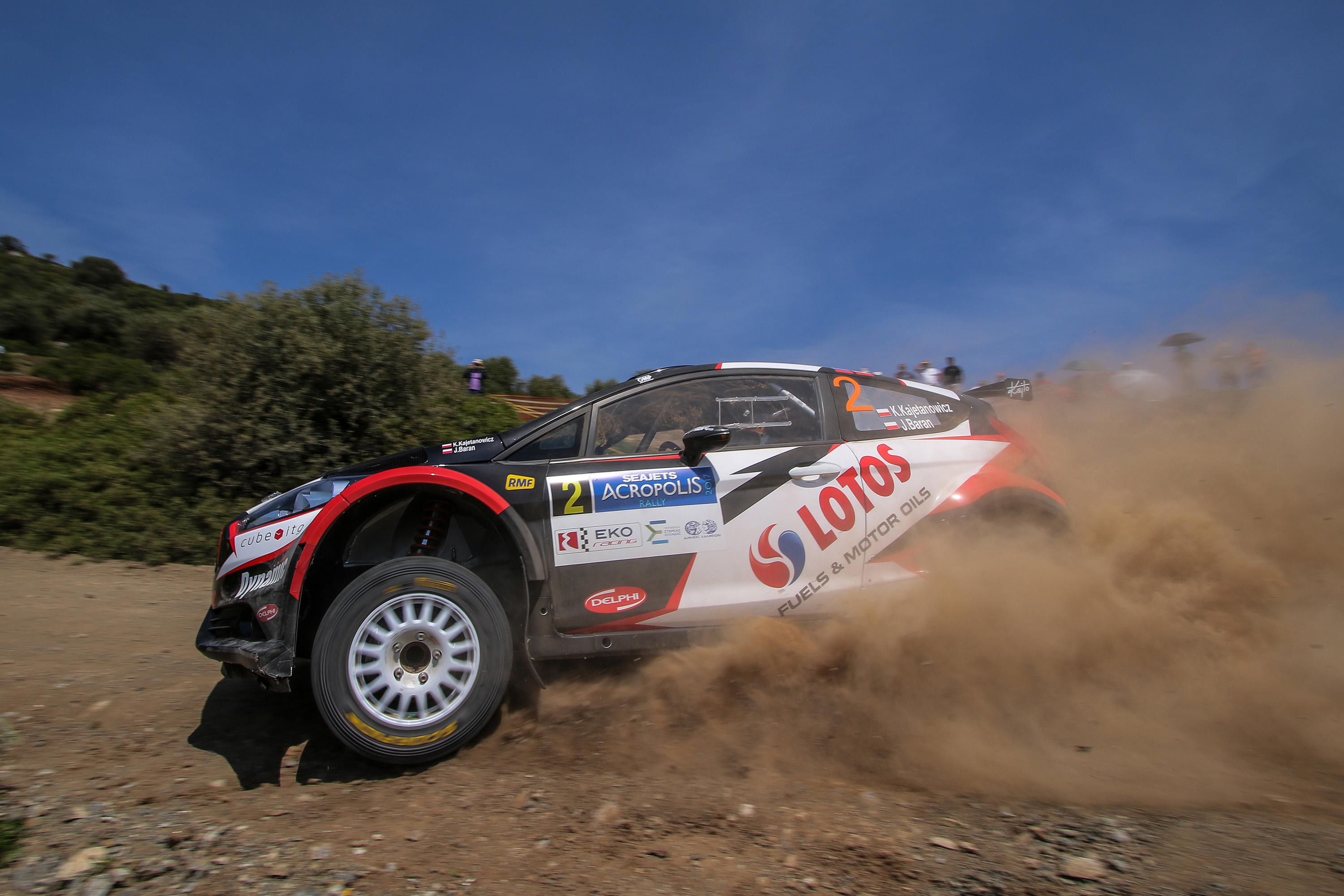 Excellent result for Kajetanowicz on the Qualifying Stage of Acropolis Rally

High temperatures, plenty of dust, championship-winning competitors and special stages without any margin for error. This is the 63rd SEAJETS Acropolis Rally: round three of extremely hard-fought contest in the 2017 FIA European Rally Championship. The Greek battle started very well for double champions and current title defenders: Kajetan Kajetanowicz and Jarek Baran set the pace in free practice and then recorded excellent second fastest time on the Qualifying Stage!

The official Starting Ceremony takes place tonight. Tomorrow the route consists of three special stages run twice. The first one, Gravia (24.81 kms) starts at 9:08 CET. There is one obvious goal for every champion taking part in this great battle: to win one of the oldest and most famous events in the world.

– We have just finished the Qualifying Stage for the Acropolis Rally, which we run with good pace. I have a cool feeling and lots of fun behind the wheel, and on top of that the car is just great. I would like to maintain everything during the whole event but it will not be easy. This is one of the toughest rallies in the world when it comes to surface and frequent grip changes. Among the competitors we have Nasser Al-Attiyah, double world champion, the FIA ERC points leader Bruno Magalhães and many other very fast drivers. For sure Nasser will be very quick and this is good not only for the fans, but also for me. I am competing in order to fight with the best rivals.

The 2017 Acropolis Rally in numbers:

Schedule of the 2017 Acropolis Rally (all times are CET):

The 2017 FIA European Rally Championship standings ahead of Acropolis Rally: