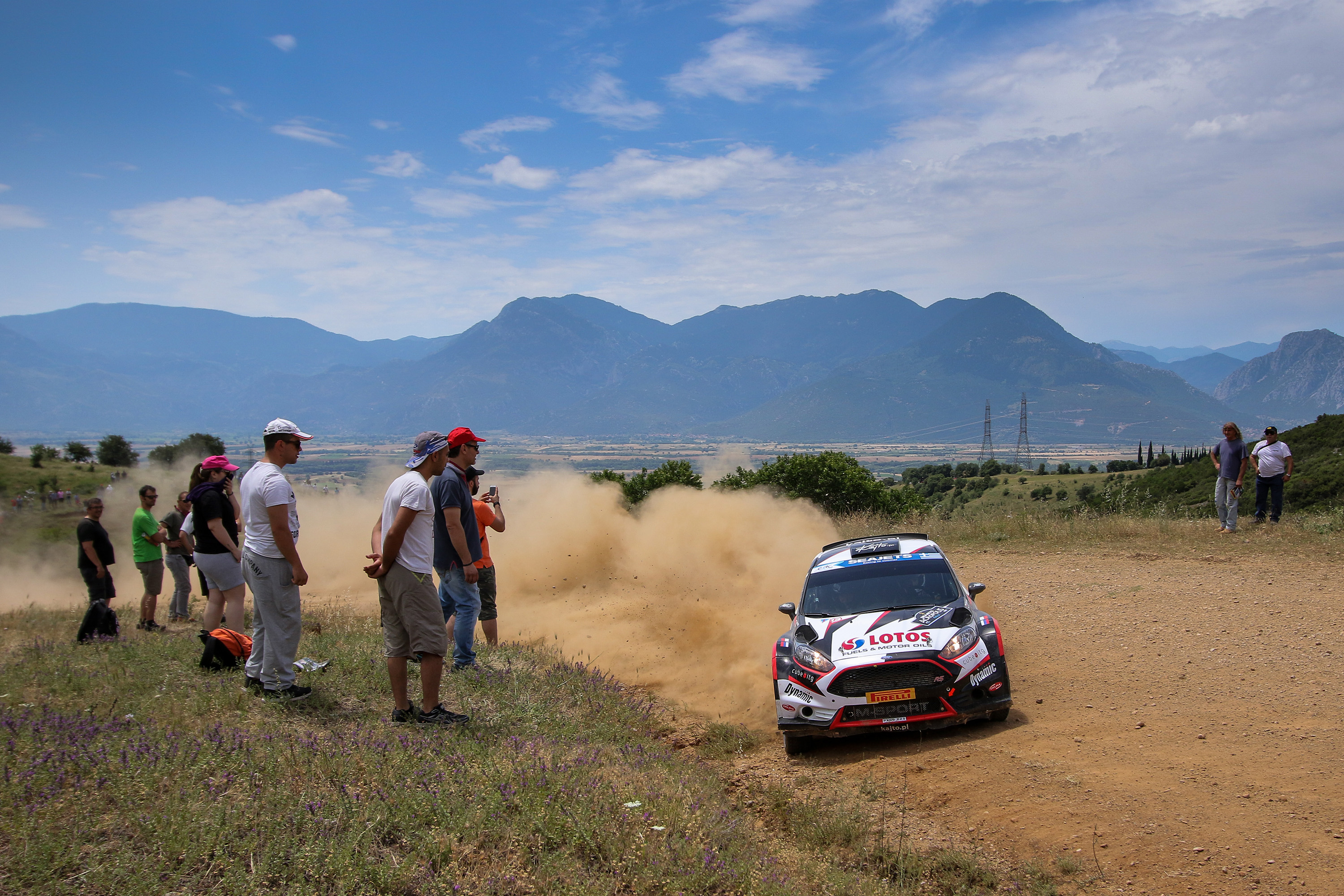 Great pace of the LOTOS Rally Team crew – Kajetanowicz and Baran in top three after Leg 1 of Acropolis Rally!

The second loop of Saturday’s leg of Acropolis Rally proved how difficult and unpredictable the Greek event is. One of the oldest rally in the world is an enormous character test in which one has to employ perfect tactics while driving at one’s best. Kajetan Kajetanowicz and Jarek Baran stood up to this challenge, winning the most special stages – the Polish duo set the pace on three out of six tests, making up the ground lost during the opening loop, forcing their way into top three!

The afternoon loop started with the second run of Gravia test (24.81 kms), won by Nasser Al-Attiyah. Kajetanowicz recorded fourth fastest time and repeated this result on the following stage, finishing it with a puncture. Despite flat tyre, back-to-back European Champions lost just over 5 seconds there. In turn, there were no problems on the final test of the day, Paleohori (12.43 kms), and the LOTOS Rally Team driver notched up another stage win and it means that we won half of today’s test.

Sunday’s leg of round three of the 2017 FIA European Rally Championship consist of over 325 kilometres, including no less than 126.88 competitive kilometres, divided into six special stage. The longest one, Elatia/Karya, is almost 34 kilometres long. The weather is supposed to be hot again, so the conditions will be even more demanding.

– Our pace was good today, basically enforced by our competitors, but we are able to keep up with them. We won the most stages, however we are in third position rather than in the lead. Two punctures have changed our position in overall standings a bit, but it does not matter. I am happy, I enjoy my driving. It was a hard day of this iconic rally and podium position is a success. Somebody could say that we are a bit crazy – how can we still keep smiling in such difficult conditions, with extreme heat, road full of holes, jumps and bumps? When we get out of our rally car, we already think about possible improvements. Big thanks to my LOTOS Rally Team, tomorrow we will be ready to fight for the highest position possible. I would like to win this rally, but it is very difficult event and not everything depends on us.