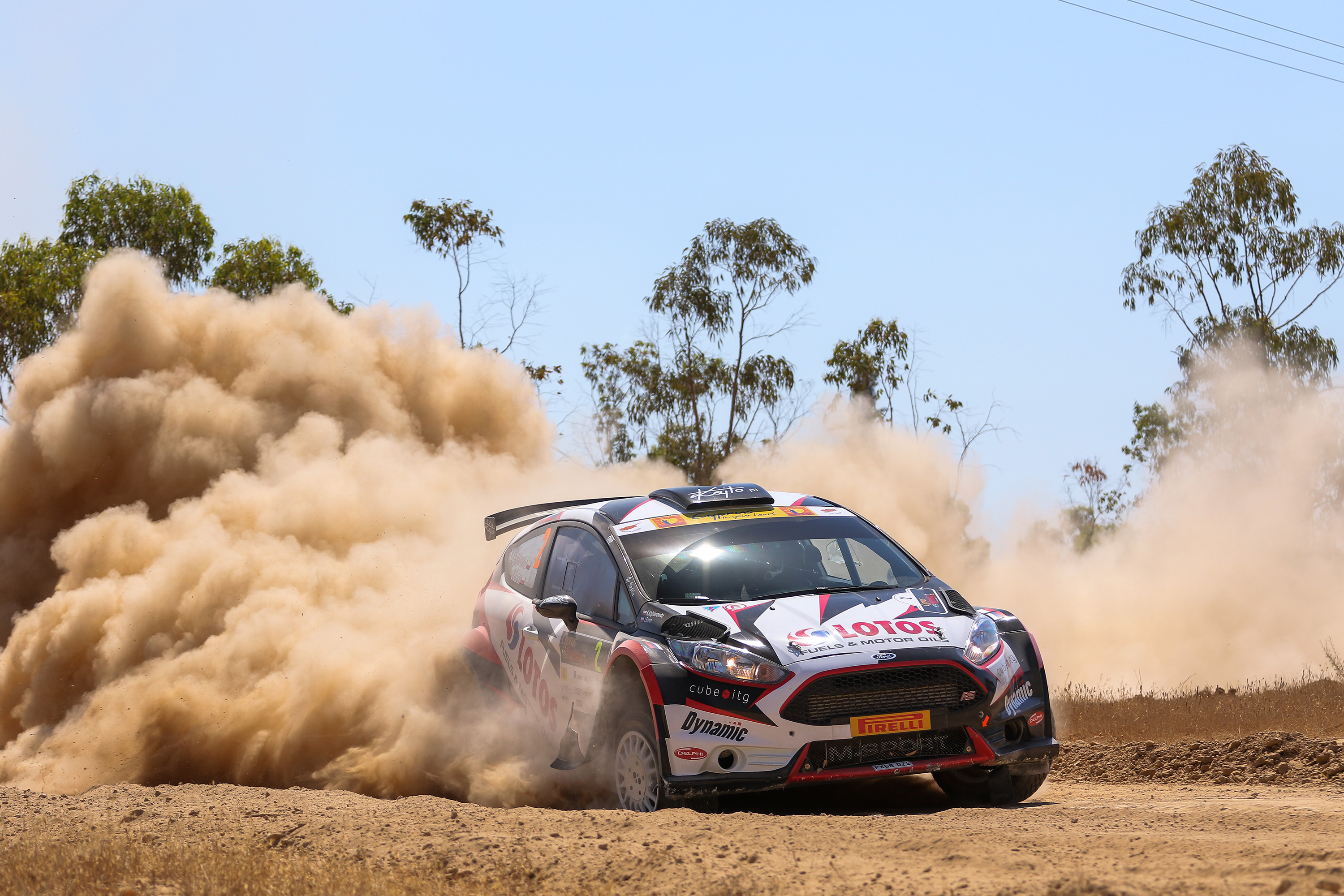 Round four of the 2017 FIA European Rally Championship, Cyprus Rally, starts tonight in Larnaca, over two thousand kilometres away from the capital city of Poland. For Kajetan Kajetanowicz and Jarek Baran this exotic event marks another point on their map of the battle for third consecutive championship title. This mixed, gravel and asphalt rally is contested in tough conditions, with temperatures exceeding 40 degrees centigrade, on very demanding, rough and rarely used roads. Here the best pace is not always the most important thing – first and foremost it is essential to avoid car damage on rough sections and huge rocks scattered all over the road.

The shakedown ahead of Cyprus Rally got underway on Friday (16 June) at 6:00 CET. The 4.85-kms test was later run as the Qualifying Stage and its results determined the starting position selection order. Kajetanowicz and Baran recorded tenth fastest time – losing 22 seconds due to tyre puncture in their Ford Fiesta R5. Fortunately according to regulations this stage does not count towards the overall classification.

Tonight the Starting Ceremony takes place in the coast city of Larnaca. The opening stage starts on Saturday morning (17 June), before 7:00 CET. The whole distance of Cyprus Rally exceeds 720 kilometres, including almost 220 competitive kilometres divided into fourteen special stages. The Saturday’s leg consists of eight tests and the longest one (Kalo Chorio) is over 21 kilometres long. Ahead of round four of the 2017 FIA ERC, the LOTOS Rally Team crew holds second position in overall standings.

– Cyprus Rally is a very demanding round, especially for the car. High temperatures, lots of dust, also inside the car – you cannot avoid this. The Qualifying Stage showed that 100% pushing to the maximum will not be the best tactics – in such case the chances of reaching the finish line are quite slim. The stages resemble the famous off road Dakar, but not in all places. It is also difficult because it is tricky to get the right setup, the surface changes a lot. However, we enjoy this rally very much, we are second in the championship and our goal is to maintain this position – at least.

Schedule of the 2017 Cyprus Rally (all times are CET):