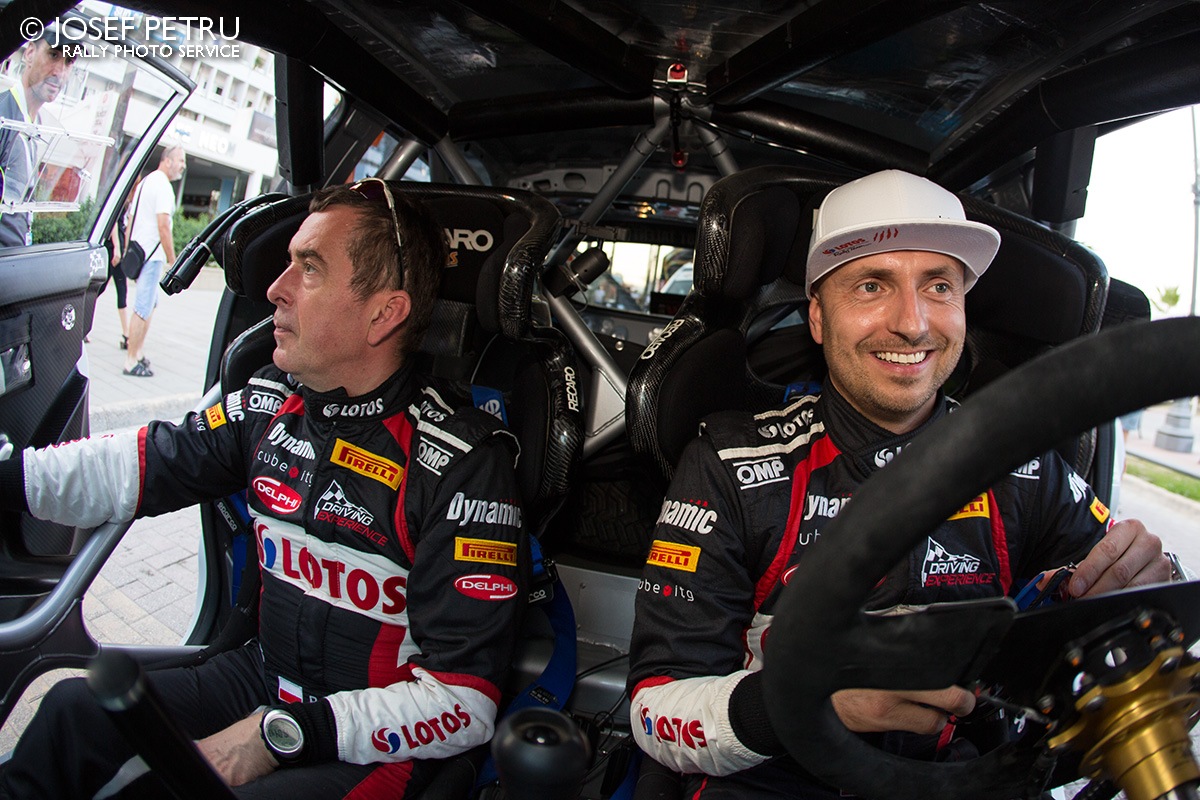 The second and final leg of the 2017 Cyprus Rally is underway. Kajetan Kajetanowicz returned to competition in round four of the FIA European Rally Championship, setting the pace right from the beginning of Day Two. The LOTOS Rally Team driver, co-driven by Jarek Baran, won both very long stages on the opening loop and leads the standings of Sunday’s leg!

Today’s competition takes place in windless and very hot conditions. The crew fight on the longest stages of the rally, covering over 45 kilometres during the morning loop. Kajto avoided mistakes and was the fastest driver by far, defeating Nikolay Gryazin (Russia, Skoda Fabia R5) by 7.0 seconds on the opening stage and Nasser Al-Attiyah (Qatar, Ford Fiesta R5) by no less than 36.6 seconds on the second one.

There is still a long way to the finish: the crews have four special stages to go – another run on two stages of the opening loop and then two runs of Love Cyprus Golden Stage. Top crews of different categories (in overall standings and front-wheel-drive cars) with the best aggregate times on these two final stages will receive financial bonuses. The prize fund is no less than 24 thousand euro. The test runs along Larnaca Bay, in south-eastern Cyprus. In the first version it is 5.31-kms long (100% gravel), in the second – 6.17 kms (74% on gravel, 26% on asphalt).

– We are back in competition in Cyprus Rally. Today’s opening loop was very good for us, we won two special stages. I am happy with my performance. We did not damage our car and it very easy to make such mistake here, sometimes it is a lottery. There is a lot of soft sand, where you do not see huge rocks which can easily damage the suspension. I am doing my best. My goal is to score seven points and I am focused on achieving this target.