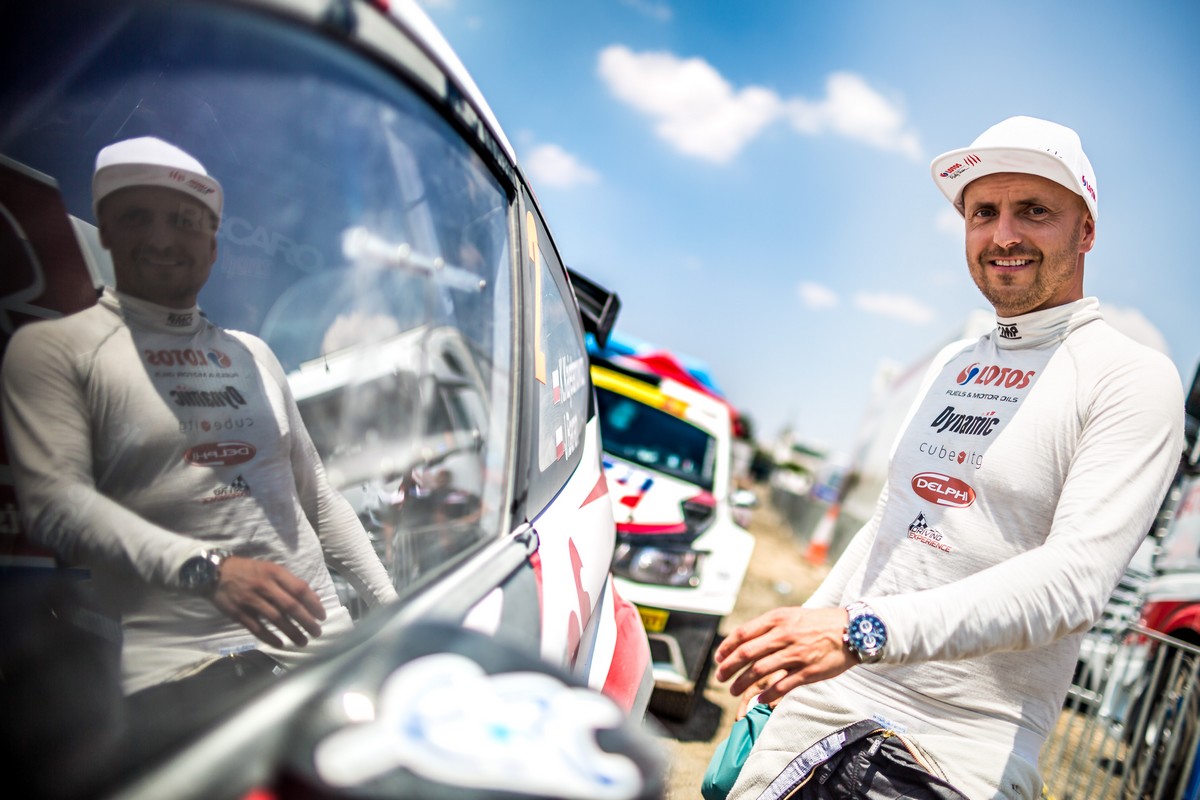 The second part of the 2017 FIA European Rally Championship season is approaching fast. An extremely important round five of the series takes place in Poland. Twenty-sixth edition of Tarmac Rally Rzeszów runs on 3-5 August, with Kajetan Kajetanowicz and Jarek Baran fighting for their fourth overall victory in this event. The LOTOS Rally Team crew holds second place in the FIA ERC standings with narrow gap to the leaders and fights for record-breaking triumph this year – first-ever third consecutive championship title.

Kajto has 79 points to his name and as the only driver have recorded stage wins during all four championship rounds run so far this year. He set the fastest times on 16 tests and finished 33 stages (61%) in top three. These results brought his overall FIA ERC tally to 115 stage wins. The first part of the season consisted of three gravel rounds (Azores, Greece and Cyprus) and one asphalt rally (Canary Islands). There are more Tarmac events in the second part (Poland, Czech Republic and Italy), with the championship showdown in Latvia (gravel).

Kajetanowicz takes part in this event for eleventh time. The LOTOS Rally Team driver made his debut here for the first time in 2005, winning one-make Peugeot Cup classification. He scored three overall victories, including last year’s edition, when Rally Rzeszów appeared in the FIA ERC calendar for the first time. Only Bouffier has more wins under his belt (four) and he has also entered this year’s rally.

The route is over 214 kilometres long and consists of eleven special stages. The Subcarpathian region is famous for its narrow roads, full of corners with no space for any mistake. The crews have to take quick and precise decisions – every moment of hesitation brings a loss of precious seconds which might impact the victory chance.

After Thursday’s Qualifying Stage in Niechobrze (starts at 12:15 CET) and starting ceremony in the evening (18:00 CET), the crews will compete over two legs, on Friday and Saturday. The opening day consists of five special stages, including the longest one of the rally: Pstrągowa (24.56 kms). This leg ends with a spectacular superspecial through the streets of Rzeszów. On Saturday, the final day, the crews will fight on six special stages with total length of over 113 kilometres. The battle for victory should end at around 16:00 CET and the popular finish ceremony in The Main Square in Rzeszów, attracting huge crowds, takes place at 17:30 CET.

Kajetan Kajetanowicz: – Together with all members of the LOTOS Rally Team we consistently work on our pre-season plan, which is to fight for third consecutive championship title. We have completed the first part of the season, in which we showed good pace. Rally Rzeszów is very close to my heart. This round takes place in our homeland and it brings extra motivation and boost. I want to give our fans plenty of emotions and to drive as well as possible but I also know that we face a difficult task. Everyone wants to beat the champion, especially on his home ground. However, you may rest assured that I am not going to make this task easy for them. 🙂

You can follow the rally thanks to Eurosport coverage, according to the schedule (all times are CET):

The 2017 Rally Rzeszów in numbers:

Rally Glossary – all about rallies
Part 2: Scrutineering – safety and rules

It is time for the second part of our rally glossary: we explain the intricacies of Scrutineering. This procedure takes place twice during each rally: the first one is compulsory for every crew, the cars subjected to the second one are appointed by the Stewards. The initial Scrutineering usually takes place one day ahead of the start and technical delegates perform thorough checks of the rally car and crew’s safety equipment.

Schedule of the 2017 Rally Rzeszów (all times are CET):