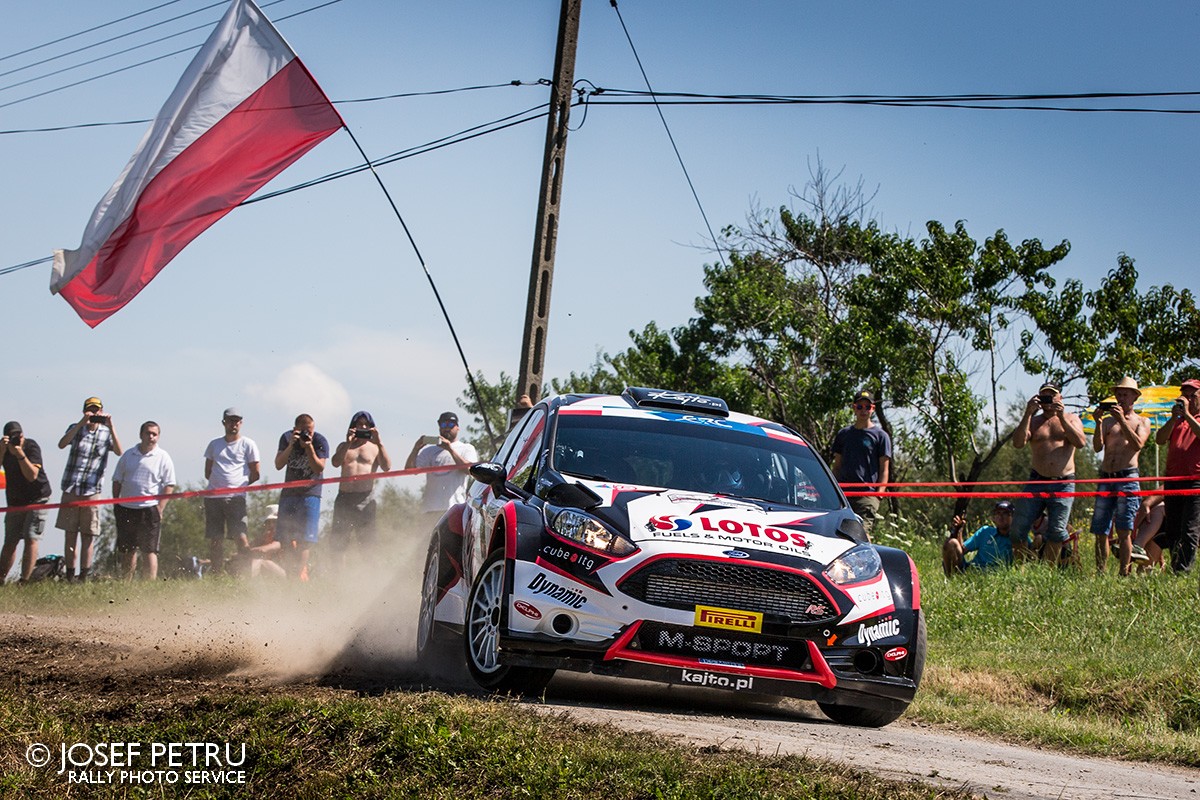 Tight battle in Rally Rzeszów: Kajetanowicz is ahead of the FIA European Rally Championship leader

Kajetan Kajetanowicz and Jarek Baran set stage times among the frontrunners of Rally Rzeszów, round five of the 2017 FIA European Rally Championship. After two stages the LOTOS Rally Team crew is the fastest among Polish competitors and their advantage over the championship leaders exceeds one minute! One of the main goals for Kajetanowicz and Baran is to defeat their Portuguese rivals.

– We have completed two very fast special stages and our gearbox was too short in some places. I had not predicted this during recce. Apart from that our car works very well. This is an interesting rally and probably nobody expected that so many drivers would have such a great pace. We are leading other Polish crews and I am happy about it. I want to go faster and this is the plan for the second loop. However, I also keep championship points in mind. Our main rival Bruno Magalhães is behind us and it would be good to finish the rally in this order. I enjoy driving despite high temperatures, although the weather is changing now. Everybody faces a tough decision and I am not the only one who has to think hard about tyre choice.