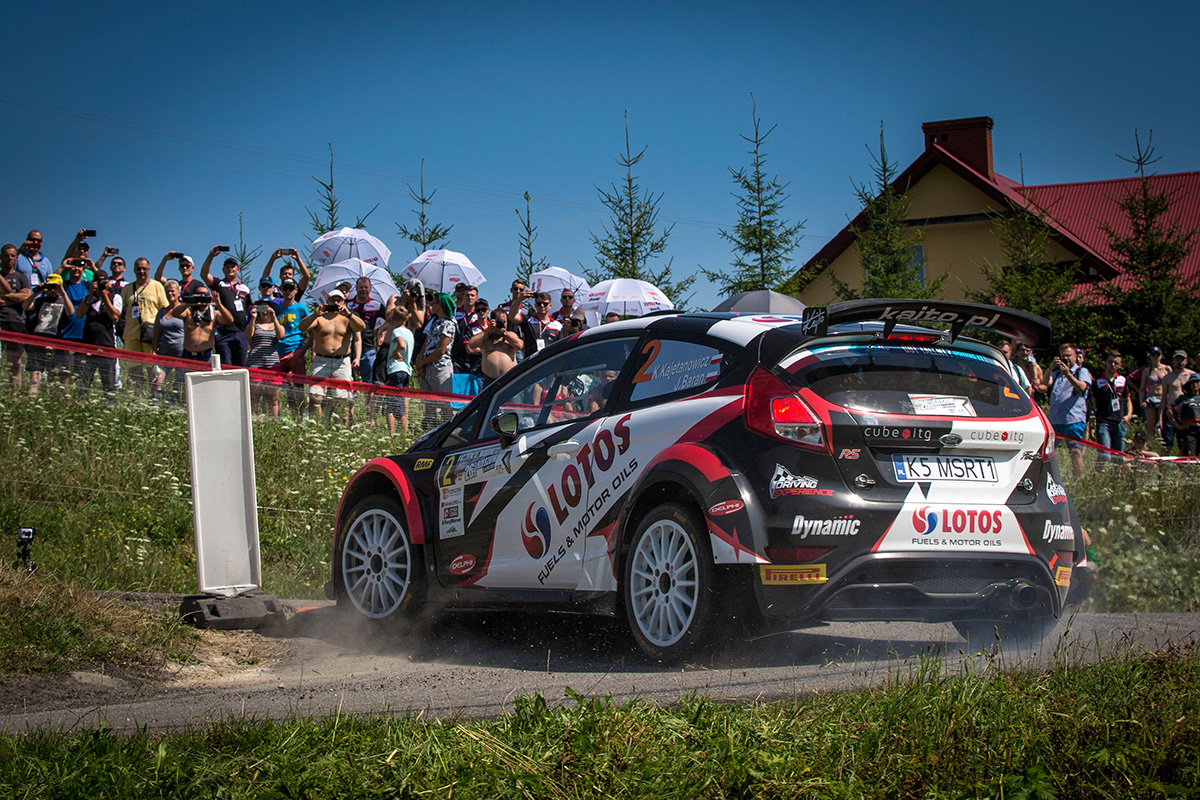 Assured and efficient performance of Kajetanowicz – he holds second position in Rally Rzeszów!

Competition during Leg 2 of Rally Rzeszów, round five of the 2017 FIA European Rally Championship, is accompanied by high temperatures and high emotions. Kajetan Kajetanowicz and Jarek Baran maintain very good pace on narrow roads of the Subcarpathian region. They are the fastest Polish crew and hold second position in overall standings. Over the course of the opening loop they also extended by almost one minute their lead over Bruno and Hugo Magalhães – their main rivals in the championship, who are currently leading the standings. The LOTOS Rally Team crew successfully follow their pre-rally plan which is to fight for the lead in the 2017 FIA ERC classification.

The day started with famous Lubenia stage, loved by rally fans for its extraordinary water splash. The surface of this 22-kms test was surprisingly slippery, also due to some dirt thrown from the roadside. This stage was won by Bryan Bouffier (France, Ford Fiesta R5) who defeated reigning Polish champion Grzegorz Grzyb (Skoda Fabia R5) by 2.6 seconds. Kajetan Kajetanowicz also finished the test with narrow gap of just 3.2 seconds. Russian driver Nikolay Gryazin went off the road and had to retire his damaged car. Until this accident he was classified in high, third position.

After eight special stages Bouffier leads the overall standings, with 30.5 seconds advantage over the LOTOS Rally Team driver. Top three is completed by Griebel (+42.8 seconds). Magalhães is tenth and trails Kajetanowicz by over three minutes. There are just three stages to go: the crews will repeat Lubenia (22.55 kms), Korczyna (16.05 kms) and Wysoka (18.30 kms) stages.

– This a very fast and at the same time technical rally, on narrow Tarmac roads. It gives us plenty of positive emotions. It is difficult to stay focused at high temperatures and fatigue starts to kick in but I am pursuing my plan and I am proud of that. Our car works very well. We had slight issue with brakes on the stages but overheating of brakes and tyres is quite normal at high temperatures. If brakes are hot and grip level is very high, then tyres also overheat. Tyre pressure grows and precision drops. You have to respect this rally a lot.