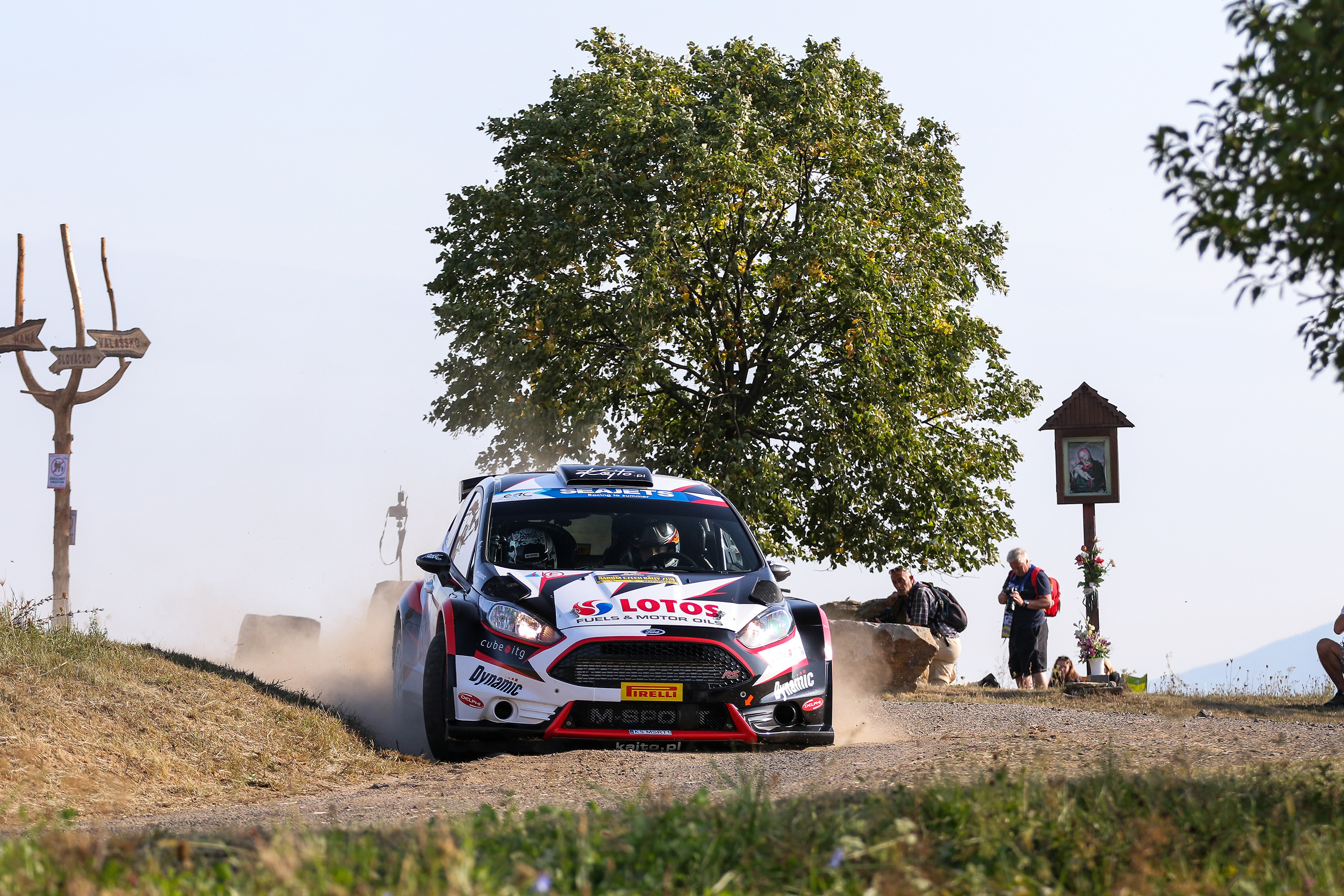 Barum Czech Rally Zlín: Kajetanowicz among the frontrunners on the Qualifying Stage

Kajetan Kajetanowicz and Jarek Baran lead the 2017 FIA European Rally Championship standings, fighting for record-breaking achievement: third consecutive championship title! The LOTOS Rally Team crew begin their fight in round six of the season, Barum Czech Rally Zlín. Excellent pace in the first part of the campaign, in which they scored three podium finishes (including victory in Acropolis Rally), enables them to lead the overall championship standings.

Right before the start of real competition, the crews participated in shakedown runs and then fought on the Qualifying Stage. The gaps between rivals were marginal and rarely exceeded more than couple of tenths. Kajetan and Jarek recorded fourth fastest time on the Qualifying Stage, losing less than three and a half seconds to the winners, Alexey Lukyanuk and Alexey Arnautov (Russia, Ford Fiesta R5). Second position went to six-time rally winner Jan Kopecký, co-driven by Pavel Dresler (+0.512 seconds, Czech Republic, Skoda Fabia R5) and top three was completed by Václav Pech Junior, who has twenty Barum Czech Rally Zlín outings under his belt, co-driven by Petr Uhe (+3.097 seconds, Czech Republic, Ford Fiesta R5). It is worth noting that no less than 26 crews set times within less than 10 seconds!

The official starting ceremony takes place today at 16:00 CET and before that the competitors pick their road positions for tomorrow’s leg. Then, at 21:30, they will start the opening test – city stage in Zlín (9.51 kms). The crews are seeded in reverse order and it means that championship leaders Kajetanowicz and Baran will start last.

Kajetanowicz is the only driver who won special stages during every championship round held so far this season. Altogether he has 116 FIA ERC stage wins under his belt.

– We compete with number one on our car so the challenge is for sure big and motivating. Our competition is very strong and furthermore the route is demanding – arguably this is the most difficult round in the calendar. The roads are unbelievably narrow, bumpy and fast – often dirty but there are also some very grippy sections. It is crucial to judge the surface changes properly. Other important things are bravery but also calculation at the same time: you have to anticipate the places where dirt could appear. The competition starts with a spectacular stage in city centre of Zlín. We tackle this test very late at night but there are always tens of thousands of rally fans and this for sure adds some “horsepower”. 🙂

Schedule of video coverage (all times are CET):

Schedule of the 2017 Barum Czech Rally Zlín (all times are CET):