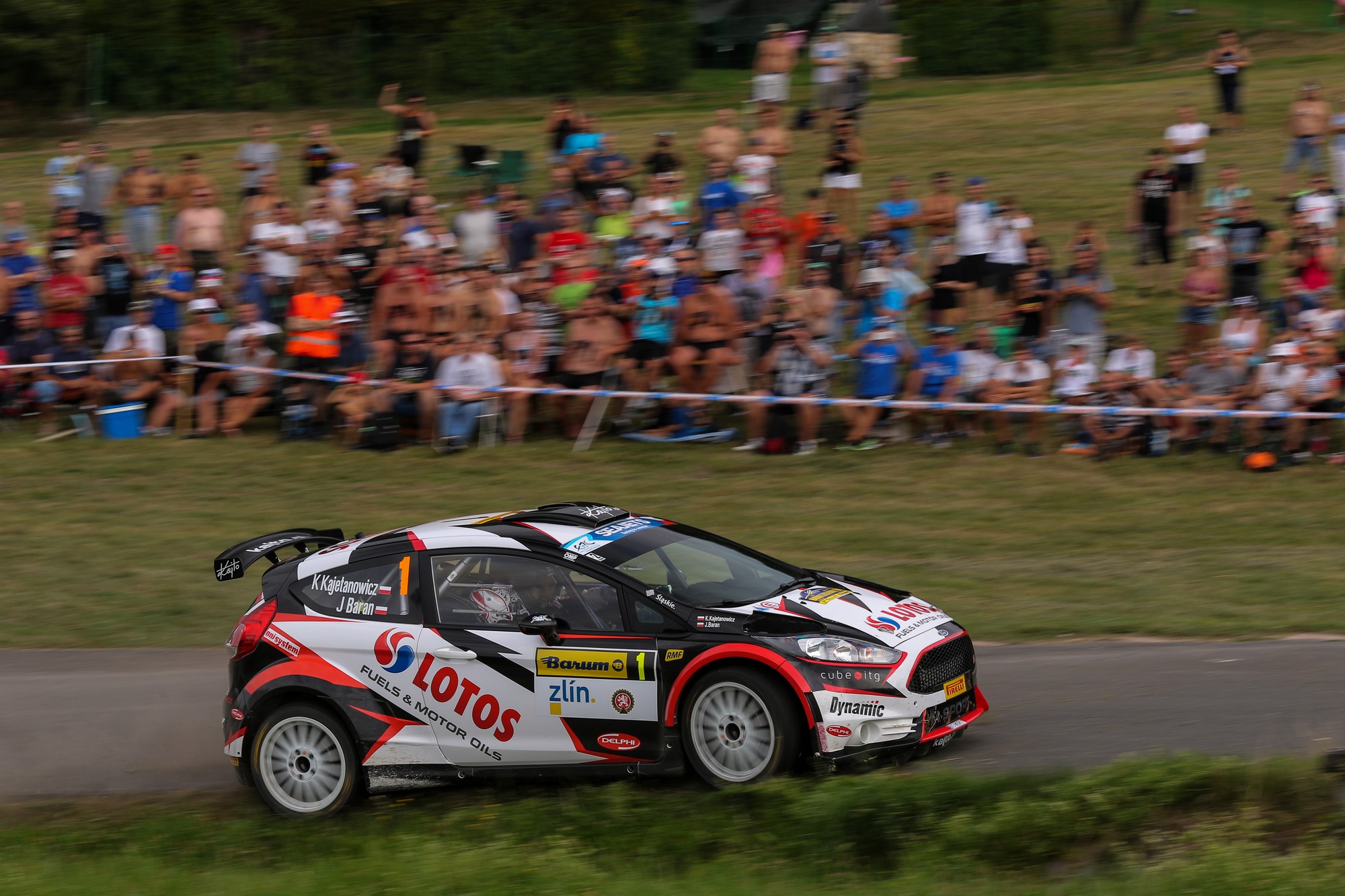 The LOTOS Rally Team crew continues their battle for third consecutive European Rally Championship title, fighting in round six of the series – Barum Czech Rally Zlín. As usual, the competition in Czech Republic is strong and no less than 37 crews use R5 cars – top category in the FIA ERC. The event started with a street superspecial in Zlín, held on Friday late in the evening. This stage, right in the city centre, as ever drew tens of thousands of fans, who vigorously supported their heroes.

Today’s opening loop consisted of over 40 competitive kilometres on extremely bumpy and narrow stages, with average speeds exceeding 110 kilometres per hour. On Saturday morning the crews completed Biskupice (8.85 kms), Semetín (11.55 kms) and Troják (22.87 kms) tests. Kajto and Jarek successfully pursue their plan, which is to fight against main championship rivals Bruno and Hugo Magalhães: their advantage exceeds half a minute. The LOTOS Rally Team duo holds seventh position in the overall standings and they are the highest-placed Polish crew. Six-time winner of this event, Jan Kopecký, leads the rally ahead of Alexey Lukyanuk and Václav Pech Junior.

– We have completed the opening loop of Rally Barum. It is a very demanding asphalt round of the European Championship but we had been aware of this before the start. The roads are very bumpy, it is difficult to stay on the road, everything is shaking – even the visibility is blurred 🙂 This the characteristics of these special stages. At the same time they give a lot of pleasure and fun while driving. The gaps between us are not big and the fight is very close. I have to admit that I enjoy it very much.