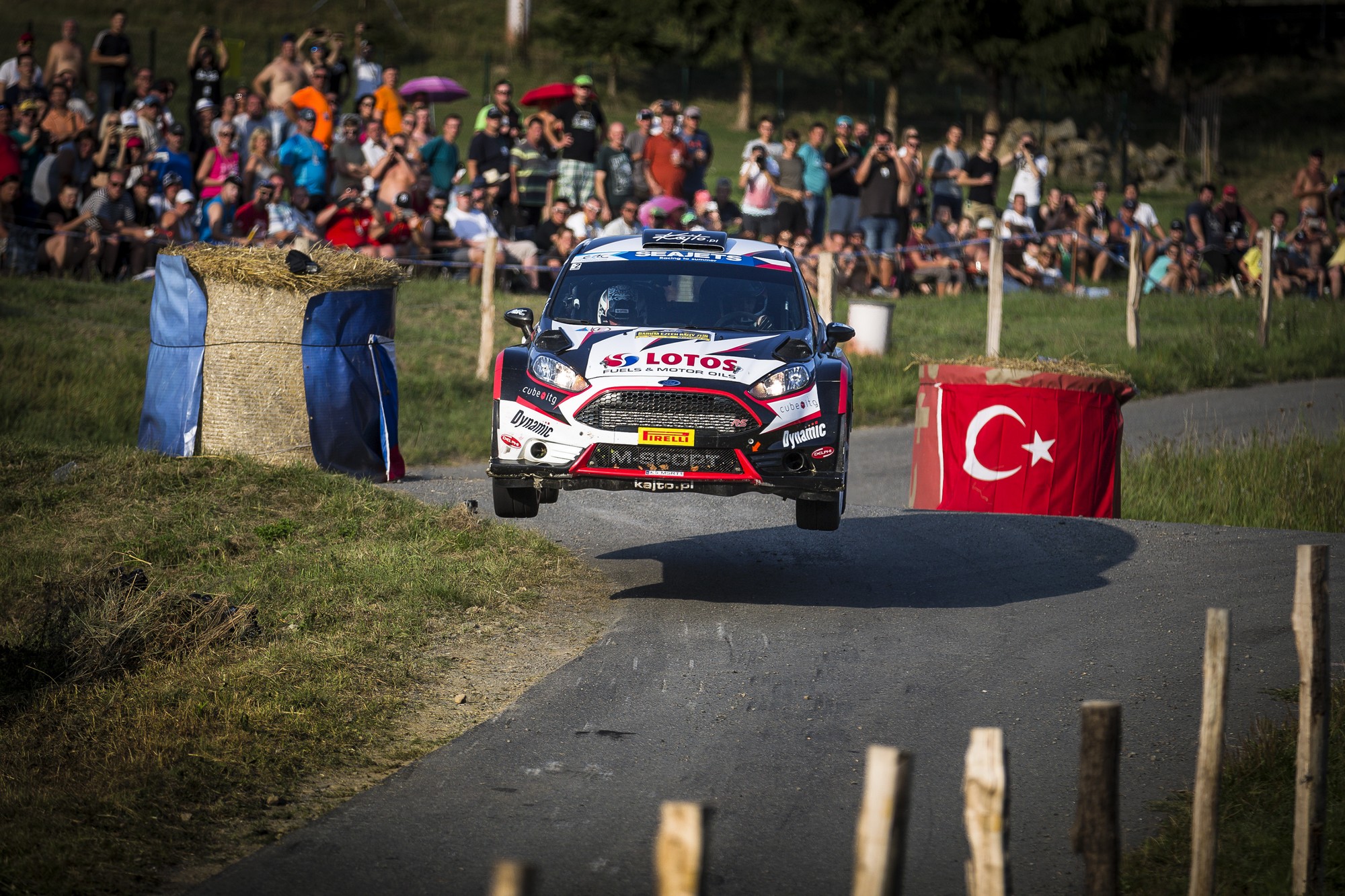 Kajetan Kajetanowicz and Jarek Baran finished Barum Czech Rally Zlín in fifth position, scoring plenty of valuable points in the 2017 FIA European Rally Championship standings! The conditions were very hot and sunny, good for huge crowds of spectators who gathered on the stages. The LOTOS Rally Team crew, fuelled by vigorous support of many Polish fans, gained three positions today. Assured and consistent pace enabled them to increase their advantage over second-placed Portuguese duo Bruno Magalhães and Hugo Magalhães. The Poles fulfil their pre-season target – to fight for their third consecutive championship title.

Extremely tight competition was won (for seventh time in his career!) by Jan Kopecký, factory Skoda driver and World Rally Championship regular. The Czech driver was fastest on 13 out of 15 very difficult special stages, defeating by almost one minute his Russian rival Alexey Lukyanuk (+55.5 seconds, Ford Fiesta R5). The final podium spot was claimed on the last special stage by another local driver, Roman Kresta, who competed in this event for twentieth time (+1.22,8 seconds, Skoda Fabia R5).

There are just two rounds to go in the FIA European Rally Championship. Kajetanowicz has a chance to achieve a great success: to win his third title. No driver has ever won three consecutive titles in the history of the oldest rally series in the world. However, in order to claim the title he has to fight two fierce battles in the final rounds of the season. To begin with, a new round in the calendar, all-asphalt Rally di Roma Capitale (Italy, 15-17 September), awaits the evenly matched championship field and afterwards the season will conclude with “festival of speed”: gravel Rally Liepāja (Latvia, 6-8 October).

– It was a good rally – not perfect but really good and mentally demanding. I am happy that we came here and got involved in a fight, avoiding taking any crazy risk. Just like after each rally, now we will analyse and check what we could improve. Good job of the whole LOTOS Rally Team allowed us to extend our advantage over Bruno Magalhães and thanks to that we will go to Italy with positive mindset. I know it will not be easy there – it is a new rally for me and another huge challenge.

– Barum is one of the most difficult asphalt rallies in Europe. The classic special stages run for many years are very well known by the local drivers and therefore they are very tough rivals every year. We scored precious European Rally Championship points in Zlín. Now we are facing another difficult rally and competition against Italian asphalt specialists.