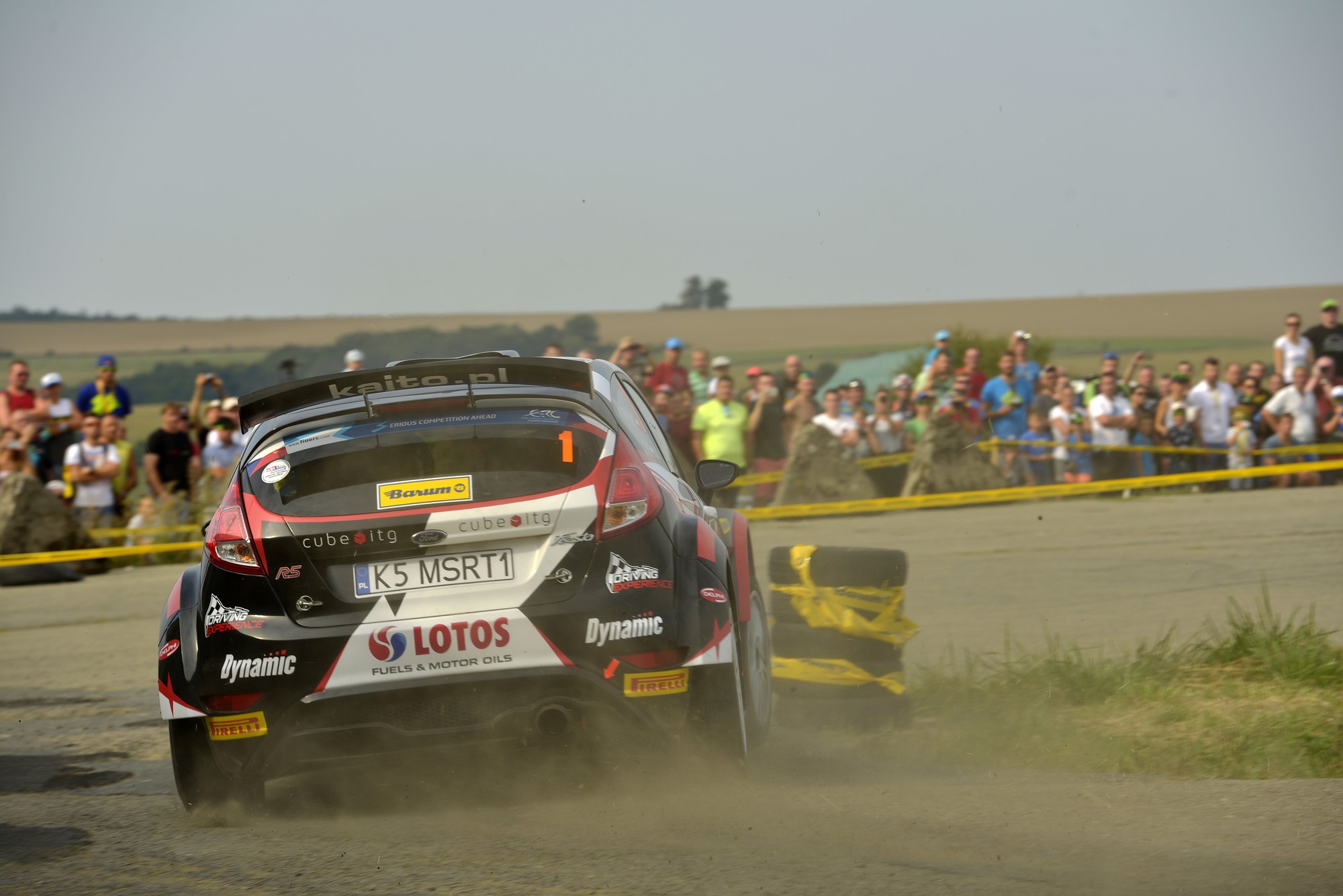 Huge emotions, heated additionally by high temperatures, accompany the battle in 47th edition of Barum Czech Rally Zlín. Kajetan Kajetanowicz and Jarek Baran started today’s competition in positive mood, pursuing their main goal – which is to fight for more points in the FIA European Rally Championship standings. Series leaders and reigning champions moved up by two places over the course of the opening loop and lose just 19.3 seconds to top three position!

This morning’s loop consisted of three special stages: Maják (8.15 kms), Pindula (17.32 kms) and Košíky (22.09 kms). All of them were won by Jan Kopecký (Czech Republic, Skoda Fabia R5), the rally leader. The 2013 European Rally Champion, for whom this is a one-off FIA ERC appearance (he is a regular World Rally Championship competitor), set a blistering pace and heads for his seventh victory in this event. After suffering two punctures, Václav Pech Junior (Czech Republic, Ford Fiesta R5) had to retire from third position. Kajto finished the loop with fifth fastest time on the longest stage and moved into top six. In Day 2 classification the LOTOS Rally Team crew hold fifth position.

There are still three special stages to go: exactly the same as during the first loop. Round six of the FIA European Rally Championship should conclude around 15:00 CET.

– We upped our pace and moved higher in the overall standings but I still don’t want to take risks. Our plan remains unchanged. It is not easy because the stages are really fantastic and very exciting in places. It is difficult to hold back but nevertheless I stay on the safe side. However, we will see what we could do during the final loop. We remain positive. The stage times we set today are quite decent and I would like to continue like this.