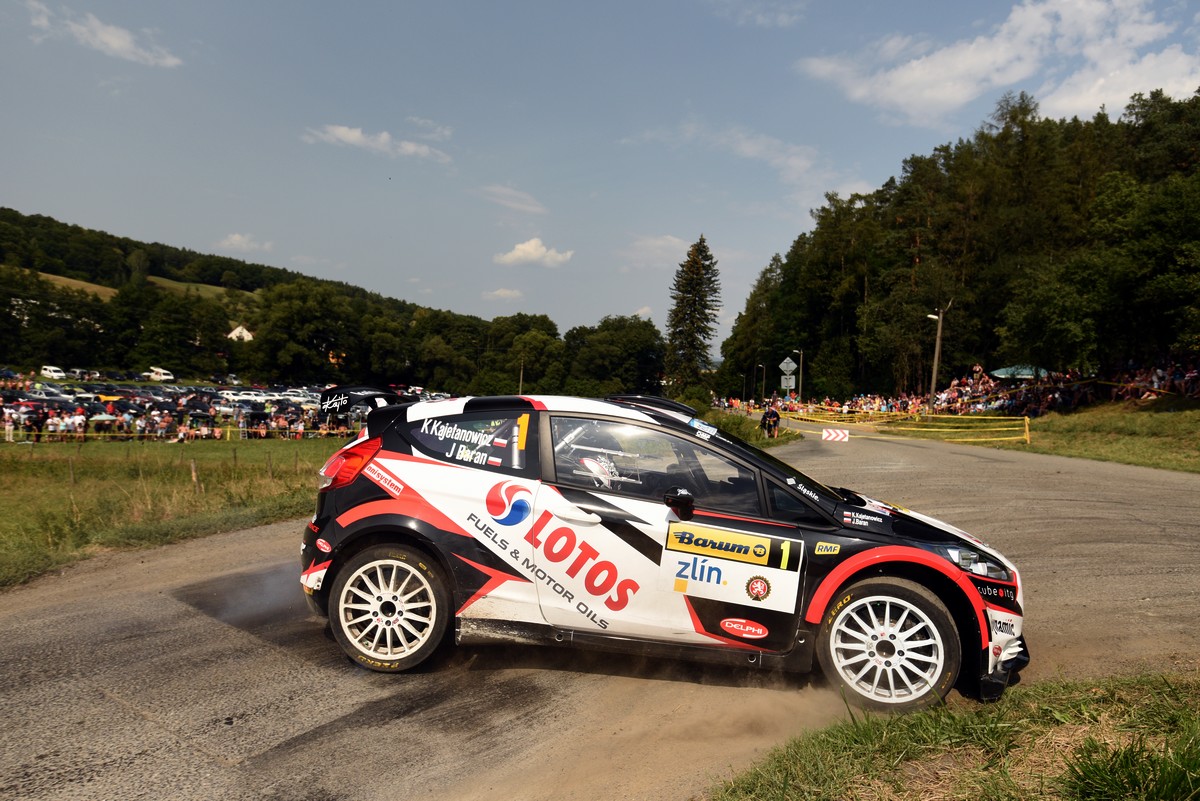 Kajetanowicz ahead of Rally di Roma Capitale: I feel great support of my fans

The FIA European Rally Championship returns to Italy after four years break. Rally di Roma Capitale takes place on 15-17 September and marks the penultimate round of extremely tight competition, led by Kajetan Kajetanowicz and Jarek Baran. The LOTOS Rally Team crew will tackle the stages around Rome with starting number one, fighting for more points on their way to third consecutive championship title. Currently they enjoy 23-points advantage over their main rivals. The competition enters its final phase – there are just two rallies to go!

Round seven of the 2017 FIA European Rally Championship takes place on narrow and grippy asphalt roads around Rome, ancient capital city of the country surrounded by the Adriatic, Tyrrhenian, Ligurian and Ionian Seas. Kajetanowicz and Baran consistently pursue their goal in style. Reigning European Champions finished all rallies to date and their excellent pace enabled them to win special stages in five of six rounds. They scored three podium finishes, including victory in the legendary Acropolis Rally. Kajetan Kajetanowicz: – New rally means a huge challenge and we are excited, looking forward to it. I have always wanted to compete in Italy because there are unique parts of asphalt roads which you cannot find in any other championship rounds. On top of that the field is very strong and tight – no less than fifteen European Rally Champions hail from this country! I am looking forward to this start with good dose of optimism – I have excellent team and car, thanks to them we are leading the championship. Key moments await us, we have to stay focused and prepare ourselves perfectly. I feel great support of my fans who believe in achieving this record-breaking success. It adds some speed and self-belief in our fight for third consecutive championship title.

Italian stages resemble a real festival of corners. Round seven of the championship consists of almost 200 competitive kilometres which together with road sections add up to almost 790 kilometres. The organisers have prepared twelve special stages – including the opening one, Aci Roma Arena, a spectacular spectators’ stage in Rome. On Saturday crews face five stages and the longest one (Greci-Pico) is 26.44 kms long. Sunday brings them another six tests, including one of the longest this year: Cave-Rocca Santo Stefano is 32.70 kms long! The rally will conclude in the afternoon and the winners will enter the podium in seaside resort of Lido di Ostia after 17:00 CET.

Competitors try to catch up with Kajetanowicz

The organisers of Rally di Roma Capitale received 77 entries (including 45 in the FIA ERC classification). In round seven of the 2017 FIA European Rally Championship Kajetanowicz will fight against competitors from 16 countries, including his main rivals who occupy other top spots in the standings: Bruno Magalhães (Portugal) or Alexey Lukyanuk (Russia). No less than 25 crews will use R5 cars – top category in the championship.

There are no less than fifteen Italian drivers among European Rally Champions! The roll of honour starts with Raffaele Pinto in 1972 and among another title winners there are Miki Biasion, Piero Liatti, Enrico Bertone or triple champion Luca Rossetti. However, none of them scored three titles in a row – nobody has achieved this kind of success so far. Kajetanowicz has a chance to break the record and set a “hat-trick” as the first driver in history.

Penalties for jump start to a special stages are divided into three levels. For the first offence crew is penalised with 10 seconds, second one means one minute penalty and third one – three minutes. After further offences the penalty is decided by stewards. It is worth noting that sometimes rallies are won or lost by a couple of seconds, so even one jump start might be decisive in fight for victory!

Schedule of the 2017 Rally di Roma Capitale (all times are CET):