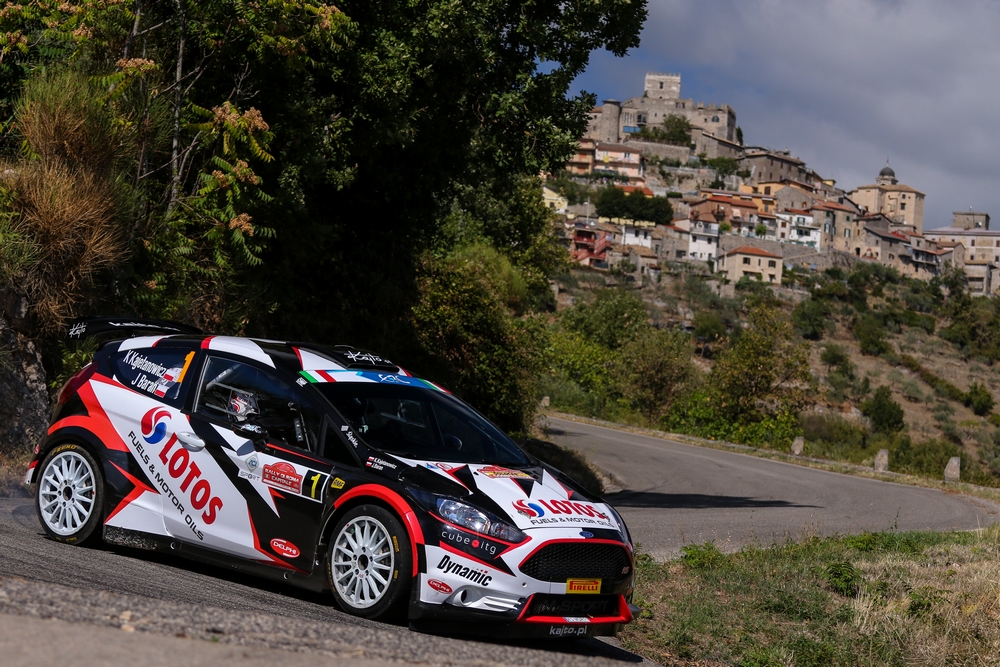 Round seven of the 2017 FIA European Rally Championship, in which Polish duo of Kajetan Kajetanowicz and Jarek Baran fight for their third consecutive title, gets underway tomorrow. The LOTOS Rally Team crew lead the standings and the season’s finish line is virtually within their sight. Today the crews completed two runs during Free Practice and Kajto set excellent times, going third and first fastest!

The Qualifying Stage was due to start after Free Practice runs. 3.48-kms Torre Cajetani test was however cancelled due to safety reasons. – We have completed our practice runs and afterwards we were supposed to tackle the Qualifying Stage. However, it has been cancelled – there were plenty of fans, the start was delayed, the rally tyres cooled down. It was not possible to drive competitively so the organisers decided to cancel the stage. Before that we had done two practice runs and we were happy with them. The feeling is good. The important things will happen tomorrow, on Saturday and on Sunday. We have to wait a bit to begin the fight. After recce we are more familiar with the route, although it was difficult to maintain concentration in some places. It might look different, but there are many rough sections and it will not be easy to get good suspension and differential set-up. There are also some different weather forecasts for the next few days but it gives us energy and plenty of emotions – said Kajetanowicz.

The opening stage of Rally di Roma Capitale starts on Friday (15 September). At 13:30 CET the crews will choose their starting positions for Saturday’s leg and just more than three hours later they will take part in official Starting Ceremony. After passing by the most famous landmarks of ancient Rome (including the Colosseum), they will commence the real competition. At 18:30 the drivers and co-drivers will start the 1.8-kms superspecial, ACI Roma Arena. Saturday’s leg consists of almost 95 competitive kilometres and on Sunday there are over 106 kilometres of fight.

Schedule of the 2017 Rally di Roma Capitale (all times are CET):