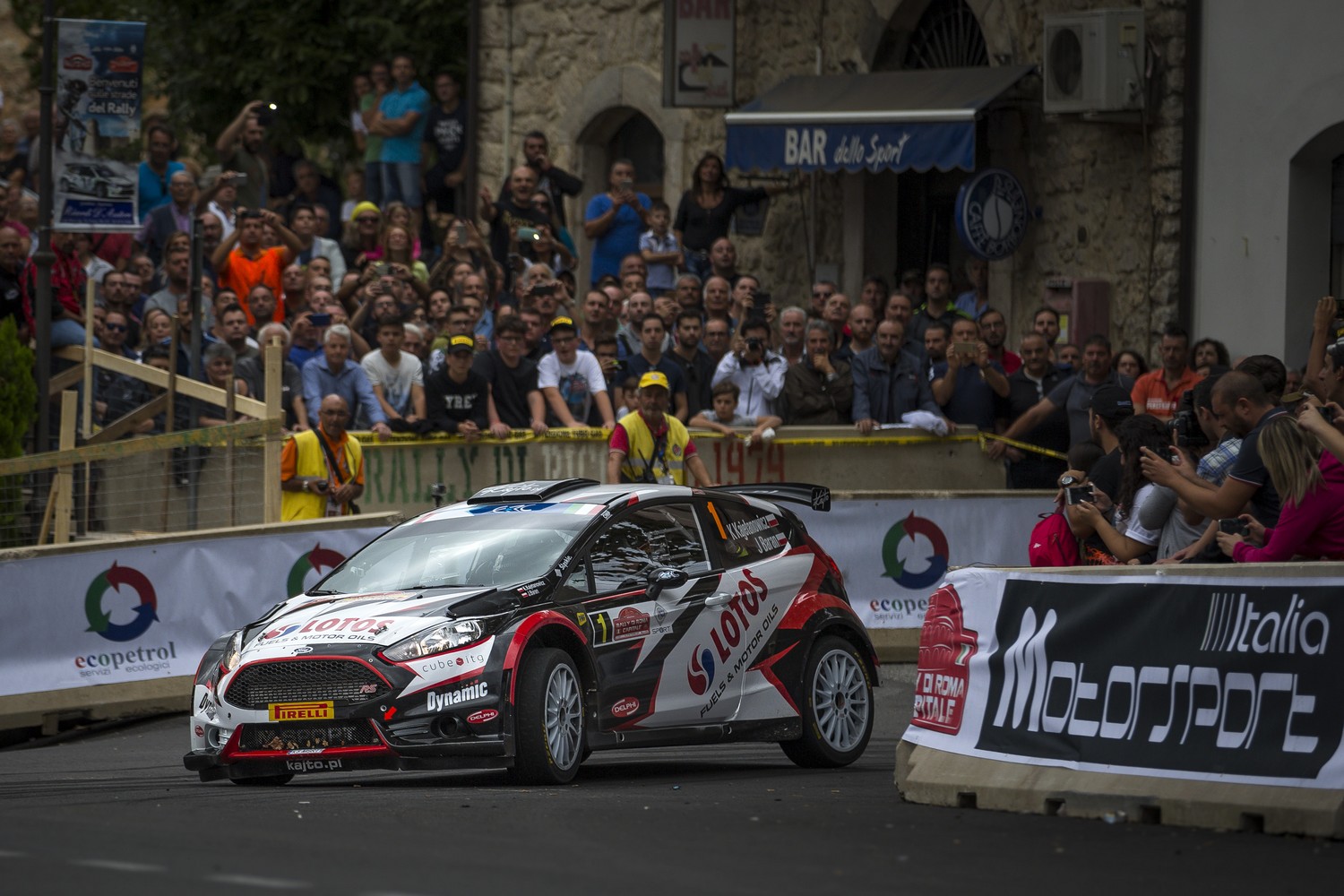 Kajetan Kajetanowicz and Jarek Baran finished round seven of the 2017 FIA European Championship in second position, defeating their main title rivals and straightening the lead in overall season standings! Rally di Roma Capitale concluded with an extremely closely fought battle for victory – after ferocious duel the Polish crew lost out to French duo of Bryan Bouffier and Xavier Panseri by just 0.3 seconds! There are only two crews left in the championship fight: Kajetanowicz and Baran battle against Bruno and Hugo Magalhães from Portugal, who trail the Poles by 30 points.

– Wonderful rally, extremely demanding. We did our best and exceeded our advantage in title fight. It was our first outing here and we were fighting for victory, but at the same time I had to think about the championship classification. With hindsight I think it was the most difficult part. We have fought over the course of two hundred kilometres and the victory was decided by the blink of an eye. Tiny margin once again proves the competitiveness and closeness of current European Championship. The whole LOTOS Rally Team works with great passion and this gives me plenty of strength – said Kajetanowicz at the finish line.

– Another top three finish in the FIA European Rally Championship brings us closer to our goal. I have not changed my opinion about Italian special stages – they are absolutely amazing. However, the organisation is a bit worse. I do not understand why the notional times on SS3 were awarded in a way which influenced the final results. We would like to avoid such issues in tough competition – Jarek Baran added.

Kajto scored further seven points for victory in today’s leg. The Polish driver drove perfectly on dirty and damp special stages. It was the longest day, with over 106 competitive kilometres. He raised his tally of stage wins in the FIA ERC to 119.

The LOTOS Rally Team crew have now 151 points. Second placed Magalhães trails them by 30 points (having 121 to his name) and Bouffier moved into third position (84 points). This season comes to an end in Latvia: Rally Liepāja, gravel festival of speed on extremely fast roads, takes place on 6-8 October.

The 2017 FIA European Rally Championship standings after round 7 of 8: