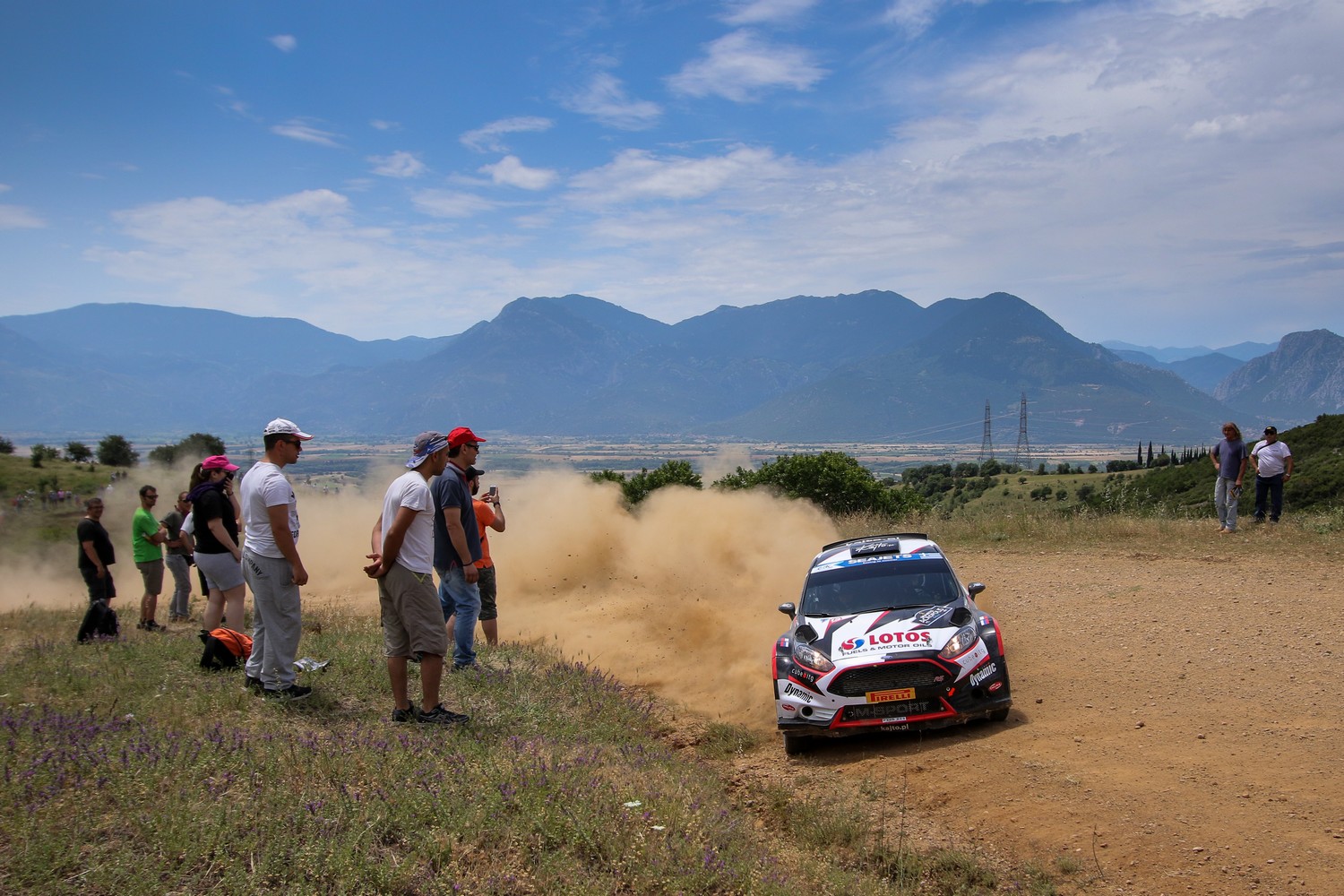 Showdown in Latvia: championship leader Kajetanowicz on the way to his third title!

The final round of the 2017 FIA European Rally Championship takes place this weekend. Kajetan Kajetanowicz and Jarek Baran are on the way to their third consecutive championship title, with 24-points advantage over Portuguese duo of Bruno and Hugo Magalhães. The LOTOS Rally Team duo will compete against their opponents on very fast gravel special stages of Rally Liepāja. The Poles have a chance of setting a new, fantastic record – no other competitor has ever won three championship titles in a row!

– I have always respected my opponents. They, I – we all strive for perfection and we dream of the same things. Each one of us sacrifices a part of one’s life in order to be faster in one’s quest for the title. In the final showdown we fight for victory with multiple champion of Portugal. Bruno is a very talented driver and a cool guy. Just like me, he has a fast car and dedicated team, these are important keys to success. I wish us both good fun during this decisive battle – said Kajetanowicz, reigning double European Rally Champion, just before the start.

39 points up for grabs

Kajto has scored points in every round this season, notching up four podium places. Perfect strategy and detailed preparation for every single rally led to recording stage wins in no less than seven out of eight events run so far! After deducting his worst score (six best results count towards the final classification), he has 24-points advantage over Bruno Magalhães. Third-placed Frenchman Bryan Bouffier trails Kajetanowicz by 61 points. There are 39 points up for grabs in the final round of the season: seven for each of two legs and 25 for overall victory.

Kajetanowicz with number one on his car

Fifty three crews have entered the rally (39 are entered in the FIA ERC classification). Thirteen drivers will use the strongest cars of R5 category. Kajetanowicz and Baran will stick starting number one on their Ford Fiesta R5, the Magalhães brothers (Skoda Fabia R5) have number two while number three belongs to Alexey Lukyanuk and Alexey Arnautov (Ford Fiesta R5). Further down the entry list there are Latvian drivers Nikolay Gryazin and last year’s rally winner Ralfs Sirmacis (both Skoda Fabia R5).

Over 200 kilometres of fight

After three asphalt rounds, in Poland, Czech Republic and Italy, the European Rally Championship returns to gravel. The Latvian stages are famous for fast bends and plenty of straights where the cars often reach their maximum speeds. Changeable autumn weather might add even more excitement to the competition. The Qualifying Stage takes place on Friday (6 October) and afterwards the fastest drivers will pick up their starting positions for Saturday’s leg. It is over 97 kilometres long and consists of seven special stages. There are another six stages to go on Sunday and the winners of battles for rally victory and championship title should be announced at around 14:30 CET.

The 2017 FIA European Rally Championship standings after round 7 of 8*:

* Classification with one score dropped. Six best results out of eight rallies count towards the final standings

The 2017 Rally Liepāja in numbers:

Schedule of the 2017 Rally Liepāja (all times are CET):