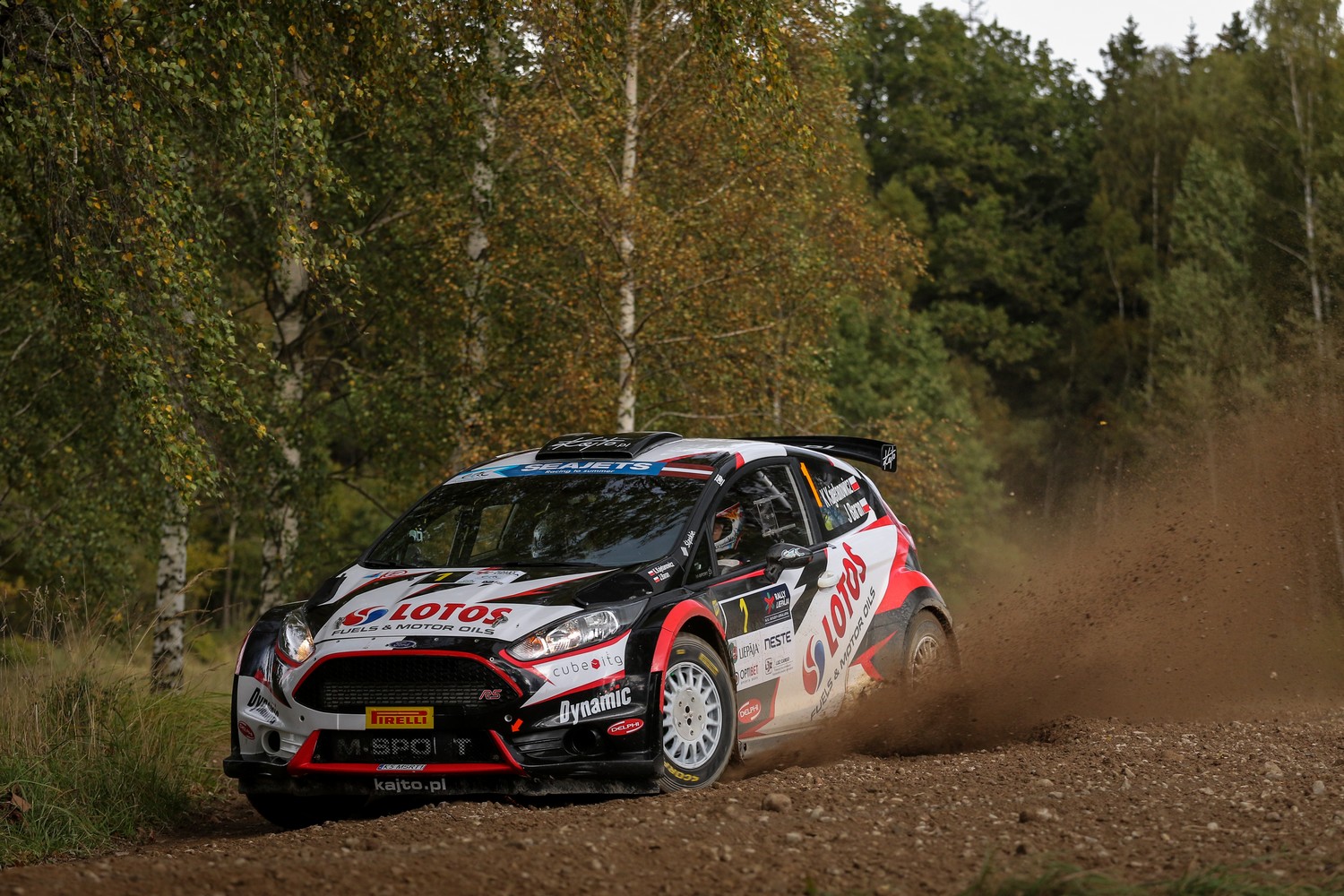 Rally Liepāja 2017: Kajetanowicz among the frontrunners on the Qualifying Stage

The European Rally Championship gets underway again, this time in Latvia. The Qualifying Stage for Rally Liepāja, the final round of the 2017 FIA ERC, was just over three kilometres long. Kajetan Kajetanowicz and Jarek Baran completed it with consistent and efficient pace, setting fourth fastest time and trailing the stage winners by less than three seconds. Their main championship contenders were classified in ninth position. The LOTOS Rally Team crew face a huge challenge: they fight for their third consecutive championship title!

– Everything has been fine up to now, including our pre-event test session. Despite heavy rain, the Qualifying Stage was not rough. It might be a bit different with the real stages. When it rains, the surface looks basically the same but it has very different grip in different places. We are driving the same route but the starting position will be crucial. Although we did not take any risks on the Qualifying Stage, this was a good opening for us and we enjoy our driving. It is important because already before the start I am thinking about the finish and it is tough to focus. The M-Sport-prepared car runs very well, as usual. There are plenty of fans from Poland who supported us on the Qualifying Stage already, it is very nice. I hope we will do a good job – said Kajetan Kajetanowicz, current FIA European Rally Championship leader, after the Qualifying Stage.

The official starting ceremony takes place this evening and it is preceded by selection of road positions. On Saturday there are over 97 competitive kilometres to cover, divided into seven special stages. The leg begins with Optibet 1 test which is 11.49-kms long – the first crew starts at 9:00 CET. The following test is the longest one in the whole rally – the first pass is 26.56 kms long, the second one (SS5) is no less than 29.64 kms long.

No driver has ever won three consecutive FIA European Rally Championship titles in the series’ history, which goes back over 60 years. Kajetanowicz has a chance to set a new record. There are thirteen stages to go until the end of the season.

The unofficial results of the Qualifying Stage ahead of the 2017 Rally Liepāja: