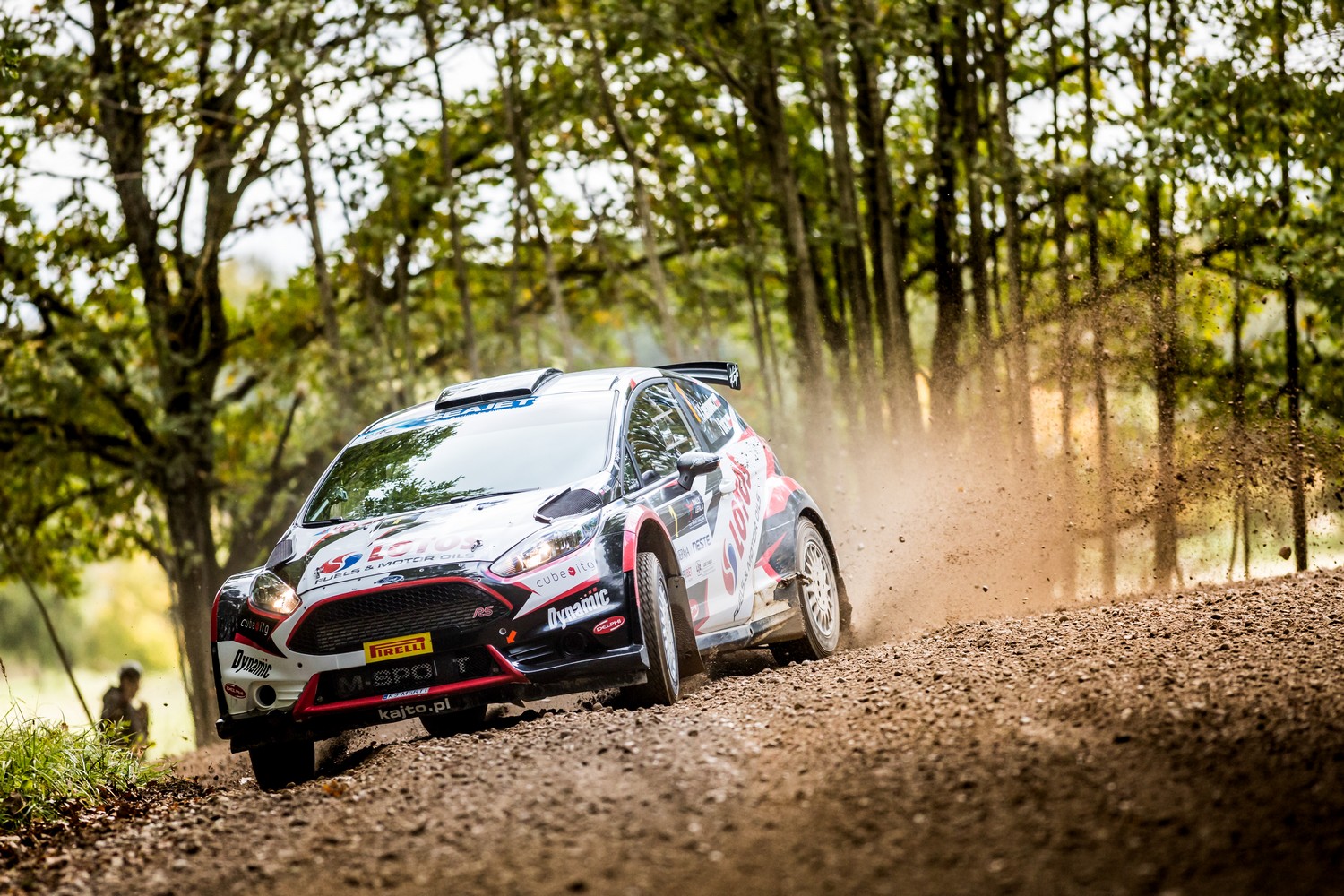 The crews battling in the final round of the 2017 FIA European Rally Championship have completed three special stages, which formed Saturday’s opening loop. Kajetan Kajetanowicz and Jarek Baran, in line with their strategy, drove at safe and efficient pace and this approach brought them fourth position in overall standings. More important, their main competitors Bruno and Hugo Magalhães trail the Polish crew by 24 seconds and five positions. The fight for the 2017 European Rally Championship title is on – and the LOTOS Rally Team crew is in the lead!

– The conditions out there are tough but there is no drama. It is rather predicable although there were some sections which could have been surprising. The difficult thing is to maintain concentration. In every corner I think about reaching the finish line. I am focusing on my battle against Bruno and this works well, as he is behind us, but it is not easy. It is difficult to enjoy driving when our target is on one hand close but on the other there is still a long way to go in this rally. On the next loop I will do my best to enjoy driving a bit more – said Kajetan Kajetanowicz, the LOTOS Rally Team driver, after three special stages.

Four stages for the second part of Saturday

There are four tests to go today, with total length of over 28 kilometres. The day ends with city superspecial Liepāja City Stage.

No driver has ever won three consecutive FIA European Rally Championship titles in the series’ history, which goes back over 60 years. Kajetanowicz has a chance to set a new record. There are ten stages to go until the end of the season.