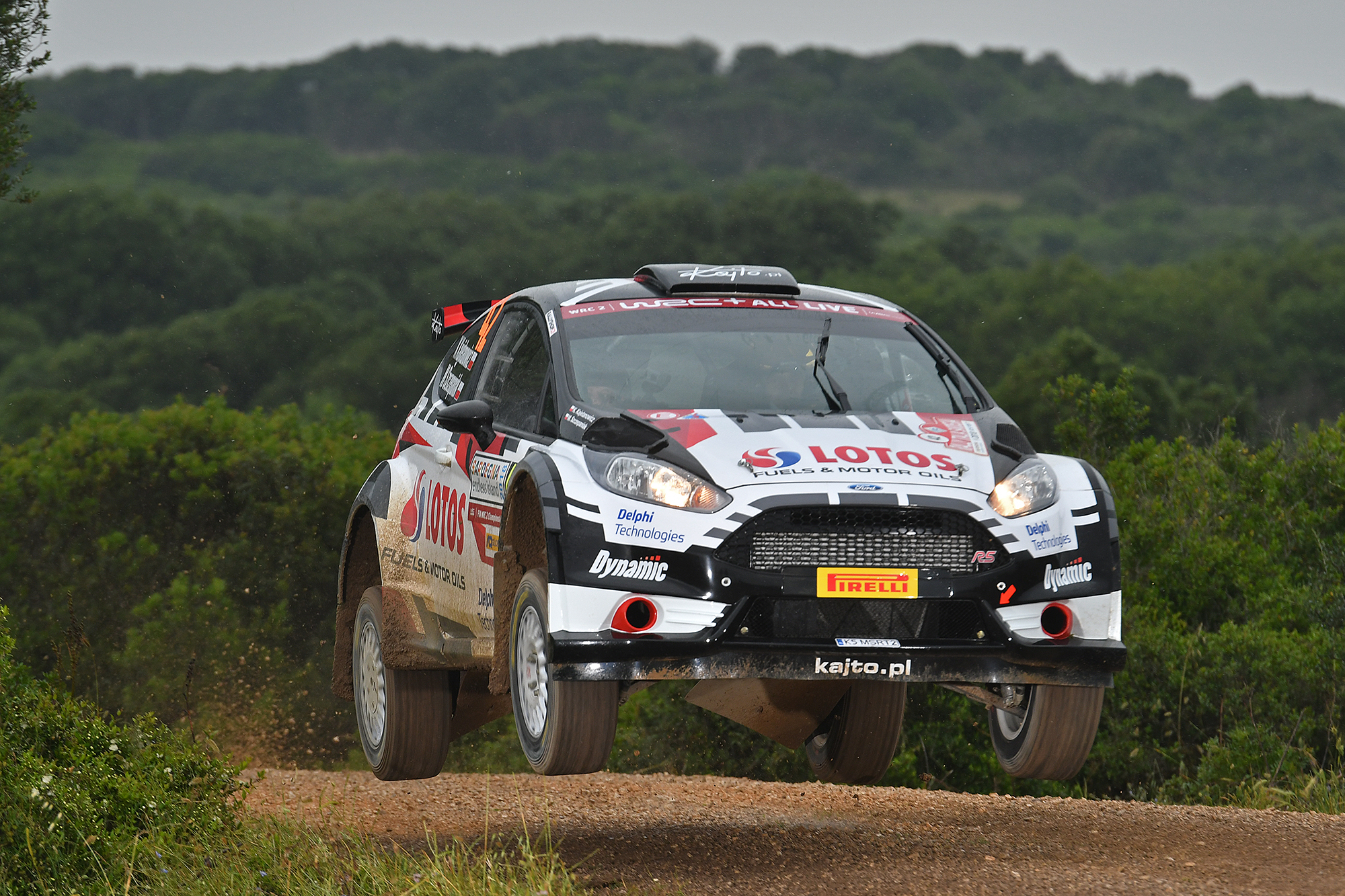 The LOTOS Rally Team crew, flying white and red national colours, this event marks the first outing on international WRC stages and also their first rally together. Thursday’s schedule was very busy: the competitors took part in official shakedown, then Kajetan answered questions from journalists during the press conference. In the afternoon the Polish duo drove through the starting gate in picturesque Alghero, overlooking the Mediterranean Sea.

The opening stage commenced at 6 pm. The road was damp after earlier rain, with plenty of soft sand. In these tricky conditions Kajetanowicz did a very good job: the Polish driver set fifth-fastest time, trailing the leaders by just two seconds. Only factory crews of Skoda and Citroen were classified ahead of the Ford Fiesta R5 driver.

– We have completed the first special stage, organised mainly for the fans. The atmosphere was amazing, we felt fantastic support on this spectacular route. It is great that we can compete in the World Championship – it starts to dawn on me more and more. The conditions are changeable – some rain, some sun, this is a real rally weather. I am happy because everything is working and we drove well, but this is just the beginning. Keep your fingers crossed, this rally is difficult and luck is very much needed