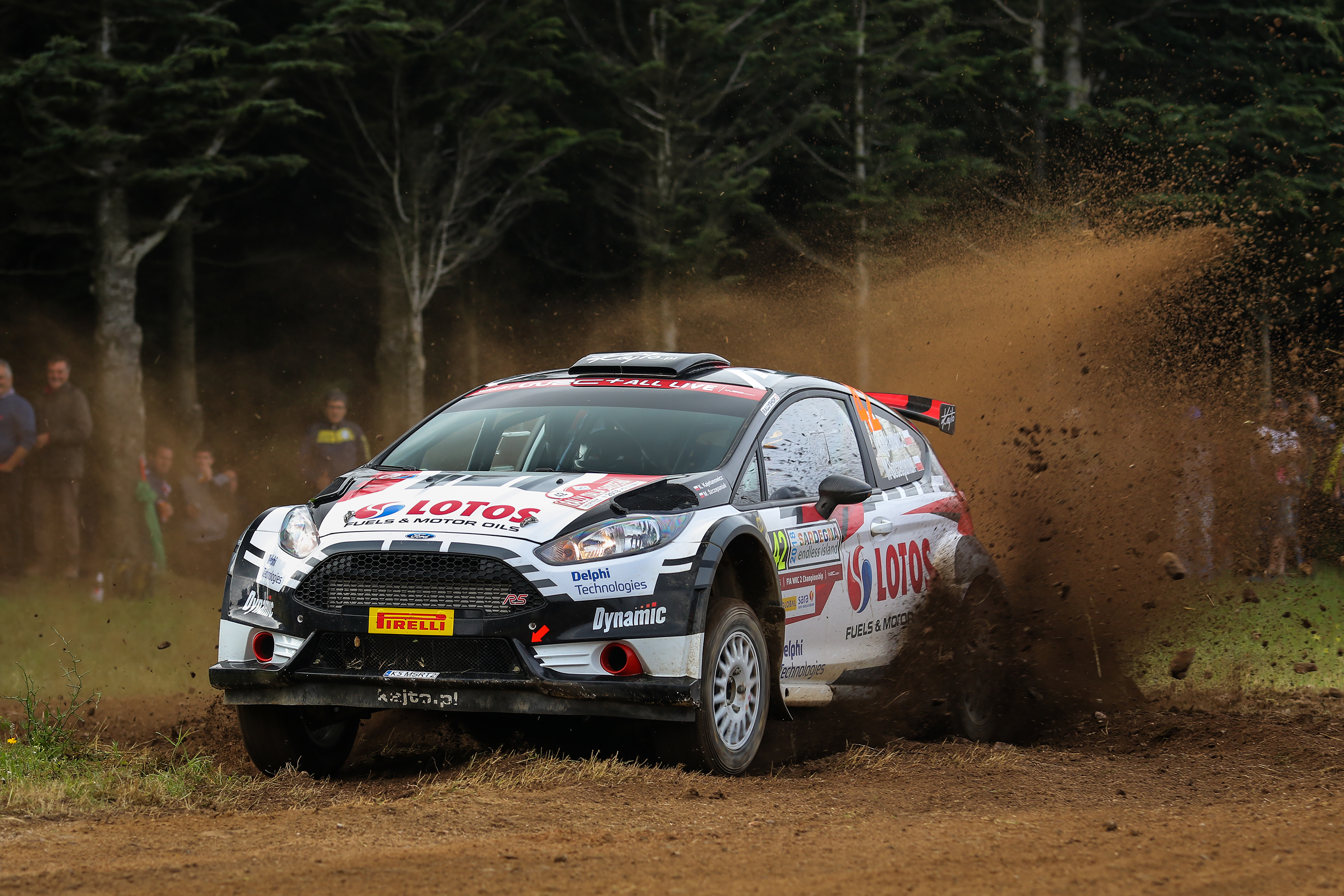 Already on the first stage of the loop Kajetanowicz recorded fourth-fastest time. On the next one, almost 15-kms Coiluna-Loelle 2, he set excellent third-fastest result, losing just 1.2 seconds to stage winners. Although Kajto caught the preceding car on the following stages and lost precious seconds, he draws many positives from today’s running:

– It was quite spectacular on the two final stages. Our tyres were worn and we were lacking some grip. Nevertheless it was a cool experience, we enjoyed ourselves while gaining further experience. When the tyres were working, top-three results were there. On this stage we virtually threw the car between trees. After the finish line we noticed with Maciek that despite our very good pace notes the trees grow in such unusual positions that sometimes you don’t know where to turn. This is our first time here, so I still do not remember these roads, they all mix up in my mind. Approaching the start I do not know which stage it is. Maybe it is better this way? We had far less difficulties today, especially in the afternoon, although we still have to bleed our brakes. A lot is happening here, this is why our overalls are a bit dirty. Sometimes we act as mechanics on the road sections 🙂

The final leg of round seven of the World Rally Championship (WRC) takes place on Sunday. Cala Flumini 1 stage (14.06 kms) starts at 8:45 CET and then the crews will contest Sassari-Argentiera test (9.96 kms). The second loop gets underway after regrouping at 11:12 CET, with second pass of the same stages. The final one begins at 12:18 CET and is run as point-paying Power Stage. After Saturday’s leg the WRC-2 classification is led by the Czech crew of Kopecký and Dresler, driving a factory-run Skoda Fabia R5.