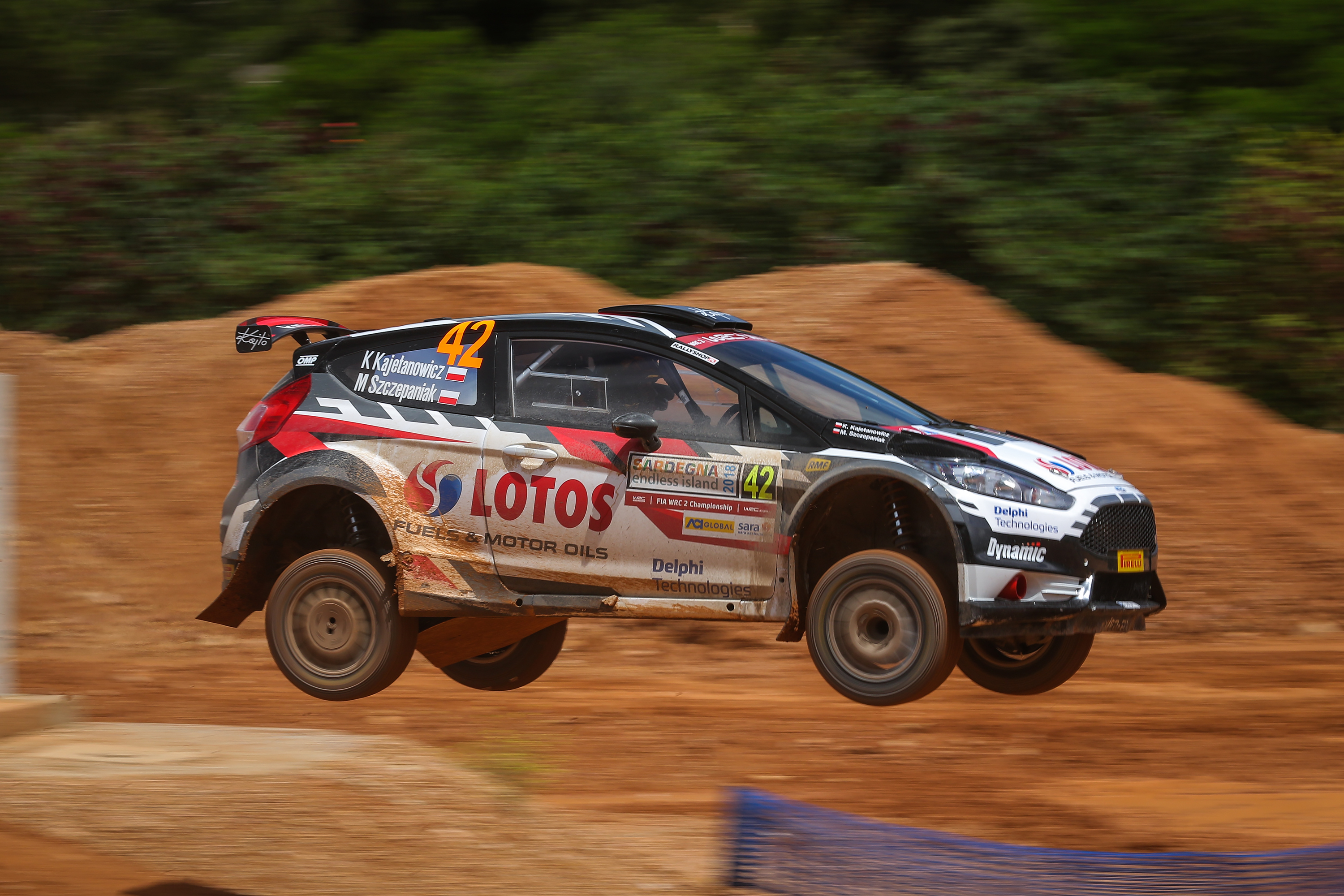 Other competitors also ran into trouble during the first loop. Stéphane Lefebvre, rally leader after ten special stages, damaged his suspension on the following test and had to retire. Fabio Andolfi also lost ground, falling from third to eight position. Factory Skoda driver Jan Kopecký, running in Sardegna for seventh time in his career, currently leads the WRC-2 standings.

– This loop was marked by brakes failure. A brake wire came loose in unusual place – in the middle of the car. Usually it rubs off on the outside or it gets destroyed by stones. We were constantly bleeding the system but you cannot do it forever and we just ran out of brake fluid. Nevertheless we still maintain positive approach. We managed to continue and this is very important for us, second loop awaits us. It was difficult to check the pace notes on the first runs because I was focusing on braking and staying on the road. We were losing many seconds on every kilometre. In one section I had to turn off the car, to avoid sliding down. The brake pedal went to the floor. I would not recommend this kind of experience to anyone

The LOTOS Rally Team crew has another four special stages to go on today’s leg. At the moment the Polish duo holds eleventh position in the WRC-2 standings.