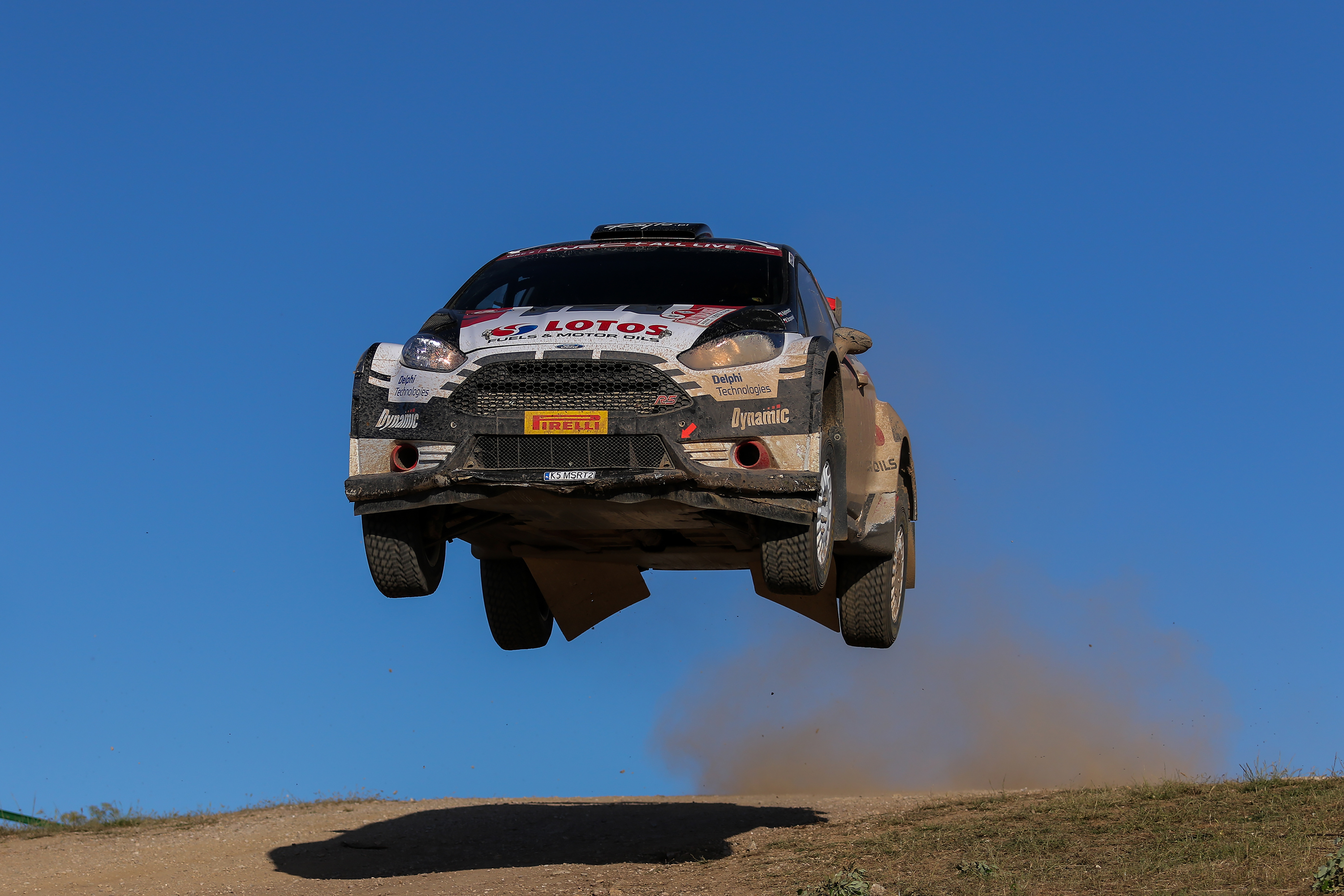 Excellent pace of Kajetanowicz in the closing stages of Rally Italia Sardegna!

The final leg of round seven of the World Rally Championship turned out to be very successful for the LOTOS Rally Team crew. Kajetan Kajetanowicz and Maciej Szczepaniak gained experience with every passing day of their first outing together, dynamically increasing their pace. Today they finished among the frontrunners in WRC-2, setting second- and third-fastest stage times. For the triple European Rally Champion these are career-best results on single stages in the World Rally Championship, recorded in his first WRC event this season! Excellent pace was confirmed by second-fastest result for Kajetan and Maciek in Sunday’s leg classification.

Huge crowd of passionate fans watched the competition on Italian island and there were many Polish flags as well. Narrow, mixed and very demanding gravel roads represented a great challenge, and Rally Italia Sardegna is famous for its demands. Kajetanowicz was the only WRC-2 driver who competed on this route for the first time in his career. Every rival had at least one outing in this event under his belt, so Kajto had to be flexible and vigorously adapt to the situation, in order to take right decisions quickly.

He definitely managed to do it over the course of today’s leg. Kajetanowicz and Szczepaniak claimed second position, setting top four times on each stage – and top three times on SS18 and SS19. In the overall WRC-2 standings the LOTOS Rally Team duo finished the rally in seventh place.

– We have finished an extremely difficult Rally Italia Sardegna. Today it was very fast – our stage times allowed us to claim second position in this leg. This is World Rally Championship and very important day for me, my heart was beating really hard on the final stage. I was the only WRC-2 rookie here and we managed to set some top-three times. I had not expected it before the start because I know the rhythm of getting to know the characteristics of a given rally and you cannot take express classes on this subject. I am grateful to our partners because thanks to them we were able to take this step to WRC and start the season I had been dreaming about for a long time. I want to say thank you to everyone in the LOTOS Rally Team and to the fans for their huge support. We have learnt a lot over the course of this weekend, we know what can be improved. Soon we will take a decision regarding our next event. We will do our best there, as well!

– It was an unusual edition of Rally Italia Sardegna. This is my eight time here but I do not remember such heavy rain as the one we had on Friday. In terms of road surface, this rally is one of the most demanding in the World Rally Championship, especially with the new generation of WRC cars, which cause huge damage to the road. This is why Kajetan earned even more respect for his brave efforts and coping with these extreme conditions. We had some problems but this is part of this sport. At the beginning we fought more with different adversities rather than with our rivals. Today we managed to complete a clean day and I think that everybody noticed what the triple European Rally Champion is capable of. We scored some points and Sunday gives us plenty of optimism for the future

The best rally drivers in the world have six more round to go in 2018 season. The following round takes place on gravel stages in Finland (26-29 July), then the fight moves to German tarmac (16-19 August). Marmaris Rally Turkey takes place in September, followed by Wales next month (4-7 October) – both rounds are run on gravel. October brings also the only event on mixed, tarmac and gravel roads – in Spain (25-28 October). The season comes to an end in Australia (15-18 November). This year’s schedule of Kajetanowicz and Szczepaniak consists of at least four rallies. The information about their next outing will be announced soon.