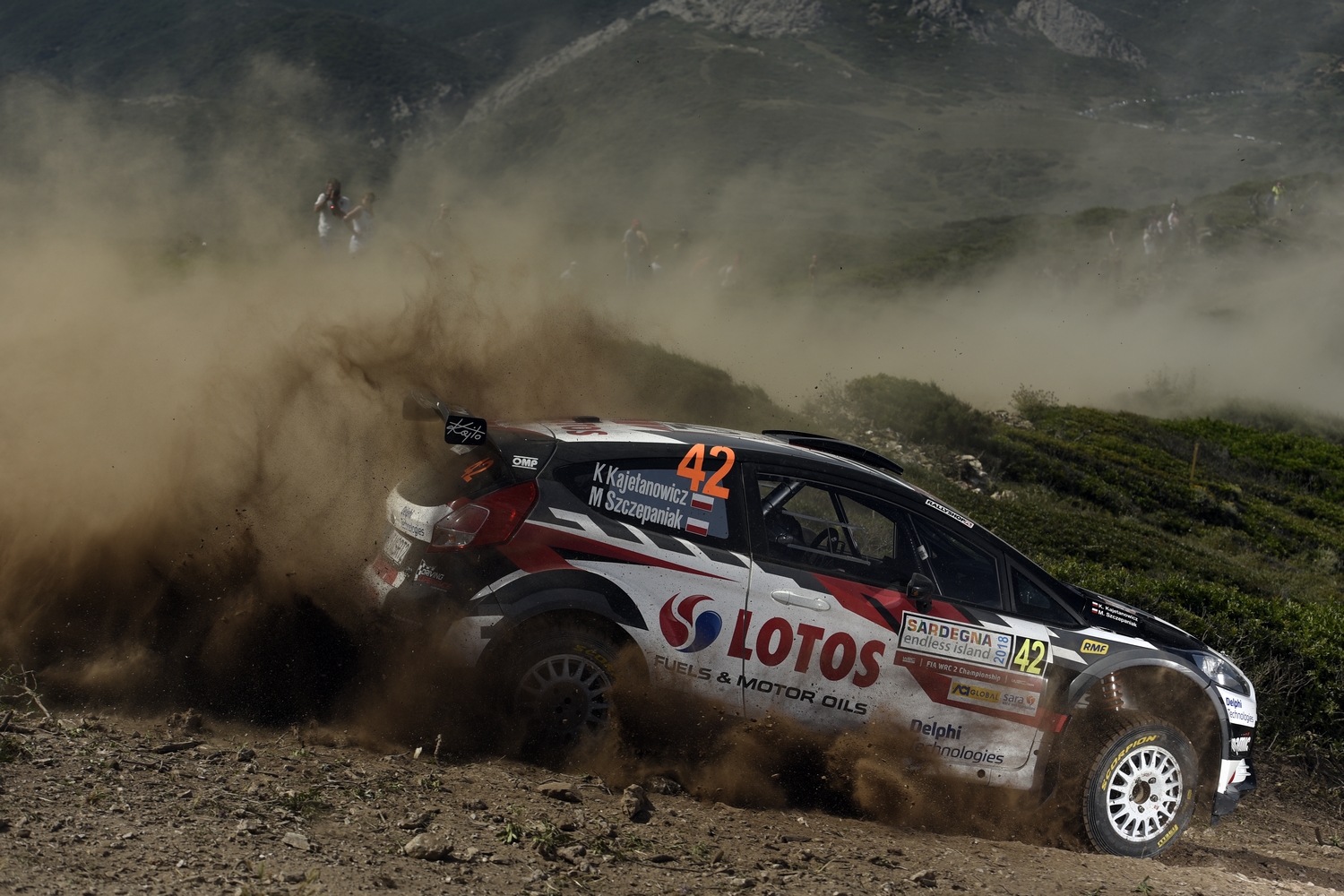 Strong performance of the LOTOS Rally Team on the closing stages of Rally Italia Sardegna brought plenty of optimism ahead of another World Rally Championship outing. Triple European Rally Champions has revealed his plan: Kajetan Kajetanowicz, co-driven by Maciej Szczepaniak, will take part in asphalt ADAC Rally Deutschland (16-19 August). This event attracts strong field of competitors every year, usually over one hundred crews fight closely on roads in Rhineland-Palatinate state. Choosing his second rally in this campaign, Kajetanowicz considered also the Polish fans who visit in large numbers the WRC round which is closest to their homeland. This way the Polish drivers wants to thank them for their support which adds more power in his fight for the best results.

The organisers of this year’s ADAC Rally Deutschland have prepared three extremely difficult legs which consist in total of 18 special stages, on which the best World Rally Championship crews will compete. Among competitive tests there is the legendary Panzerplatte stage, which is over 38-kms long! The route, winding through the Baumholder military range, is bordered with so-called “Hinkelsteins”. These concrete blocks were placed to keep… tanks from driving off the track in difficult conditions. They are also able to stop the rally car effectively and are now a traditional part of the German rally.

– After Rally Italia Sardegna we know our strong points but we also look into the future with humility, being aware of our lack of experience. Our second outing this season is ADAC Rally Deutschland, with narrow and fast stages in very interesting landscape of vineyards, hills and military ranges. I have heard from our fans that they would like to see us competing in Germany, as this is the closest round to our homeland. This makes me even happier, as I can now reveal our participation in this event. For the LOTOS Rally Team the goal remains the same: we remember that in each rally this year we are “rookies”. However, according to our promises and also ambition, for sure we will do our best

Kajetanowicz and Szczepaniak have planned at least four World Rally Championship (WRC) rounds this season. News about further events will be announced after ADAC Rally Deutschland.