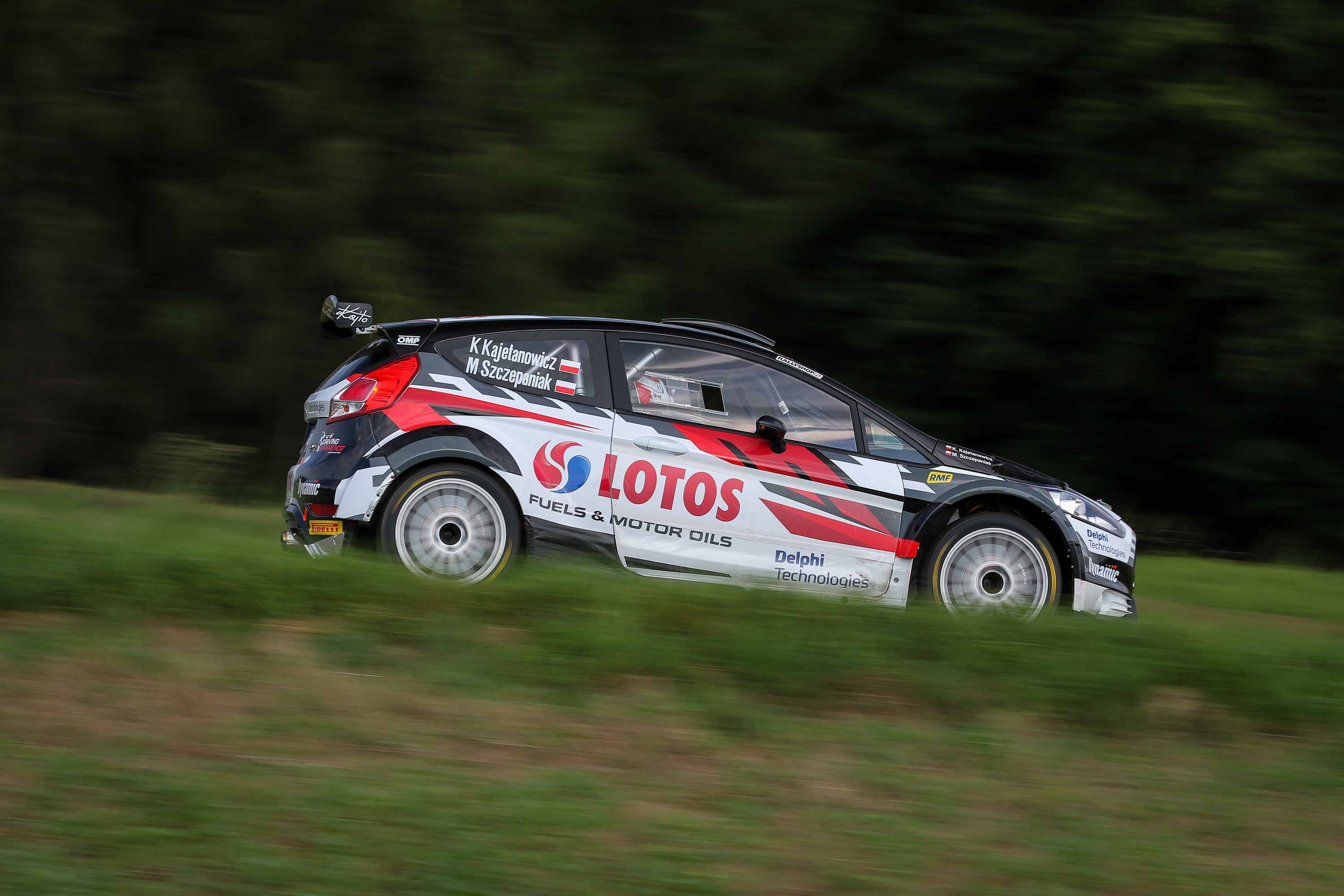 After gravel competition in Rally Italia Sardegna, it is time for asphalt ADAC Rallye Deutschland. Exactly 333 days will have passed since previous outing of Kajetan Kajetanowicz in a tarmac event behind the wheel of a Ford Fiesta R5. The LOTOS Rally Team driver feels enormous thirst for competition and counts the final days before his second World Rally Championship event in 2018. There are 19 WRC-2 crews on the entry list – this is a record number in this year’s competition.

Overall the entry list boasts 88 crews representing 27 countries. Among the WRC-2 competitors there are factory drivers of four manufacturer teams: Ford, Citroen, Skoda and Hyundai. Fifteen drivers have participated in the German event before – four competitors in this category, including Kajto, will take part in ADAC Rallye Deutschland for the first time.

– Rallye Deutschland is coming up. We face a fight against eighteen competitors, this is impressive number and new record this season. Only four WRC-2 drivers will compete here for the first time – including me – and this is an enormous challenge. However, I think we are well prepared. We have been working on this. For sure we will try to show good speed on some stages but we always keep our target in mind and we pursue it dutifully, step by step. This WRC round is the closest one to Poland. During our pre-event test plenty of supporters promised that we would meet on the stages. The feeling of support given by fantastic Polish fans always gives me additional strength. Thank you for this

– The stages consist of very narrow corners, unseen at places, with plenty of crests. Tarmac, or concrete in many sections, destroys the tyres a lot. The brakes also suffer and high temperatures, prevailing in Europe at the moment, might cause additional problems. There is a cherry on top: the famous Panzerplatte stage, inside a closed area of a military range. It is a very long and extremely difficult test

The organisers of this year’s ADAC Rallye Deutschland have prepared three exceptionally demanding legs which consist of 18 special stages – on which the World Rally Championship crews will fight their battle. Among the timed tests there is the famous Panzerplatte stage, over 38 kilometres long! The route, winding through the military range, is bordered with so-called “hinkelsteins”. These concrete, one meter wide blocks, were placed in order to guide trails for… tanks and prevent them from sliding off their path in difficult conditions. They can also effectively stop a rally car and are now a trademark of the German event.