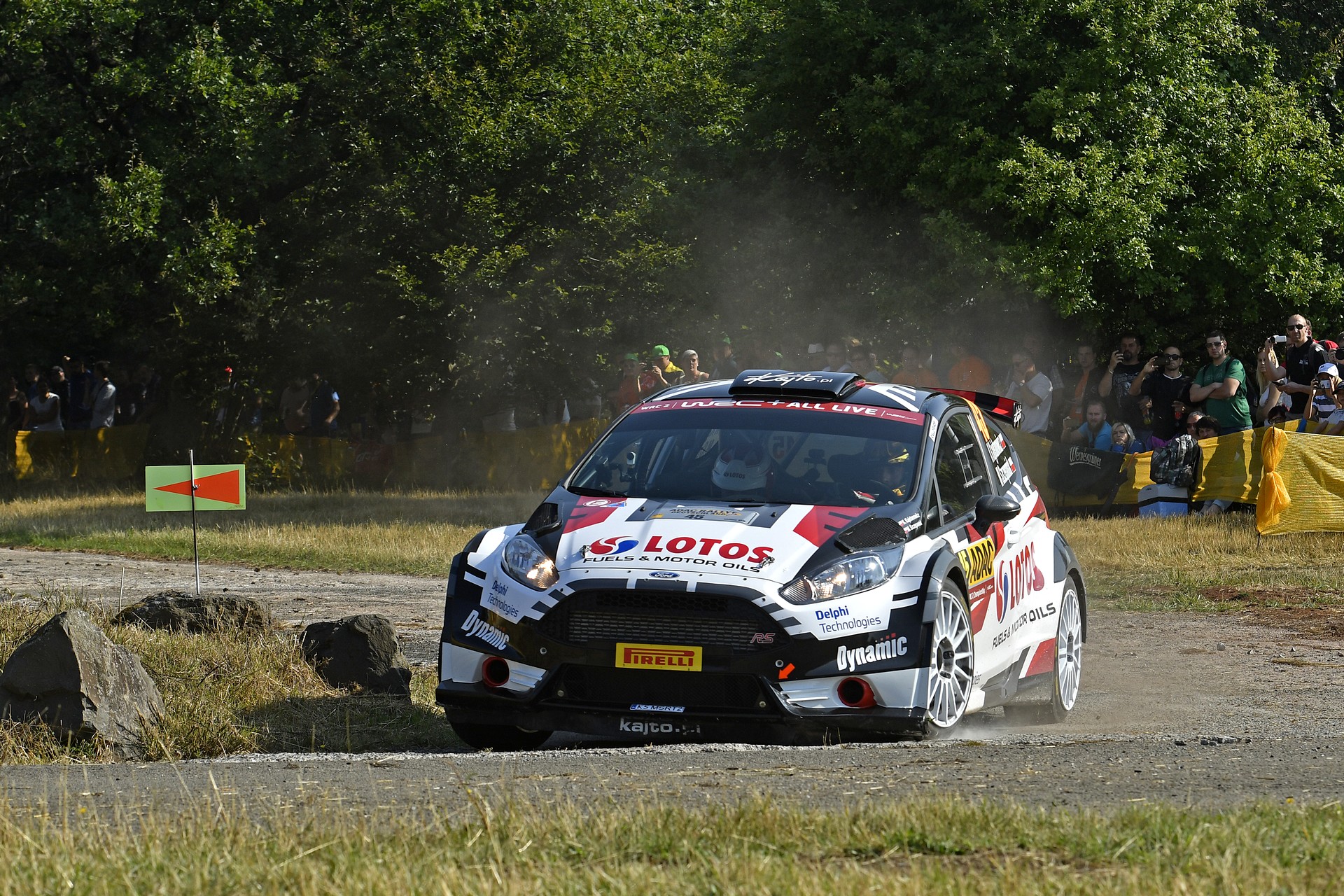 Special stage number fifteen concluded day three of competition in ADAC Rallye Deutschland, round nine of the FIA World Rally Championship. It was a very successful leg for Kajetan Kajetanowicz, who takes part in this event for the first time in his career. Triple European Rally Champion recorded stage times among the WRC-2 frontrunners and finished the day just 7.8 seconds behind the leader! The LOTOS Rally Team driver, co-driven by Maciej Szczepaniak, holds fourth place and less than two seconds separate him from a podium position. Fierce fight for every tenths of a second means that everything can happen tomorrow, during the final showdown.

The crews have covered over 250 competitive kilometres. On Saturday’s stages the WRC-2 leader changed three times and a number of competitors made mistakes. The intensity of the fight is reflected in the standings: Finnish driver Rovanperä (Škoda Fabia R5) is in the lead, followed closely by two fellow Škoda drivers, Andolfi (+4.9 seconds) and Kopecký (+5.9 seconds), while Kajetanowicz in his Ford Fiesta R5 fights against factory Škoda crews and holds fourth position (+7.8 seconds).

– We have completed a very successful day. We drove smoothly, with plenty of excitement, enjoying the competition very much. We tried to drive as fast as possible, avoiding major problems. This is the plan for this rally, without any experience on these stages. I feel better and better with every run, I improve the car settings. I am happy that we can fight against very fast drivers who never give up. Another very long leg is already behind us. Every day we work up to sixteen hours but this is what the World Rally Championship is all about. And I like it!

The final leg of ADAC Rallye Deutschland starts at 7:49 CET on Sunday. To begin with, the crews will tackle two runs of 29.07-kms Grafschaft stage. The competition in round nine of this year’s World Rally Championship is going to end with Power Stage Bosenberg (14.04 kms). The outcome of the rally should be decided shortly after 12:00 CET.