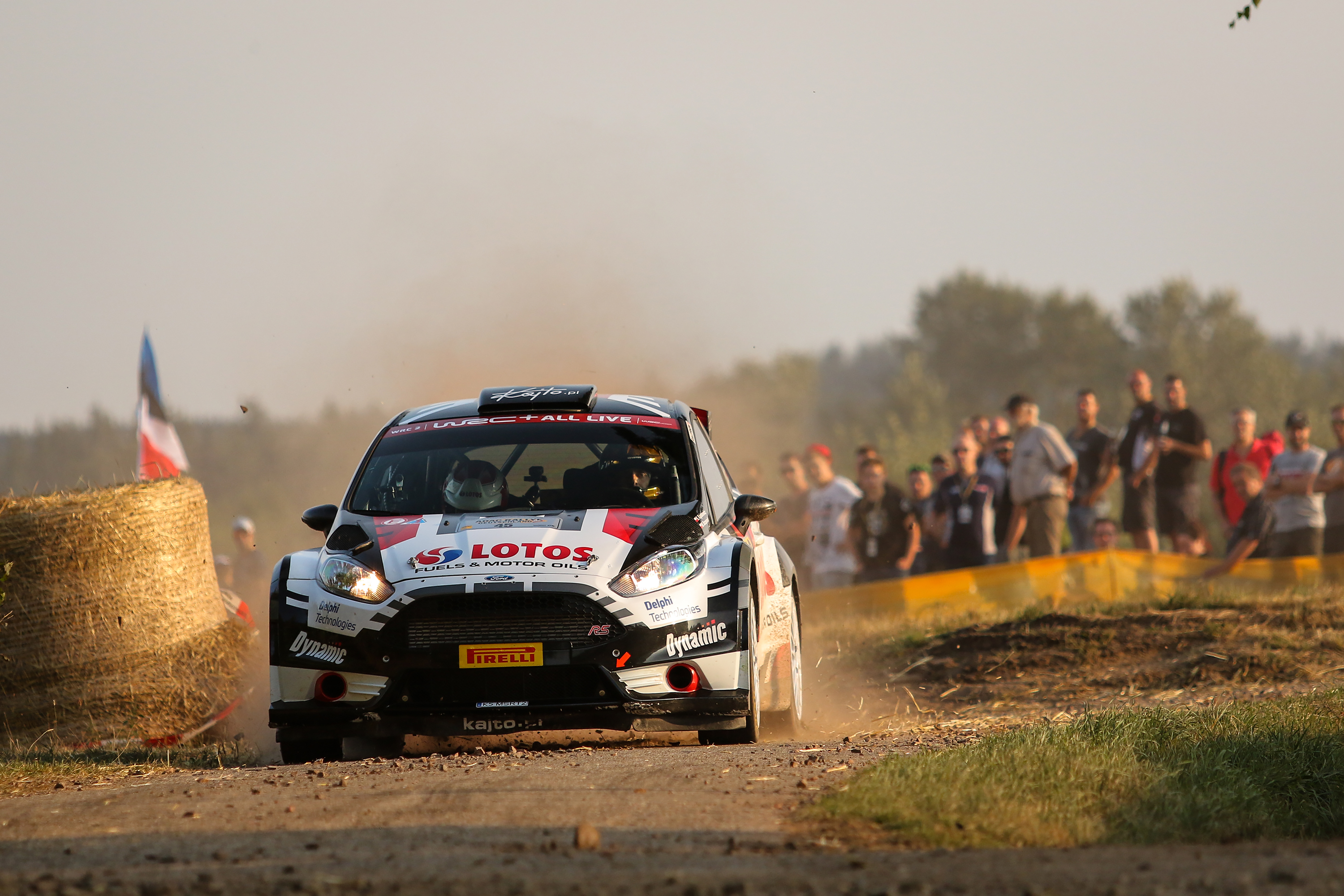 The longest leg of ADAC Rallye Deutschland, round nine of the World Rally Championship, is currently under way. Kajetan Kajetanowicz and Maciej Szczepaniak, who started on Saturday as fourth crew in the WRC-2 category, are moving up the order. The LOTOS Rally Team duo hold second position after eleven special stages, trailing the leaders by just 22 seconds!

The first outing of European Rally Champion on German roads is going very well so far. The Polish driver began today’s competition with fourth-fastest time on stage number eight. Next came the first run of the longest stage – Panzerplatte, in the Baumholder military range. Kajetanowicz recorded third-fastest time there, losing just 4 seconds at the line to the pace-setter. This test was won by the Frenchman Stéphane Lefebvre, driving a factory Citroen C3 R5. The following two stages resulted in ninth- and sixth-fastest times respectively. It was enough to hold the second position in the WRC-2 classification.

– Everything is going according to our plan. We fought on the famous Panzerplatte stage, I had been waiting for this opportunity for many years. It is a classic trademark of Rallye Deutschland. I have heard a lot of stories about this almost 40-kms test and I felt plenty of respect before the start. This is why we were very pleased at the finish line. Our clean driving brings rewards, I am trying to enjoy every single meter of this demanding route. There is so much happening in the competition. Many fans support us along the roads, I can see plenty of flags – many thanks! This rally is very demanding not only for the crew but also for the whole team. Temperatures are raising so tyre wear will increase. However, we have a positive attitude, we gained experience during the opening loop and we will try to take advantage of it as much as possible