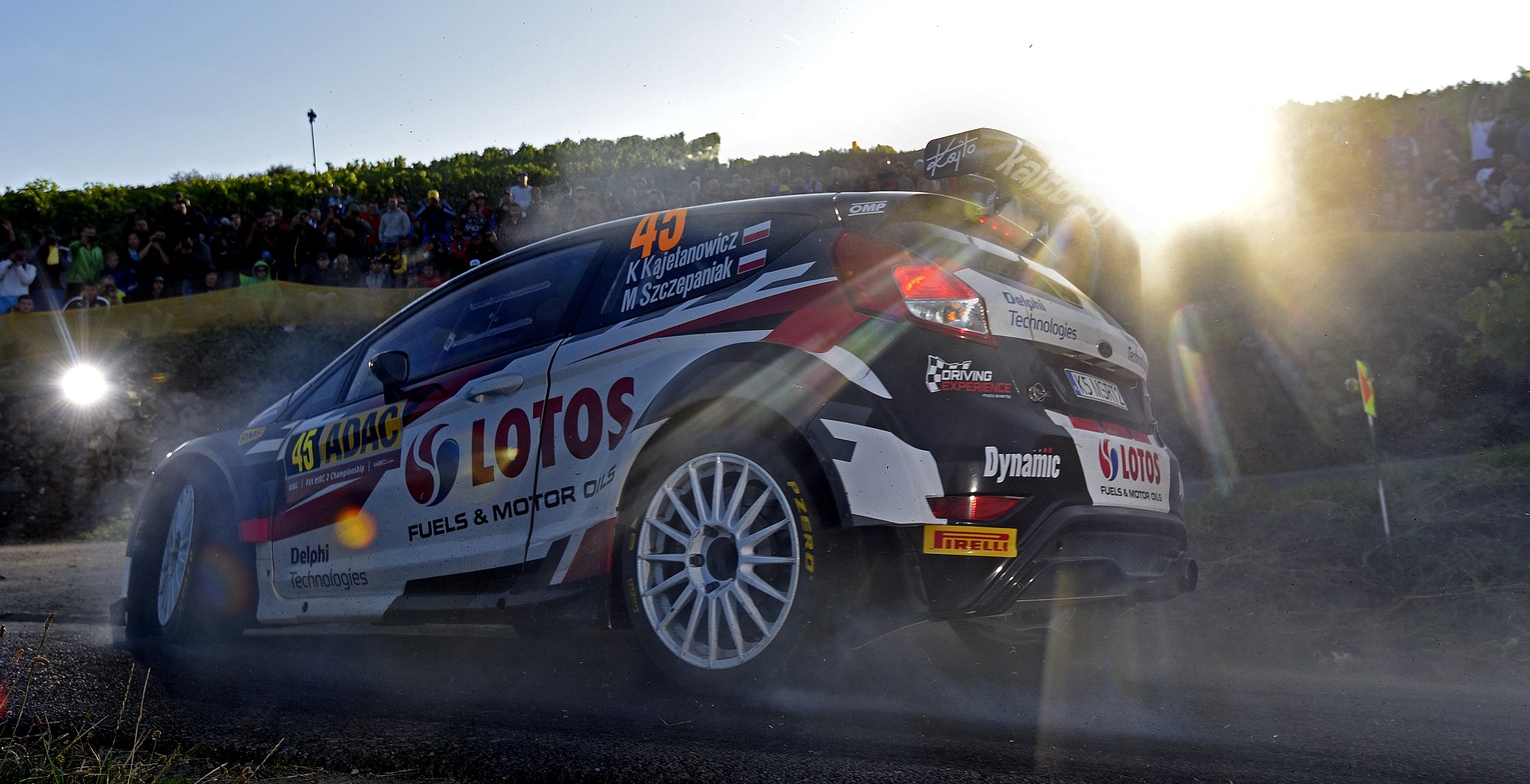 Kajetan Kajetanowicz and Maciej Szczepaniak claimed fifth position in WRC-2 category in ADAC Rallye Deutschland, round nine of the World Rally Championship*! The LOTOS Rally Team crew showed consistent and fast pace in their second start together, scoring 10 points in the championship classification. It was a successful outing for the Polish Ford Fiesta R5 driver, especially considering the fact that he competed in the German event for the first time in his career and it was his third WRC rally. Driving at high pace, they consistently fulfilled their pre-event target, gaining experience on narrow and technical asphalt roads in Germany.

Over 325 competitive kilometres divided into eighteen special stages, total route of almost 1.222 kilometres. This edition of ADAC Rallye Deutschland presented a huge challenge – the second one for Kajetanowicz and Szczepaniak this season. Plenty of rally fans visited the western region of the country, including great numbers of Polish spectators, armed with white and red national flags. Their support fuelled the LOTOS Rally Team crew over the course of four days – and Kajto has stressed it many times.

This rally could be called a “three-in-one” event: it comprises of narrow roads through vineyards, distinctive special stages on a military range and fast, wide sections between villages. The WRC-2 category was ultimately won by factory Skoda driver Jan Kopecký, who competed here for the ninth time and scored his fourth podium. Other drivers who finished ahead of Kajetan included also double and reigning German rally champion Fabian Kreim.

– Before Rallye Deutschland I would take fifth place straight away. These stages were extremely difficult, the grip was changing all the time. I did not manage to avoid mistakes and overshot one junction but our opponents also committed errors. The car was working perfectly, our team was also very committed and focused. Competing in the World Rally Championship makes our dreams come true. We know our strengths but we are also aware that you cannot simply accelerate the process of experience gaining. However, we can already show that it is possible to fight for podium even on our first try. It is very encouraging and I believe that we bring our partners and fans plenty of excitement. We used the lessons from the opening loops to get closer to the factory crews. They compete over the full season, they know these rallies, but fighting with these things in mind gives me even more motivation. Rallye Deutschland is an asphalt highlight of the year and finishing this event in top five among WRC-2 crews brings a lot of joy – said Kajetan Kajetanowicz, the LOTOS Rally Team driver, summing up the rally.

– This was my eleventh outing on these stages while Kajetan competed here for the first time. I am very pleased that he did so well. Every day he took the fight against the frontrunners but this should not surprise anyone, as we are talking about the driver who has been showing his potential on international stage for many years. Our rally went without major problems, thanks to great car preparation and very efficient team. I am looking forward to our next start together – added Maciej Szczepaniak, co-driver of Kajetan Kajetanowicz.

There are still four World Rally Championship rounds to go this season. On 13-16 September 11. Marmaris Rally Turkey takes place, coming back to the WRC calendar after eight years. Afterwards the crews move to Wales, where they will compete in 74. Dayinsure Wales Rally GB (4-7 October), and then to Spain, for 54. Rally RACC Catalunya-Costa Daurada (25-28 October). The season comes to an end with 27. Kennards Hire Rally Australia in the second half of November (15-18 November). Kajetanowicz and Szczepaniak will soon take the decision regarding their further outings this year.