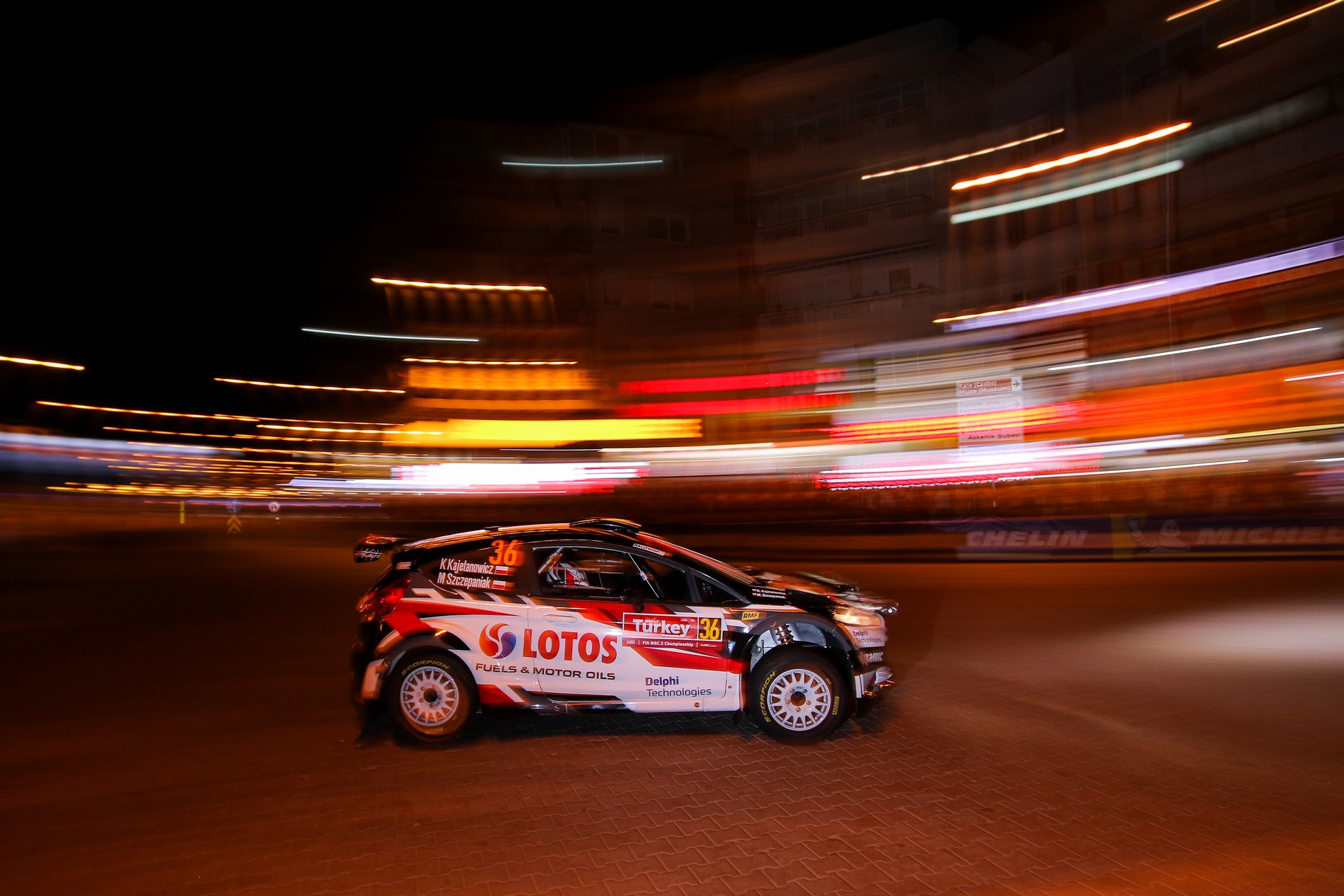 The rivalry in Rally Turkey is underway, with Kajetan Kajetanowicz and Maciej Szczepaniak competing in round ten of the World Rally Championship. The LOTOS Rally Team duo is the only Polish crew in this event, held in Marmaris on the Aegean Sea coast. They have a chance to gain more precious experience, battling against their WRC-2 opponents – and they started the competition with setting the fastest time on the opening stage!

The gravel roads of Rally Turkey are mainly characterised by twisty and not very fast special stages, with many stones. More and more rocks appear on the surface with every passing car, adding some unpredictability to the competition – therefore the crews will have to focus on finding the perfect balance between fast driving and pace which is safe for the tyres and suspension components.

In the evening the organisers have prepared the official starting ceremony on the harbour boardwalk, attended by huge crowd of fans and tourists. The curtain-raiser, superspecial stage Turkey – on the streets of Marmaris, virtually on the sea coast – started at 20:08 local time. Kajetanowicz and Szczepaniak showed very precise driving, setting the best time in WRC-2 category and fourth-fastest overall! The Polish crew lost out only to the top WRC crews.

– The route is beautiful but at the same time demanding and complicated. There are many stones so we can expect some lottery here. I am happy to contest the rally about which I could only dream some time ago. Many years ago I watched the World Rally Championship in Turkey and I saw that this event is similar to Cyprus or Greece – some of the most difficult rallies ever. The temperature inside our car is very high, not only because of the weather conditions but also due to low speed stages, on which it is not possible to cool the car down. Everything gets very hot from the exhaust, gearbox and engine, so sometimes the temperature inside reaches 70 degrees Celsius. It will be difficult to stay focused. It is more or less the same for everybody, although the road position will matter. Somebody will be lucky and others – less so

– said Kajetan Kajetanowicz, the LOTOS Rally Team driver, ahead of the start.